Is It Safe to Eat Blackened Food While Pregnant?

Find out if those tangy, tasty spices are okay right now. 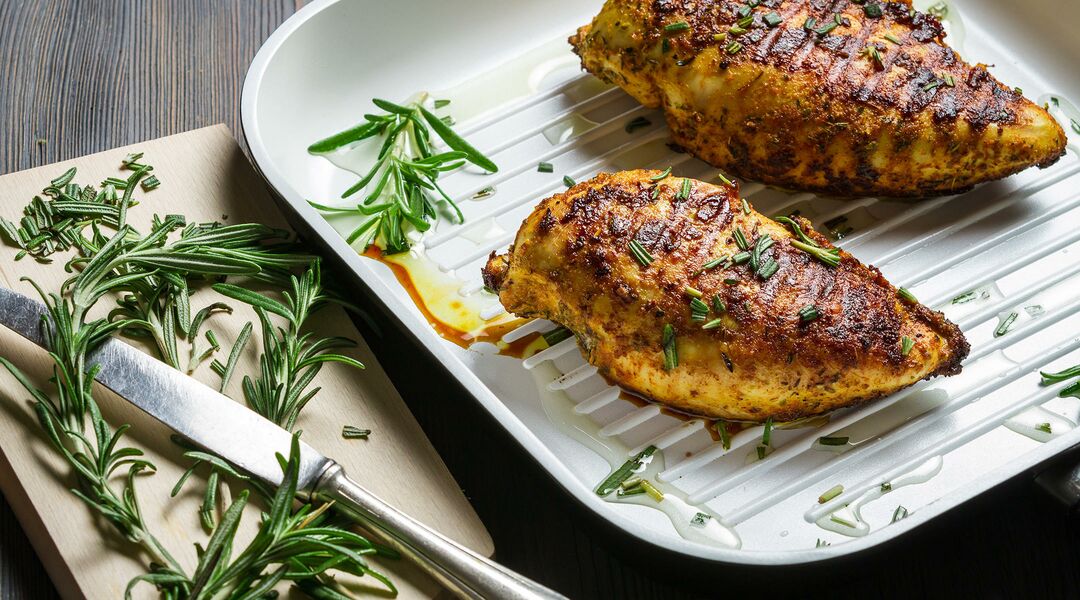 Blackening is a food-prep technique that typically involves coating seafood, meat and even vegetables with a tangy blend of spices, including paprika, cayenne pepper, garlic powder, onion powder, thyme and oregano. The spice-crusted bites are then pan-seared at extremely high heat to bring out the zesty flavor—and often, a nice, charred crust. Hot, spicy foods in general pose no risks to pregnant women. The concern is that burnt foods may contain cancer-causing carcinogens, and should therefore be avoided by everyone, not just moms-to-be. Indeed, one Dutch study did find an increase in cancers among women who consumed a relatively greater portion of overcooked (burned) foods than those who didn’t, although it’s hard to draw a concrete cause-effect relationship. Still, steering clear of scorched foods is probably a good idea whether you’re expecting or not.

While urban legend has it that eating spicy foods can cause a pregnant woman to go into labor, Hilda Hutcherson, MD, clinical professor of obstetrics and gynecology at Columbia University Medical Center and the author of What Your Mother Never Told You About S-e-x, insists that’s an absolute myth. (Still, some expectant moms have been known to embark on a steady diet of suicide wings and jerk chicken when their due dates come and go, in an effort to get the party started already. Alas, it’s not proven to work.)

As long as you don’t burn foods to a crisp when you blacken, the pros say the cooking style is inherently safe—although it still matters what you’re putting the spices on. Along with known no-nos like raw eggs and unpasteurized foods and beverages, the American Pregnancy Association cautions pregnant women to avoid raw or undercooked meat, deli meats and certain seafood. According to San Diego–based expert David M. Priver, MD, FACOG, the FDA list of unsafe fishes changes frequently; currently they advise against eating shark, swordfish, king mackerel and tilefish, among others, since they have high levels of mercury. Instead, the pros encourage pregnant women to eat a variety of healthy foods—which can include Cajun-style chili and browned (just not blistered) tofu, if that’s what you’re craving.

Foods to Avoid During Pregnancy

What to Eat While You’re Pregnant