Nausea and vomiting are definitely no fun—but there's a seriously awesome upside to it all. 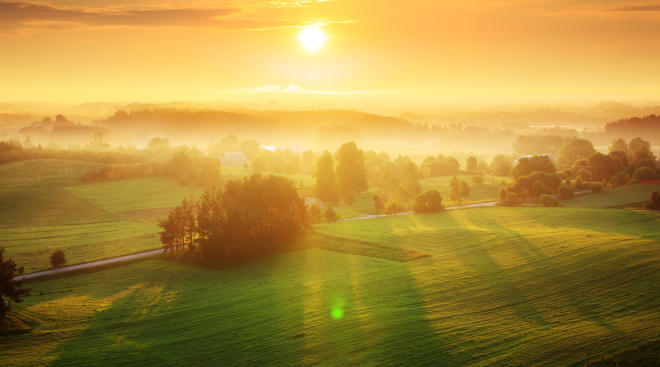 Is the only thing getting you through your first trimester morning sickness the rumor of a high-energy, nausea-free (and seemingly faraway) second trimester? Feeling sick is never fun, but recent studies suggest there’s a silver lining to your queasiness: a lower risk of miscarriage and other complications during pregnancy.

Nausea and vomiting are extremely common among moms-to-be, affecting up to 90 percent of pregnant women, according to Jennifer Neczypor, CNM, a certified nurse midwife at Massachusetts General Hospital in Boston. The exact cause of morning sickness isn’t entirely clear, she says, but it’s thought to be due to a combination of factors, including increased levels of pregnancy hormones, as well as the pressure of the growing uterus on the stomach, the lower blood glucose levels in early pregnancy and the fact that the digestive tract moves slower during pregnancy.

Of course, not all women experience morning sickness to the same extent. (It’s not even a terribly apt name, given that moms-to-be can feel sick at any time of the day, not just the morning hours.) According to Neczypor, nausea and vomiting of pregnancy (NVP) appears to be worse for women with pre-existing motion sickness, migraine disorders, hypersensitivities to certain tastes and who tend to feel nauseous when taking hormonal birth control. A smaller contingent—about 1 percent—of pregnant women experience hyperemesis gravidarum, which involves severe vomiting accompanied by weight loss greater than 5 percent of their pre-pregnancy weight and possible dehydration.

No one likes feeling nauseous, even if it’s moderate or short-lived. The good news behind all this? “Evidence shows that some degree of NVP is associated with an increased likelihood of a positive pregnancy outcome,” Neczypor says.

The Link Between Morning Sickness and Fewer Miscarriages

While there hasn’t been a ton of research on the protective effects of nausea and vomiting during pregnancy, a couple recent studies show that NVP appears to be linked to lower rates of miscarriage, especially for women who have a previous history of pregnancy losses, Neczypor says. Not only that, but NVP is also now being associated with a lower likelihood for problems such as intrauterine growth restriction, birth defects and preterm birth. “Additionally, limited evidence appears to show that children of women who experienced moderate to severe NVP appear to achieve childhood developmental milestones in a more timely and consistent manner than do those whose mothers did not experience NVP,” Neczypor adds.

A 2014 study, out of The Hospital for Sick Children and the University of Toronto’s Motherisk Program, found that moms who were victims of morning sickness experienced three times fewer miscarriages, up to 80 percent fewer malformations and fewer preterm births than those who didn’t. This “preventative effect” of nausea even held true for women over 35, whose miscarriage risk is higher.

Another report, published by National Institutes of Health researchers in 2016, “confirms that there is a protective association between nausea and vomiting and a lower risk of pregnancy loss," says Stefanie N. Hinkle, PhD, a staff scientist in NICHD’s Epidemiology Branch and the study’s first author. In fact, researchers found that women who experienced nausea alone or nausea with vomiting were 50 to 75 percent less likely to experience a pregnancy loss than those who didn’t.

So why is nausea and vomiting thought to be good for the health of the pregnancy? Unclear. Some think NVP developed as a evolutionary defense mechanism to encourage women to eat carbohydrate-rich foods and discourage them from eating anything potentially poisonous that could lead to miscarriage or fetal malformation. Others suspect NVP might indicate viable placental tissue, “which would explain why pregnancies with NVP are more likely to result in healthy, full-term babies who go on to meet developmental milestones,” Neczypor says. Another theory is that NVP is sparked by a surge in pregnancy hormones, which could explain why women pregnant with multiples often have more severe nausea and vomiting than those carrying a single baby.

What the Research Means for Moms-to-Be

First, it’s important to recognize that there are several limitations to the available research. “Existing studies often focus on rather homogenous groups of women who have previously experienced early miscarriages, so the results may not be applicable to women who are either pregnant for the first time or who have previously given birth without suffering early pregnancy loss,” Neczypor says. There’s also a lack of information from women across a range of enthic, cultural and socioeconomic groups. Plus, most of the studies on NVP have relied on patient-reported data, which is “prone to human error, forgetfulness, exaggeration, recall bias and a number of other flaws,” she adds.

While many moms-to-be feel sick to their stomach during early pregnancy, there are plenty of women out there who never feel nauseous at any point of their pregnancy. If you haven’t experienced any NVP, don’t panic—it does not mean your pregnancy is at risk.

“Scientific studies deal in generalities, and that while research gives us tremendous insight into overall patterns and links between various factors, it cannot predetermine the outcome of any one woman’s particular pregnancy,” Neczypor emphasizes. “If an intrauterine pregnancy has already been clinically confirmed, women who experience little to no NVP should try to focus on their overall health and well-being, rather than worrying about why they’re not nauseous or vomiting.” Reviewing pregnancy safety with your doctor, improving your diet, exercising regularly and reducing stress are all important ways to preserve your health and that of your pregnancy.

If you are experiencing nausea and vomiting, hang in there—and maybe try a few of these tips and tricks for settling your stomach.

How to Deal with Nausea During Pregnancy 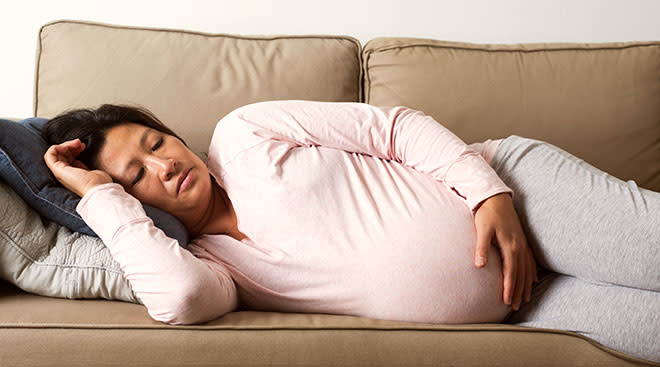 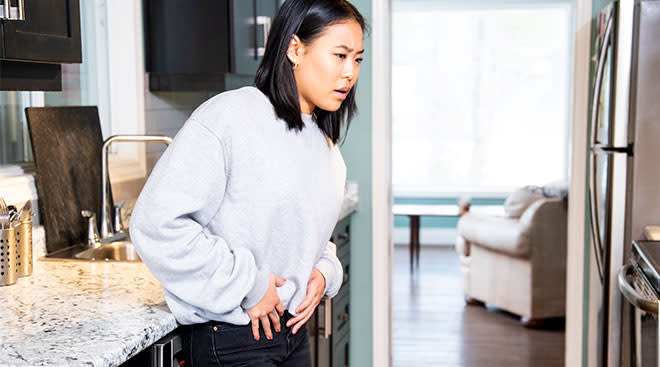 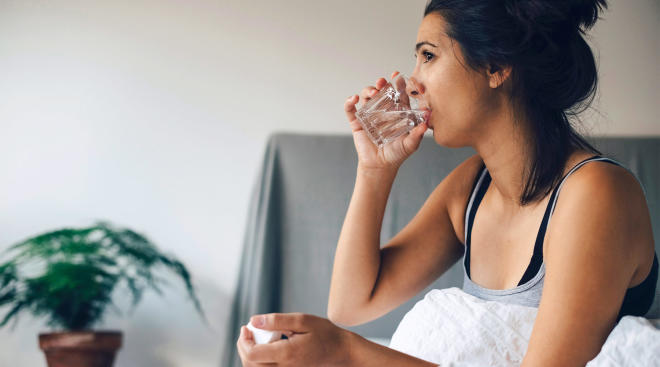 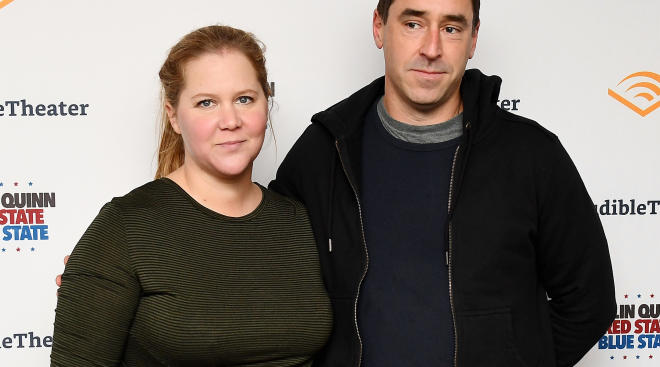 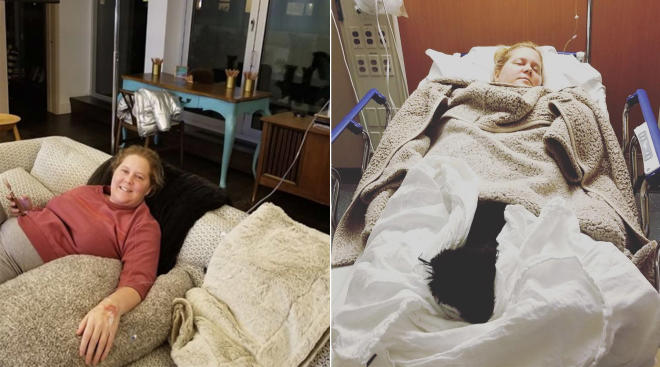 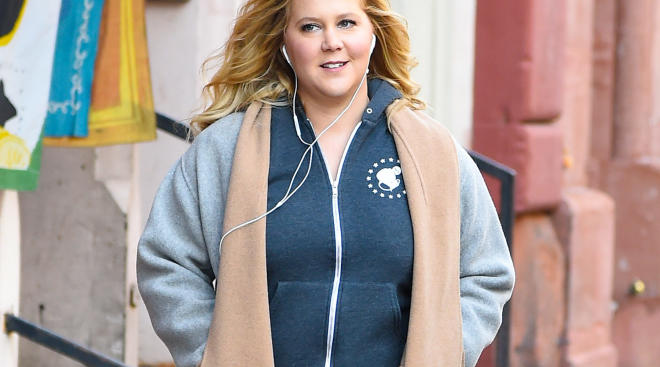 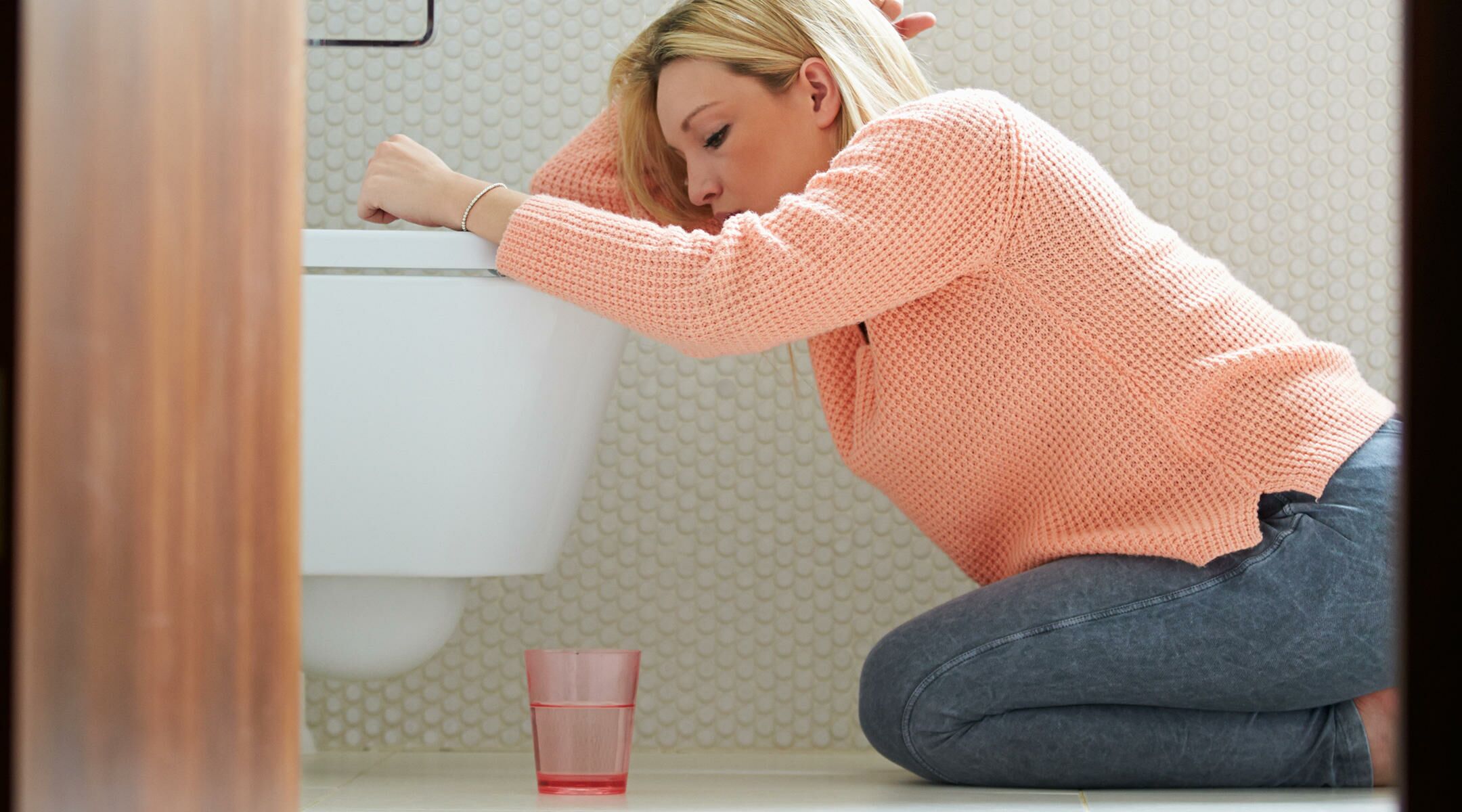 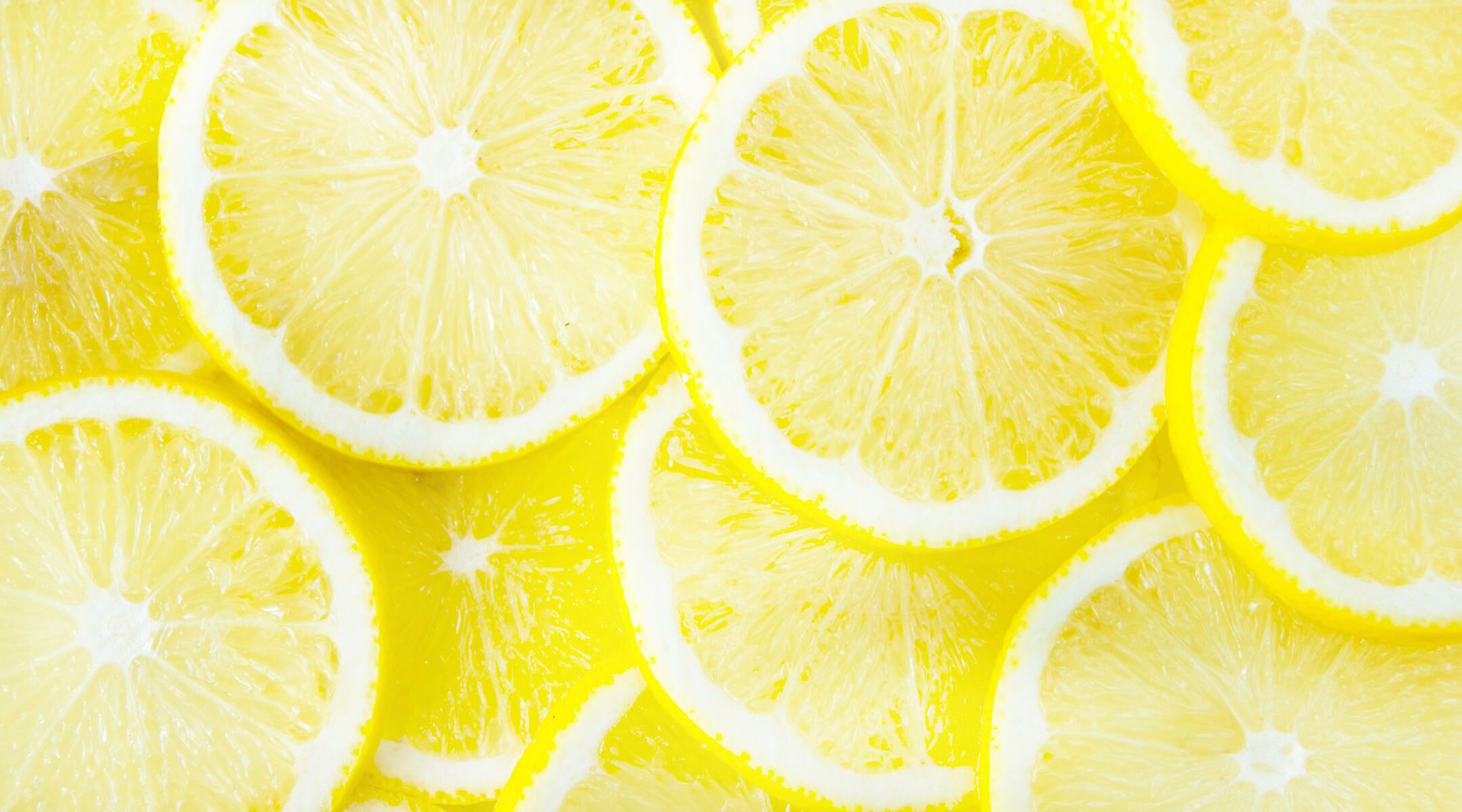 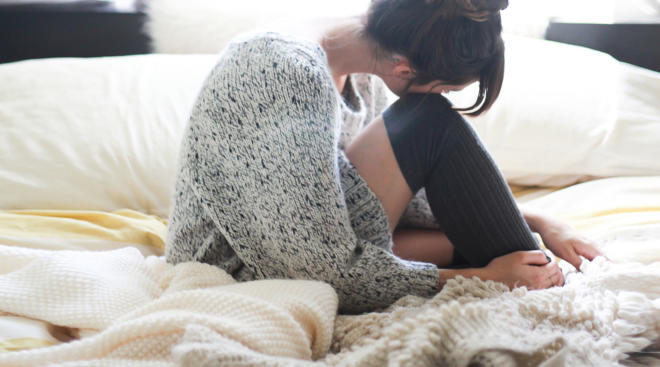 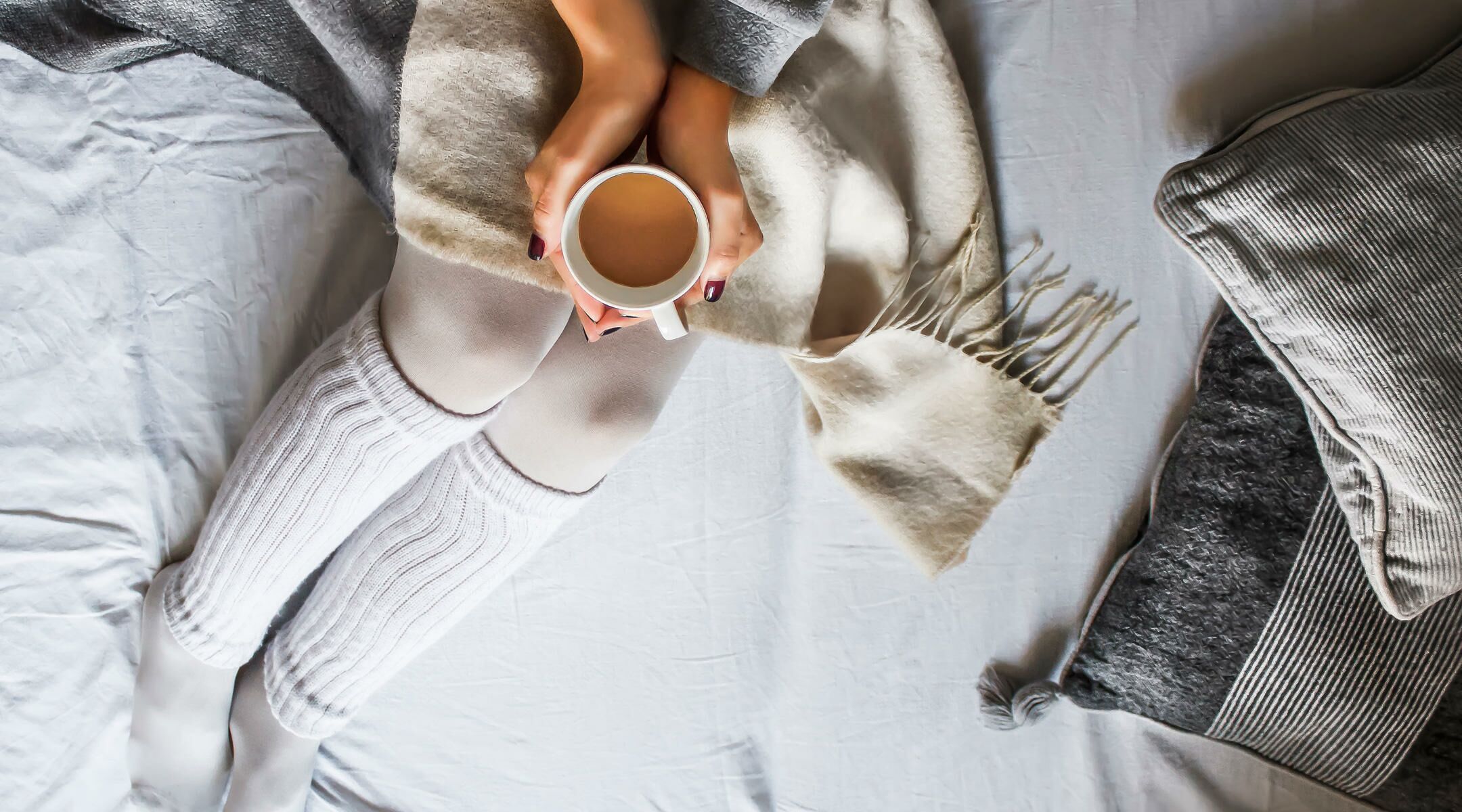