If pregnancy nausea has you down, these remedies can help you feel better.
Save article
ByAmy Paturel, MS, MPH
UpdatedApr 2017 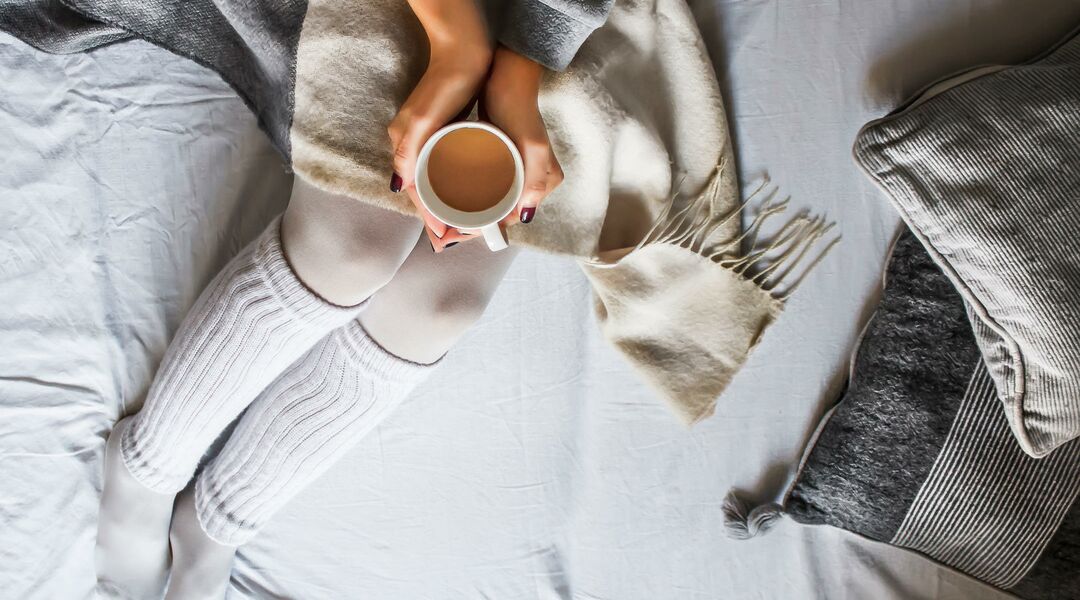 If you’re suffering from morning (and maybe noon and night) sickness, you may be wondering why it happens and whether it serves a purpose. “Nausea and vomiting often are an indication that pregnancy hormones are elevated, which is a sign that the pregnancy is moving forward,” says Laura Riley, MD, medical director of labor and delivery at Massachusetts General Hospital and author of You and Your Baby: Healthy Eating During Pregnancy. “But that’s not to say that women who don’t get morning sickness are at risk for a miscarriage,” Riley adds. About 25 percent of pregnant women who have healthy pregnancies never experience nausea, but for those who do, morning sickness usually lasts throughout the first trimester.

Your odds of having morning sickness are greater if you experienced nausea as a side effect of birth control pills, suffer from motion sickness, have female relatives who endured morning sickness or are pregnant with multiples. The good news is that a combination of lifestyle and dietary changes, as well as some alternative approaches, can provide relief in most cases.

How to prevent morning sickness

To help avoid or at least minimize morning sickness, follow the “slow, steady rule” when eating. Instead of consuming three large meals a day, eat six small ones spread throughout the day, says Melinda Johnson, MS, RD, a spokesperson for the American Dietetic Association. And never let yourself get hungry; dips and spikes in blood sugar may add to queasiness. This is also why many women feel nauseated first thing in the morning—they haven’t eaten anything since before they went to bed. To avoid having an empty stomach, nibble on bland foods such as saltine crackers and dry toast, and keep a box of crackers at your bedside to munch on before getting up in the morning.

Some experts recommend passing up foods that have strong odors, as well as greasy or spicy foods. However, simply listening to your body is the best advice. “Eat what makes you feel better, or at least not worse,” says Johnson. As long as you drink plenty of water and keep taking your prenatal vitamins, baby will be fine.

How to find pregnancy nausea relief

If nausea strikes despite your best efforts to avoid it, cold foods may be soothing, especially water-rich choices like melons, grapes, berries, fruit smoothies, cucumbers and oranges. In fact, for some women, eating any form of citrus helps alleviate nausea; even just sniffing a lemon can help. Others find relief by sipping vinegar mixed with warm water and honey (make sure it’s pasteurized honey and not raw).

Ginger is another antidote. A study published in the American Journal of Obstetrics and Gynecology found that ginger was somewhat helpful in alleviating morning sickness—more so when taken in capsules than in any other form. Fresh ginger, ginger powder (in tea) or dried ginger in tablet form is more potent than a less concentrated form of ginger, such as ginger ale, ginger snaps or prepared ginger tea.

Acupuncture can be a safe, effective “alternative” remedy as well; most women need two or three treatments a week through the first trimester. Acupressure wristbands (such as ReliefBands), designed to stimulate the acupuncture points that alleviate nausea, are also available. But the bands won’t do much for women whose acupuncture points aren’t sensitive to surface stimulation.

If you’re vomiting, it’s essential to stay hydrated in order to replenish lost electrolytes—minerals such as sodium and potassium that regulate the fluid balance in your body. So load up on ice chips, citrus-flavored slush drinks, flat ginger ale (carbonation may make your nausea worse) and popsicles. Pace yourself with slow, steady sips. If you drink more than two ounces at a time, fluids tend to bypass the tissues and travel directly to the kidneys and bladder.

What to do if you feel sick all the time

For moderate cases, described as strong or persistent symptoms that interfere with a woman’s quality of life or ability to take care of herself, doctors may recommend vitamin B6 supplements. Pregnancy depletes water-soluble vitamins such as B6 more quickly, so taking a supplement or loading up on food sources that contain B6, such as egg yolks, yogurt and whole grains, may help alleviate morning sickness. “Work with your doctor to get the appropriate dose,” says Johnson. The general recommendation if you’re pregnant is 1.9 milligrams a day, while the therapeutic level can be up to 25 milligrams three times a day.

According to Johnson, relieving morning sickness often requires trial and error. “Pregnancies are as unique as babies, so keep trying different remedies,” she says.