Don't worry; you can still have your daily cup.
Save article
ByAnisa Arsenault
Associate Editor
PublishedApr 2018 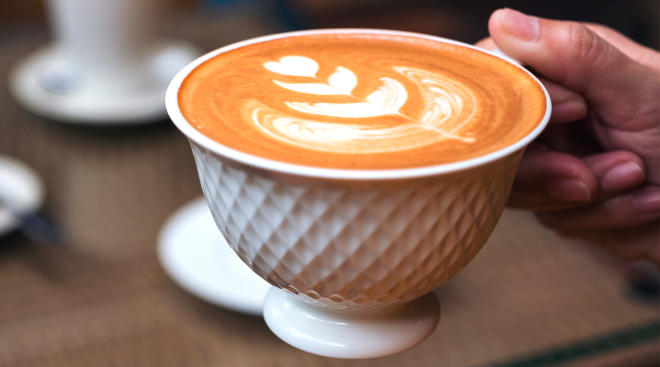 If you cherish the 200 milligrams of caffeine per day that’s generally said to be safe during pregnancy, don’t worry; you’re still in the clear. But a new study is examining how different levels of caffeine during pregnancy can affect baby, and straying into higher levels can lead to higher weights throughout baby’s first year.

Just how much coffee would constitute 300+ milligrams of caffeine per day? It depends on how you make your coffee, but a standard 12-ounce cup has about 200 milligrams. And of course, caffeine can come from other sources, like tea, soda and candy.

Women who fell into the “average” and “high” groups did appear to still be slightly affected by caffeine, raising kids with 10 percent and 30 percent higher risks, respectively, of excess growth.

A caveat: The women surveyed were only asked to record their caffeine intake once, at 22 weeks of pregnancy. So there’s not a ton of consistent data to draw conclusions from. But it’s enough to support existing recommendations of limiting your caffeine intake to 200 milligrams or less. Remember, when you load up on caffeine, baby does too, because it crosses the placenta. That jolt is stronger to her system—and heart rate—than yours.