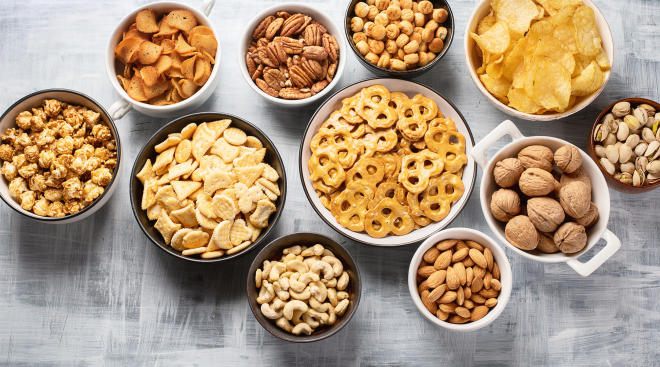 Munching on nuts during pregnancy may benefit baby’s brain later in life, a new study from the Barcelona Institute for Global Health suggests.

Nuts have already been known to help reduce the risk of hypertension, oxidative stress and diabetes, as well as potentially protect against cognitive decline in older age. Now, the recent study points towards one more benefit to add to the list. After running tests on children, researchers saw links between a maternal diet rich in nuts during the first trimester of pregnancy and improved neurodevelopment in their child.

The study included more than 2,000 mother and child pairs. Researchers obtained information on the mother’s nut intake through questionnaires on eating habits, which the women completed during the first and third trimesters. Each kid’s mind and brain development was assessed using several different tests after 18 months and then five and eight years after birth.

The results showed kids whose mothers ate more nuts during the first trimester of pregnancy had the best results in tests measuring cognitive functioning—their ability to learn and solve problems—as well as attention span and memory skills. The benefits were seen from mothers who had an average of just under 30g servings of nuts a week. Walnuts, almonds, peanuts, pine nuts and hazelnuts are the nuts the moms in the study ate. Nut consumption in the third trimester didn’t show the same or as strong of a link.

"The brain undergoes a series of complex processes during gestation and this means that maternal nutrition is a determining factor in fetal brain development and can have long-term effects,” explains Florence Gignac, ISGlobal researcher and first author of the study. “We think that the beneficial effects observed might be due to the fact that the nuts provided high levels of folic acid and, in particular, essential fatty acids like omega-3 and omega-6. These components tend to accumulate in neural tissue, particularly in the frontal areas of the brain, which influence memory and executive functions.”

In addition to nuts, here are a bunch of other superfoods to add to your diet during pregnancy.