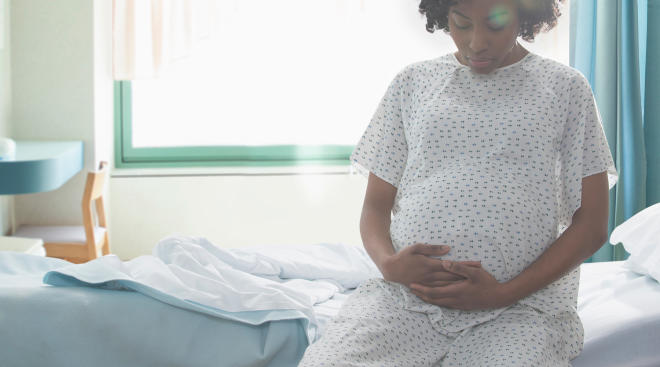 The mom, Bethan Simpson, discovered her baby had spina bifida at her 20-week scan. After the diagnosis, doctors advised the 26-year-old and her partner to terminate the pregnancy.

Spina bifida is a condition where the spine and spinal cord do not develop properly during pregnancy, causing a gap in the spine. It usually leads to paralysis of the legs, incontinence and sometimes learning difficulties. The earlier spina bifida is repaired the better for long-term health and mobility.

The foetal repair surgery was a "no brainer” for the mom, and she became on of the first mothers in the UK to undergo the procedure.

The four-hour operation took place at Great Ormond Street Hospital when Simpson was 24 weeks pregnant. During the surgery, surgeons opened her womb to sew the tiny hole in the baby’s lower spine, and repositioned the spinal cord.

While the procedure is predominantly carried out in the US and Belgium, the mom is believed to be the fourth person to undergo the surgery in the UK, according to BBC.

Advancements in science and medicine will never cease to amaze us. Last year, a revolutionary device allowed a same-sex couple from Texas to carry their baby at different phases during pregnancy.