Are Potatoes Problematic for Pregnancy? 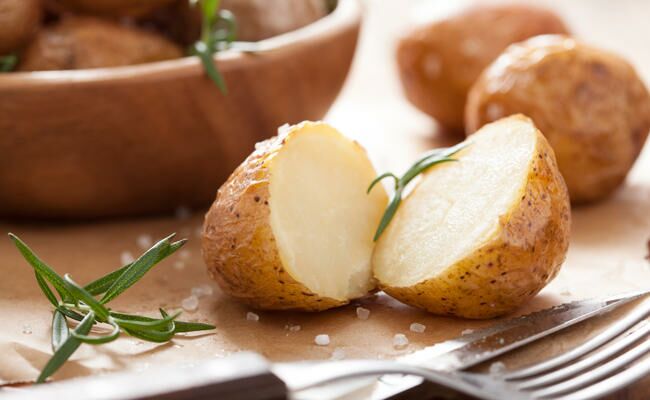 Trying to get pregnant? You probably already know there’s foods that can help boost your fertility and get you in tip-top baby-making shape. But your pre-pregnancy diet isn’t just important for the sake of getting pregnant. It can influence the health of your future baby as well.

Previous studies have found that eating lean meats, fish, chicken, fruit, whole grains and vegetables before pregnancy is linked to lower rates of preterm birth. But a new study gets even more specific, singling out a food you should cut back on while TTC: potatoes.

Researchers from NIH’s Eunice Kennedy Shriver National Institute of Child Health and Human Development (NICHD) and Harvard University analyzed the records of over 15,000 women from 1991 to 2001. Every four years, the women were asked about the kinds of foods they had eaten the previous year. After analyzing the data something stood out: For women who had no history of pre-pregnancy illness and had never experienced gestational diabetes before, there was a link between pre-pregnancy potato consumption and gestational diabetes.

In part, this link likely developed because women were given the option to indicate they ate potatoes in any form, including unhealthier versions like fries or potato chips. But baked and mashed were additionally factored in.

Researchers recommend substituting vegetables, legumes and whole grain foods in for at least two servings of potatoes per week. While it may be hard to cut back on your favorite foods, especially if you’re not actually eating for two yet, consider the complications gestational diabetes can layer onto your future pregnancy: unhealthy sugar levels in both you and baby, a higher risk of infection, and even a higher risk of preterm labor.