Why an Elective Early Term Delivery May Be Risky For Baby

Learn why choosing to delivery baby before 40 weeks could be dangerous for baby, and what certain hospitals are doing about it. 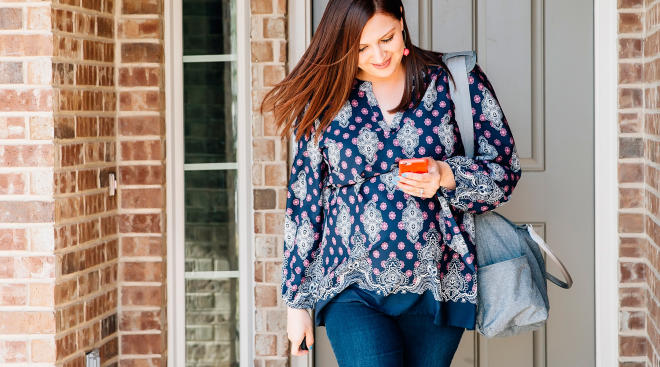 Select hospitals around the country are now banning moms-to-be from scheduling their births before 39 weeks—without medical reason—in an effort to discourage planned early deliveries.

The deputy medical director for the March of Dimes, Scott Berns, said that in the past, doctors weren’t against scheduled early deliveries, saying it wasn’t a “problem” for them. But Berns helped put together a toolkit hospitals could use to discourage—and eventually ban—women with healthy pregnancies from giving birth before 39 weeks. Why? Because baby isn’t fully finished developing yet before 40 weeks of gestation. Babies born between 37 and 39 weeks are still considered “early term” babies, and they are at a higher risk for infection. Exceptions to the rule include medical emergency and medical concerns, but otherwise, moms who want to deliver early just because won’t have that option anymore.

The toolkit included information about the latest statistics on the risks of early-term births, as well as details on fetal development. It was created by Berns, the March of Dimes, the California Maternal Quality Care Collaborative and the California Maternal Child and Adolescent Division within the California Department of Public Health. The toolkit also offered advice on how to implement the bans on early elective deliveries and also provided doctors with forms to help determine when a scheduled delivery might be necessary before 39 weeks.

To test the effectiveness of Berns’s toolkit, 25 hospitals agreed to participate in a study, which was published in the journal Obstetrics and Gynecology. The purpose was to steer women and their doctors away from scheduling early inductions and C-sections if there was no health concerned involved. The hospitals were picked from five different states: New York, Florida, Illinois, Texas and California, which account for 38 percent of US births.

Turns out, the toolkit succeeded. Hospitals were able to cut back on the rate of early elective deliveries by 83 percent. From the success, researchers have set their sights on 100 more hospitals around the country, hoping to repeat the process with the same results. The purpose, they say, is to stop women from scheduling an elective delivery when there is no need.

After banning elective surgery at 39 weeks, the five participating hospitals reduced elective early term deliveries from 28 percent in January of 2011 to less than 5 percent in December of 2011. Of the shocking decline, Berns said, “That’s a realitively short period of time to show significant change. It’s really cool because we were able to show we could do this across a diverse set of hospitals in multiple states.”

But it’s not to say the process went off without a hitch. Doctors and nurses at the various hospitals participating in the study engaged in regular phone calls to troubleshoot problems and share strategies. Some even noted that physicians—and moms-to-be—resisted the new policies. But Berns stands by the effectiveness of educating both doctor and patient about the risks involved in elective early delivery without medical need. He said, “If you show a mom that these last weeks of pregnancy really count, that the chances for a baby to be born healthy are higher if she waits it out a couple more weeks, that really resonates.”