You and baby work together up until your very last moments as one.
save article

The bond between a mom and baby is unlike any other. Your body spends months transforming itself so it’s ready for baby’s arrival. When it does come time for the big moment, baby goes through their own changes to help make it happen. As they say, teamwork makes the dream work. 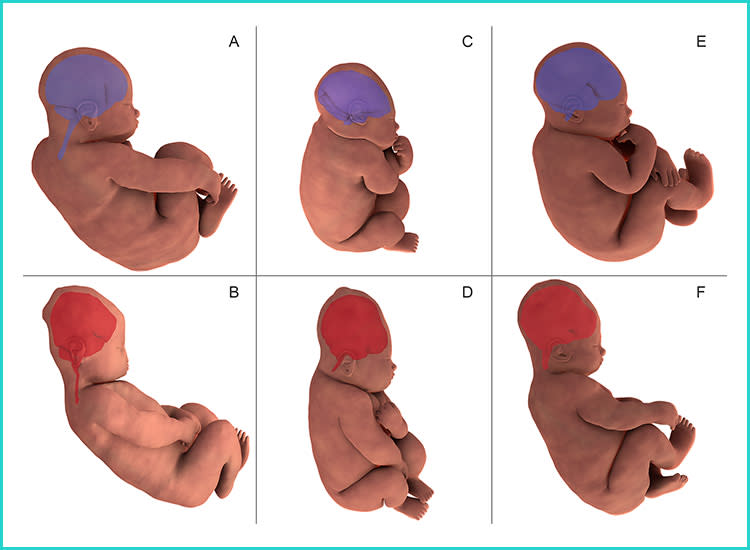 Scientists have shared 3D images showing the process of fetal head molding, which is how the head of a baby physically changes shape to make it easier to move down the birth canal during delivery. The researchers used 3D MRI scans of seven infants to compare the fetal head before labor and during the second stage of labor. In all of the babies, the fetal brain was observed to change in shape in the second stage of labor. The transformation mirrored the shifting of fetal skull bones observed during the second phase of labor.

None of the babies had overlapping cranial bones in the womb, but the heads and brains of all seven babies changed to some degree during the second stage of labor. And in five of the babies, their heads returned to their original shape after they were born. Two of the three infants with the greatest degree of fetal head molding were delivered by emergency C-section.

“During vaginal delivery, the fetal brain shape undergoes deformation to varying degrees depending on the degree of overlap of the skull bones,” co-author Olivier Ami tells Medical Express. “Fetal skull molding is no more visible in most newborns after birth. Some skulls accept the deformation (compliance) and allow an easy delivery, while others do not deform easily (non-compliance).”

Most of the time, a baby’s head will even itself out. If the head remains misshapen by 6 months old, a doctor may prescribe a helmet to relieve pressure and change the shape of the head.