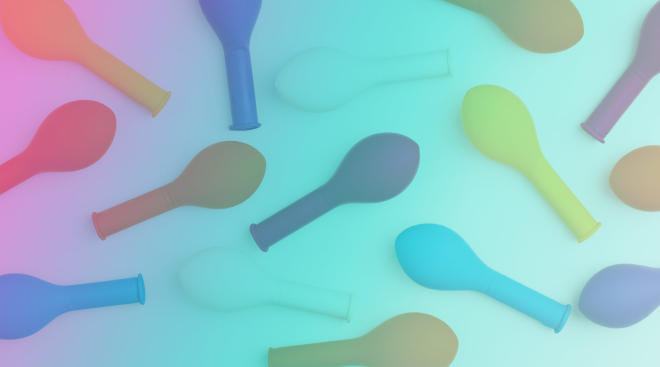 We’re going to assume that if you’re reading this, you probably have at least a basic idea of how childbirth works. But when it comes to delivery, how familiar are you, really, with the different stages of labor? Pop quiz: Can you differentiate between effacement and dilation?

In a video intended for her niece, who is becoming a childbirth instructor, midwife Liz Chalmers shared a demo she learned at a workshop. This ingenious balloon/ping pong ball exercise comes from Stomp Out Boring Childbirth Classes by Passion for Birth.

Next, she gets to work on demoing contractions.

Then, she begins to squeeze from the top.

This type of contraction starts to change your cervix. Baby is well on the way!

“As you squeeze and let go repeatedly from the top of the balloon, the neck becomes both shorter and thinner, representing cervical effacement,” she says. “Not much dilation is happening while we’re still working on shortening the cervix. This is a lot of the work that’s going on in early labor; it’s mostly about that shortening and less about dilation.”

You’re just going to have to watch what happens next.