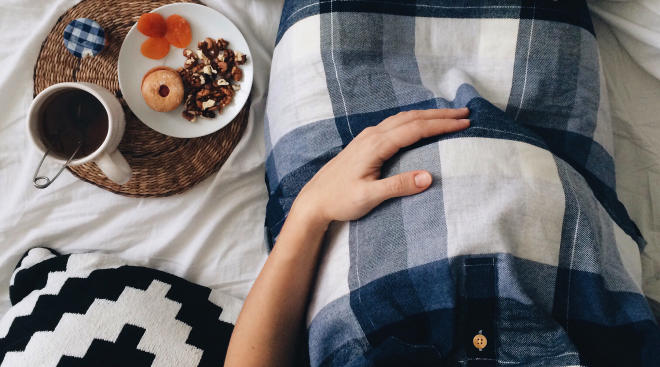 You know your due date is just an estimate. But what if doctors could use clues from your body to better predict just how long your pregnancy will be? According to one study, there may actually be six genetic factors that determine pregnancy length and preterm labor.

“We have known for a long time that preterm birth is a combination of genetic and environmental factors. Previous research has suggested that about 30 to 40 percent of the risk for preterm birth is linked to genetic factors. This new study is the first to provide robust information as to what some of those genetic factors actually are,” says study coordinator Louis Muglia, MD, PhD, of Cincinnati Children’s. The study was published in The New England Journal of Medicine.

One of the genetic factors singles out cells within the uterine lining. Realizing that these cells play a bigger role than expected in pregnancy length, researchers now know to prescribe medications targeted to this area to prevent preterm birth.

Another newly identified gene area shows that women who aren’t getting enough selenium in their diets may have a higher risk of giving birth early. This calls for eating more foods like nuts, green vegetables and liver.

Essentially, all six of the newly discovered gene areas (if you’re curious, they’re called EBF1, EEFSEC, AGTR2, WNT4, ADCY5 and RAP2C) are helping scientists pinpoint what to research next. They’re also guiding the creation of potential diagnostic tests, new medications and new supplements that can help moms bring their babies to term.

“These are exciting findings that could play a key role in reducing newborn deaths and giving every child the chance to grow up smart and strong,” says Trevor Mundel, president of the Global Health Division of the Bill & Melinda Gates Foundation, which helped fund the study. “Not only did the study reveal several genes linked to preterm birth, it also identified a simple, low-cost solution—selenium supplements for expectant mothers—that, if confirmed, could save thousands of lives.”

This study was a true team effort, to say the least. Teams from all over the world and groups like the March of Dimes, the National Institutes of Health and the genetic testing company 23andMe worked together to analyze genetic information from over 44,000 pregnant women.

To date, this is the largest study to examine pregnancy and preterm birth, with a sample size five times bigger than any previous research.