Plus, it allows for a super simple early intervention.
Save article
ByAnisa Arsenault
Associate Editor
PublishedMar 2018 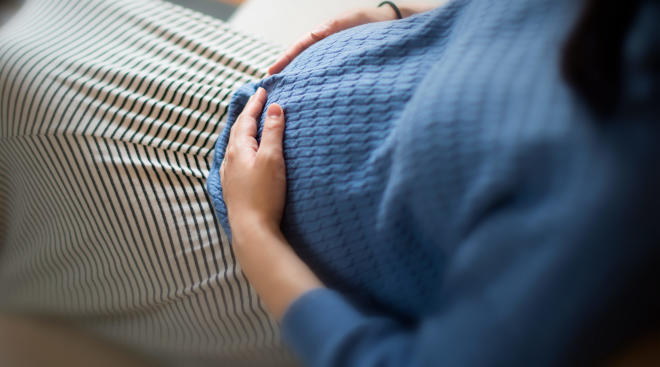 Try as you might to have a smooth, complication-free pregnancy, sometimes your body has other plans. Preeclampsia, a complication that affects 5 to 8 percent of pregnant women (including Kim Kardashian), is largely out of your control and can lead to preterm labor. It’s tricky to detect and prevent, since it usually only comes to light after blood pressure and urine testing in the final weeks of pregnancy. But new research in the UK is advocating for a first trimester screening that could allow for much earlier intervention.

When implemented between weeks 11 and 13 of pregnancy, the new first-trimester combined test had staggering results. It detected preeclampsia at any point in pregnancy at a rate of 42.5 percent, compared to 30 percent with the current checklist. And it detected preterm-preeclampsia (in other words, predicted a woman would give birth before 37 weeks as a result of the condition) at a rate of 82.4 percent, twice as frequently as the 40.8 percent of the current method.

The best part? This study—along with previous research—shows that if detected before week 16 of pregnancy, preeclampsia can be avoided about 60 percent of the time just by taking low-dose aspirin. So researchers would like to put this new, early type of screening in effect as soon as possible.

“It is now time to revise the professional guidelines and to move away from using a checklist-based method for screening,” co-senior author Liona Poon, MD, says.

The first-trimester combined test is available for free now as an online risk calculator and on the Fetal Medicine Foundation app.