It only took 25 minutes (that includes the car ride to the hospital!).
save article 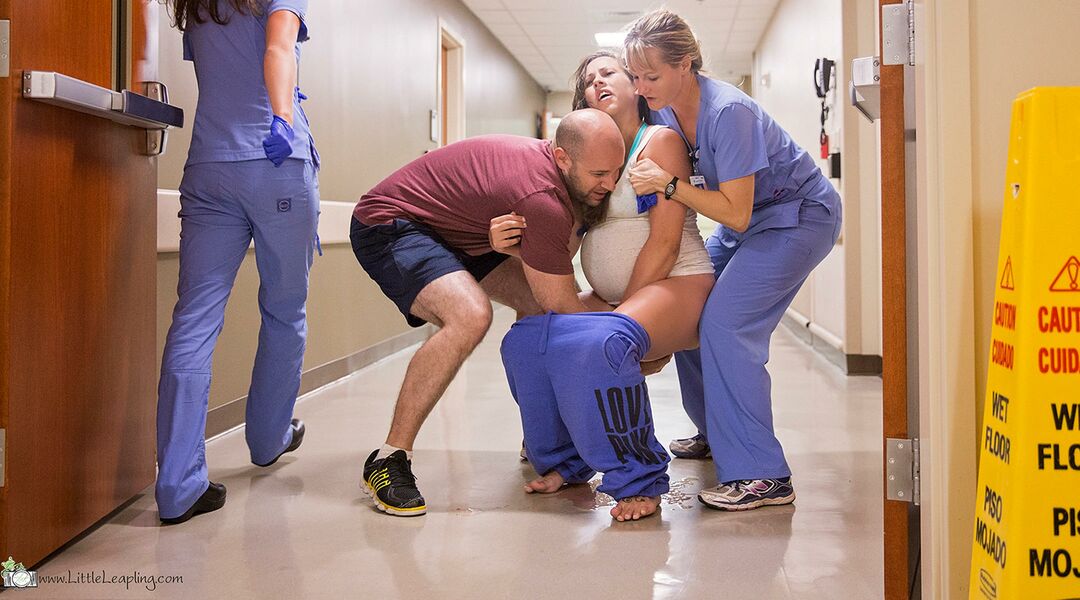 In an ideal world, every second of your baby’s birth is perfectly planned and executed. From the delivery room guestlist to your birthing playlist, it’s tempting to imagine delivering your baby in an orderly, preplanned timeline.

But as most of you know, that hardly (if ever!) happens. Often, baby has a mind of his or her own, and things can go pretty much go as far off schedule as possible. That’s exactly what happened to Kansas-based couple, whose son, Max, was delivered safe and sound—on the floor of the emergency room hallway.

The unbelievable birth story, shared on the Facebook page Love What Matters, was captured by Little Leapling Photography, who included the full story on their blog.

The ordeal started when the mom-to-be experienced contractions for a few days, but she told her husband that she was “losing faith in my ability to tell when I would actually be in labor.” She continues, “I was afraid I would either need to be induced, or that I wouldn’t know it was the real thing until it was too late and we were having a baby at home.”

Little did she know how close her prediction was to coming true.

Around 2 a.m. on July 24, 2017, the mom-to-be awoke to a powerful contraction. She knew this was it—and her water broke almost immediately. The mom-to-be and her husband rushed to the hospital as she came closer and closer to delivering the baby right in the passenger seat. Her husband promised her over and over again that they would make it to the hospital.

And make it they did—right through the second set of automatic doors of the ER.

“I know at this point I said something to the effect of, ‘Oh god, he’s here,’” she says. “I then started to take my pants off because I could feel my body pushing the baby’s head out. I reached down and could feel his head crowning with my hand. I looked at my husband and said, ‘Travis catch him!’. Without any hesitation he did just that as I felt my body involuntarily pushing his head the rest of the way out.”

Thankfully, nurses were on the scene seconds later to help finish delivering her new baby.

Being that this was this experienced mom’s sixth baby, she assumed that she would know the drill. But the birth of her son turned out unlike any other—and she wouldn’t have it any other way.

“It was my craziest birth, but also, the most perfect,” she says. “It was not at all what I had planned, but it ended without any intervention, with a healthy baby, and amazing support people by our sides."