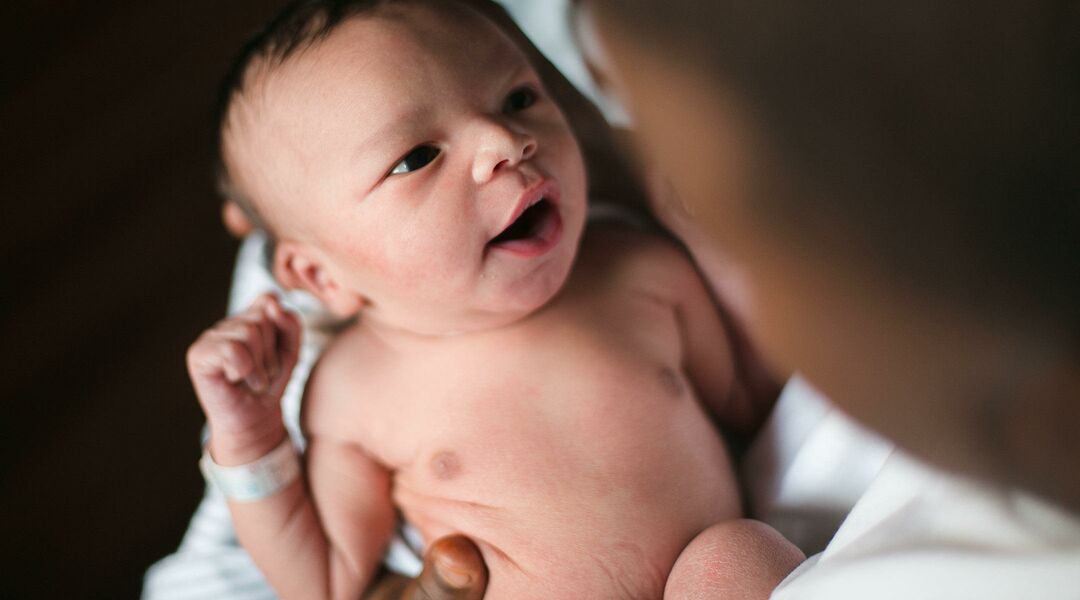 It’s no secret tears are shed in the delivery room. Often the one person who gets to bear witness—and document—these moving, emotional labor and delivery scenes are birth photographers. From the first time mother and baby experience skin-to-skin contact to the ritual of documenting, weighing and measuring baby, each moment creates an unforgettable memory book. Take a look as these birth photographers open their portfolio and share some of the special births they were honored to take part in.

“Being present at the birth of their Rainbow Baby was empowering and emotional. Lila and Tim had prayed and waited for this moment and to see their story come full circle was breathtaking.”

“On September 30, 2016, at 7:30am I received the phone call that Emilly was having strong labor contractions. It was a long day of trying to progress to 9 cm dilation. Fast forward to 9:30 pm, Becky from Sweet Baby Midwifery decided to put a wrap on Emilly’s belly, the wrap pushed Baby V downwards to help Emilly dilate more rapidly. Becky then played a labor meditation—this was a game changer. Becky and her team filled up the bath, got Emilly in there and 45 minutes and one amazing push later, Baby V was in a new world!”

“When mothers deliver their child vaginally they have the option to watch and touch their baby as he comes into the world. Mothers whose births [are] cesarean deliveries entrust me to capture that connection. They aren’t able to see what is going on during the surgery most of the time, unless special arrangements are made. To have that connection is invaluable, to see how their body nourished and developed their child and then to welcome [the baby] “earthside” is priceless. Elizabeth was a rock star and Cole supported her through their entire birth story. It was a joy to be a part of their birth team."

“Thanks to Liat’s special personality, her quick, natural birth was so amazing, and filled with laughter and happiness. I love this picture so much—her beauty, her smile, her happiness, her excitement, all captured in one frame. This was one of the joyful moments of my work.”

"I had never experienced a home birth, and was a little apprehensive as to how “safe” it would feel. But it felt SO safe and secure. Morgan wanted constant touch when she was in a contraction, so Wes and both grandmas were rubbing her feet, arms, head and back. I even had to step in a few times! When they say that it “takes a village” they really mean it. The sense of community, woman power and love was overwhelming.”

"Missy was very calm and focused while laboring—she used essential oils and a birthing pool when contractions got more difficult but she was still so calm, letting her body do what it was meant to do. I didn’t even realize the birth had taken place until I saw baby Abrem emerging from the water with the help of Missy and her midwife.”

"Jeff and Danielle are such a special family and adding a third baby boy was exciting as big brothers Brayden and Liam couldn’t wait to meet him. This shoot went down totally unexpectedly. I was told that I wouldn’t be able to enter the delivery room because it was a c-section, and we were okay with that. But at the moment of delivery, the nurse allowed me in to see a miracle happen before my eyes. I wept…uncontrollably.”

“After a few short hours of labor—which Holly handled beautifully—she gave several strong pushes and delivered a beautiful baby boy. Baby Easton gracefully made his arrival into the world and immediately settled in for skin-to-skin contact. Then he was passed around for cuddles with friends and family—and didn’t seem to mind this at all. The joy and love for this baby was amazing to see.”

“One of my absolute favorite aspects of photography is getting to capture some of the most true, honest moments. Watching the family stand by Veronica’s side and provide support and comfort, the doctor and nurses working seamlessly as a team to deliver life, the joy that overcame Veronica and John seeing and holding their son for the first time, watching their adorable little girl Aubrynn greeting her newborn baby brother and shower him with kisses—these were the moments that stood out.”

“During the c-section, the doctors had issues getting Imogen out. When she was finally born, everyone saw that her cord was wrapped and knotted around her neck three times. No wonder she was having issues! They rushed her to the NICU to be intubated. The doctor was really worried about Imogen’s heart and was considering transferring her to Children’s National at first. But apparently, she just liked to mess with us all because Imogen was only on the ventilator for less than an hour and they took her home a few days later.”