Want the sleek design and fully loaded features you'd find in luxury models but at half the price? Look no further than the Urban. 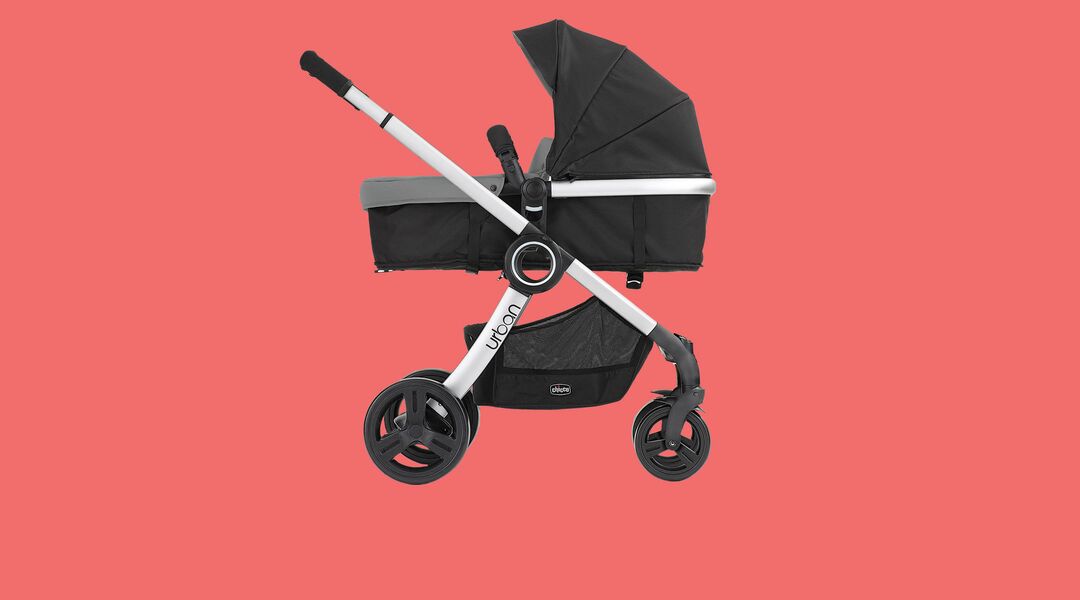 Pros
• Versatile: grows with baby, from infant to toddler
• Easy to assemble and modify
• Comfortable to use for both parent and child

Cons
• Steering can be slightly difficult, particularly on bumpy terrain

Bottom Line
The Chicco Urban 6-in-1 Modular Stroller truly does the job of six strollers in one with ease, saving parents time and money.

Ready to register? Shop our catalog for the Chicco Urban 6-in-1 Modular Stroller. 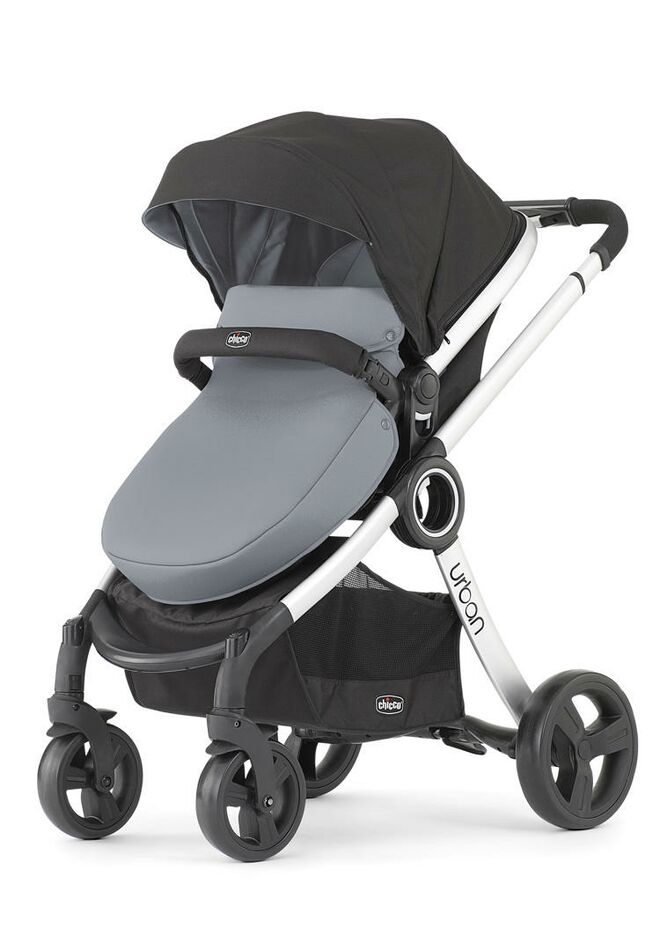 Once upon a time, parents needed more than one stroller to accommodate their growing babies. The Chicco Urban 6-in-1 Modular Stroller does an excellent job of eliminating that need. The six “riding modes” accommodate the Chicco KeyFit Car Seat (an adapter is included, but the car seat is sold separately for $200), the infant bassinet and the toddler seat, each facing inward or outward. It converts from one mode to the next with relative ease—even for someone like me, who tends to be stumped by the most straightforward of instruction manuals.

The unique toddler seat quickly converts into an infant bassinet. Just press on each of the round side buttons on the center of the seat and rotate it back into a flat position, then undo the buckles underneath, which drops the bottom of the seat out. The padded insert is really plush and comfortable for baby. When the seat is back in toddler mode, it allows for three positions—upright, reclined and flat. Again, you just press on those side buttons to tip it back or forward. Additionally, the footrest has its own two side buttons you can press simultaneously to adjust to four positions.

Weighing 26 pounds, the Urban is about 10 pounds heavier than comparable multiuse strollers. It can carry children up to 50 pounds, with a storage basket that holds up to 10 pounds of diapers, sippy cups, toys and whatever else you need to temporarily stow away. The wheels can be locked/unlocked with the touch of just one foot button, which is located between the two rear wheels (another huge improvement on strollers I’ve used with my older children). The wheels can also be removed quickly for storage and travel, a useful feature for cramming the stroller in the back of an already-packed car, for example. 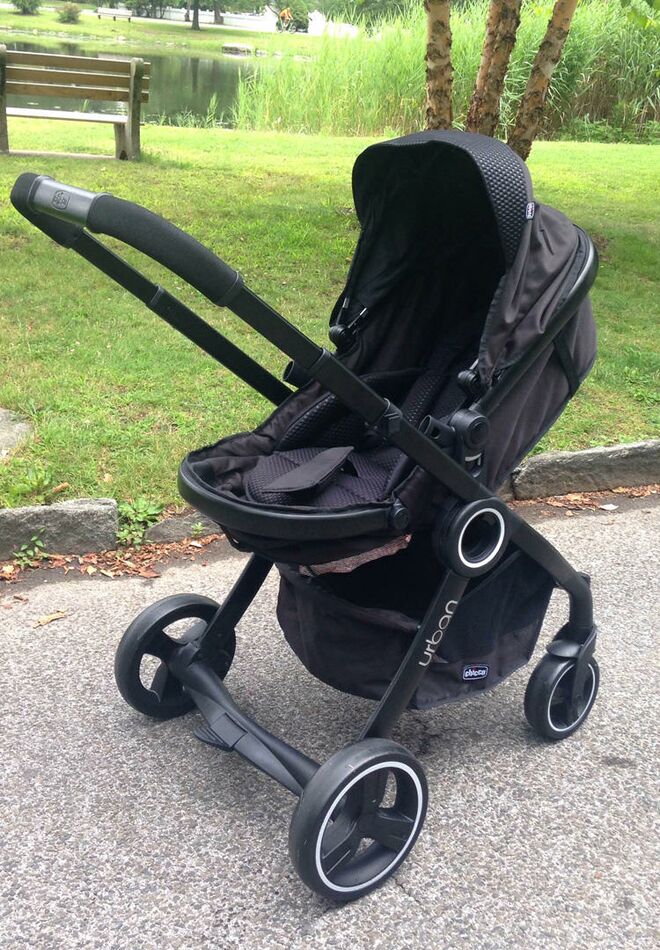 Since there isn’t an abundance of mysterious parts to piece together, assembling the Urban took my husband no more than 15 minutes from start to finish. Unlike strollers I’ve used in the past, which seemed to require an engineering degree to open and close, the frame isn’t hard to fold up with one hand.

Because my son was already over 20 pounds—not to mention sitting up on his own and crawling—when we got the Urban, we pretty much skipped the infant carriage phase and went straight to toddler mode. The seat insert is well-padded and soft, as are the shoulder and crotch pads, so he seemed perfectly comfortable right away in his new ride. Listed among the Urban’s official features is all-wheel suspension, which must be why the ride seemed especially smooth. My son fell fast asleep not 10 minutes into his first stroll—and any stroller that can put baby to sleep is a winner in my book. That said, front swivel wheels are also a touted feature of the Urban, which would suggest effortless steering, but navigation is actually the one area in which I feel like this stroller could use a little work. It tends to veer slightly off course, especially if the road is uneven.

The padded push handle very smoothly telescopes out to three different height positions at the push of a button in the center of the handlebar, which makes switching back and forth between users a snap. The stroller handles hills well: not too heavy going up, not too unwieldy going down. I also personally love that the seat can either face in or out, since my older children absolutely hated facing out in their strollers as babies, which usually resulted in some back-breaking babywearing for me. 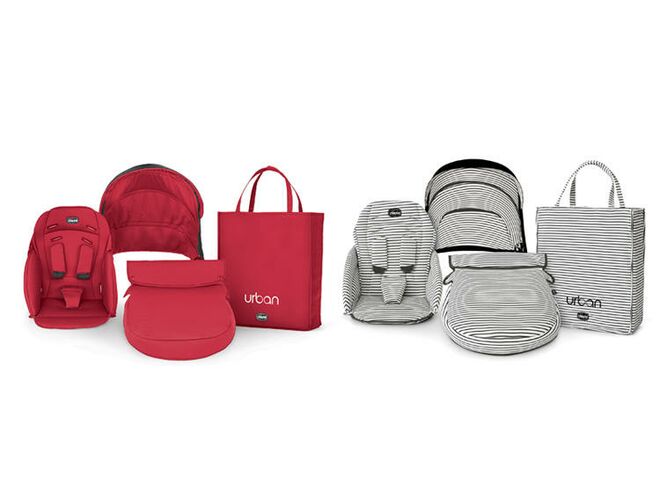 A variety of Urban Stroller Color Packs (sold separately for $70 each) lets you change up your stroller’s look. There’s emerald, pink, red, blue, magenta, green, London (striped) and coal. I was personally happy to stick with the coal color—black hides a multitude of unsightly sins, as any parent who’s ever tried to scrub mushed banana and cereal crumbs out of stroller or car seat crevices can tell you.

Once folded, the stroller isn’t quite as compact as I hoped it would be, but I can’t expect such a full-service item to be especially streamlined. Still, with clean lines and a modern shape, the Urban is definitely a good looking stroller. It holds its own at the park among higher-end models (if that kind of thing matters to you) and is certainly much cooler than the fussier, frillier things I pushed my older kids around in. 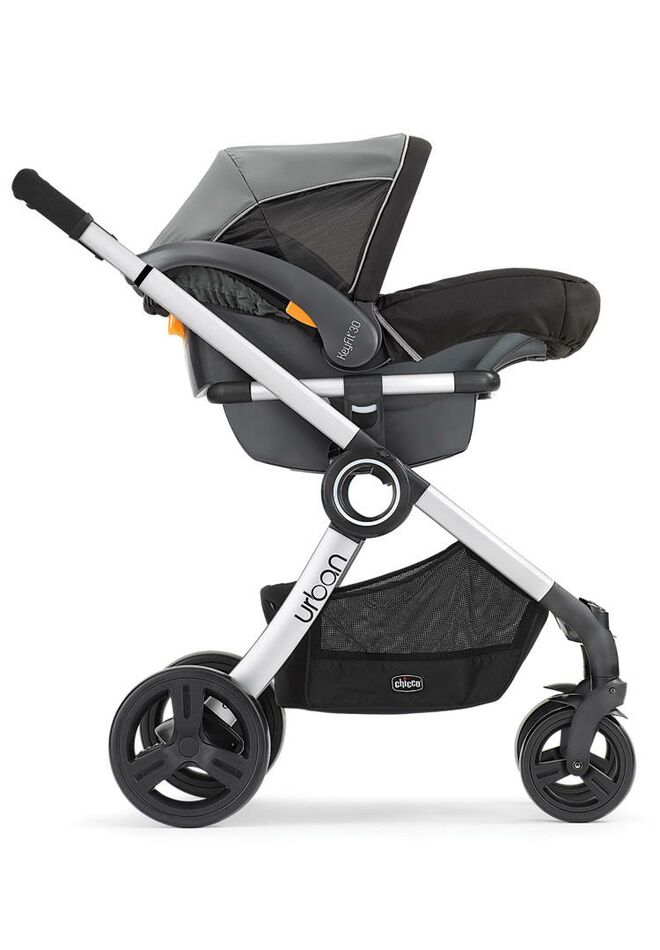 As parents, anything that makes our lives a little bit easier is worth investing in, and the Chicco Urban 6-in-1 Stroller is without a doubt one of the easiest to use, most comprehensive stroller/car seat systems on the market, even if it’s not the smallest or lightest.