Worried about nipple confusion? See why the Comotomo can help with a seamless transition between bottle and breast. 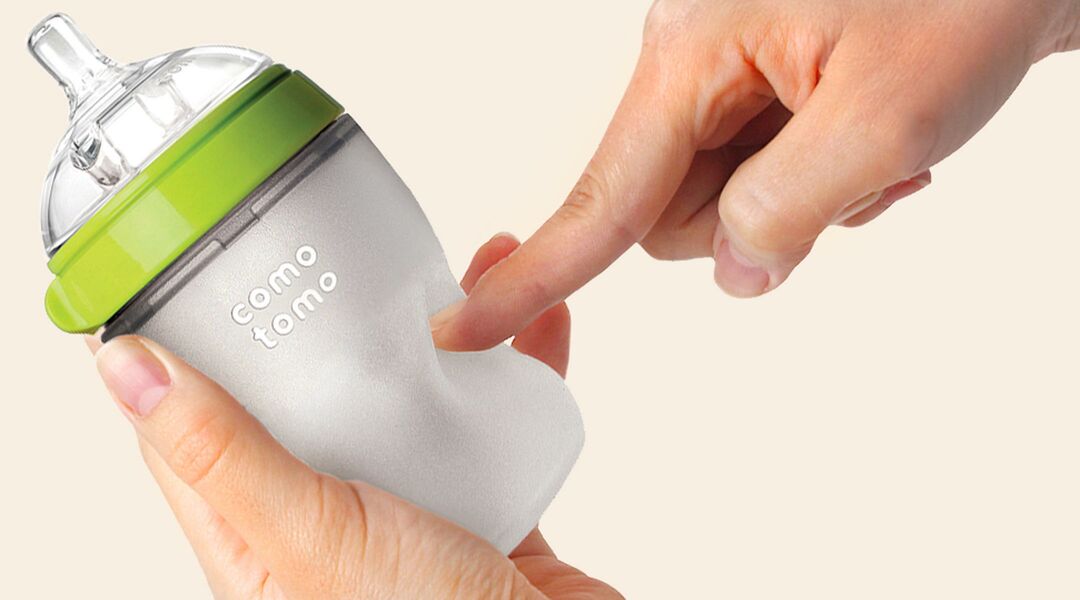 Ready to register? Shop our catalog for the Comotomo Natural-Feel Silicone Baby Bottle. 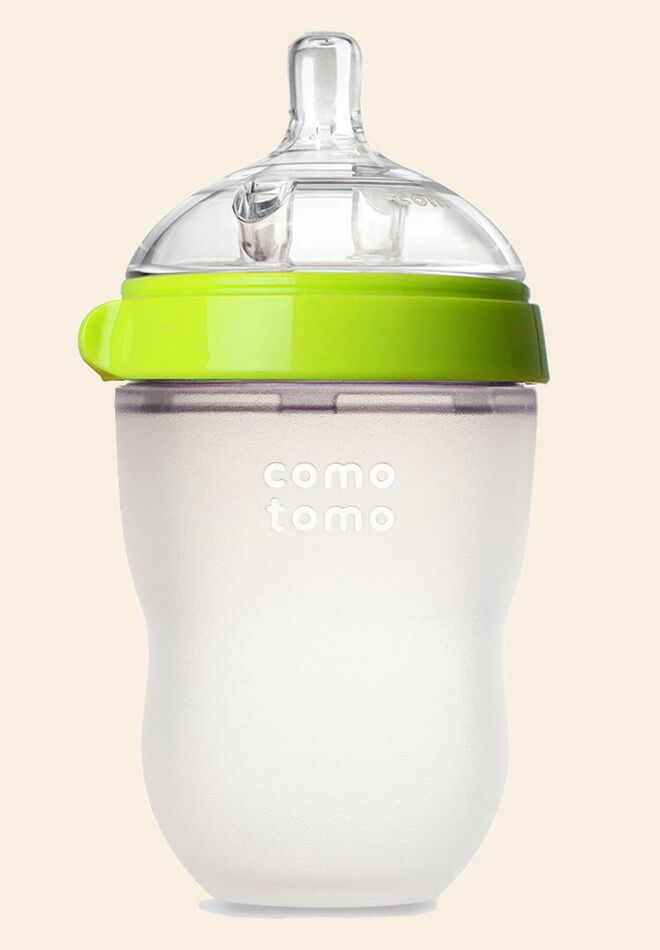 It’s common for breastfeeding moms to worry about whether baby is getting enough milk and gaining the recommended amount of weight, so finding a bottle that makes feeding simpler is key to easing anxiety. With my first son, I alternated between Philips Avent and Comotomo bottles and had no major problems. But when I tried introducing a Philips bottle to my daughter, Athena, when she was around 3 months old—to give myself a little freedom (she eats five times a day and still wakes up for a nightly feeding!)—she had a hard time latching on to the bottle’s smaller mound. So I tried the Comotomo bottle, and after taking a little time to get used to it, she was able to latch on and successfully release the milk.

I think the Comotomo’s wide, soft mound and pliable nipple makes it easier for babies to transition from breast to bottle, since it more closely mimics a natural breast than most other bottles on the market. It also helps that the bottle is made of the same soft silicone material as the nipple, so her little hands can easily squeeze and hold onto it, just like she’s used to doing with my breast.

At first, I was nervous that Athena might reject the breast if she started feeding from a bottle, but she’s been going back and forth pretty easily for about two months now with no issues. Still, as a precaution that my pediatrician recommended, I always angle her in more of a seated position for bottle-feeding so that the milk doesn’t come out too easily. I wouldn’t want her to start thinking that the breast is too much work by comparison.

The Comotomo bottle comes with a slow-flow nipple for 0 to 3 months, but you can buy replacement nipples in slow, medium (3 to 6 months), fast (6+ months) and variable (6+ months) flow. The flow size isn’t labeled on the nipple itself, but the nipple hole changes depending on the size so once you open the package and start using them you’ll have to remember which is which—slow flow has one hole, medium has two holes, fast has three and variable has a Y-cut.

Like the mound, the neck is also designed wider than other bottles, which makes it really easy to clean. No need to use a bottle brush—you can just reach in with a regular dish sponge. And since the bottles are free of BPA, phthalates and PVC, and made with medical-grade silicone, I can boil them and put them in the top rack of the dishwasher without worrying about them releasing any icky chemicals. 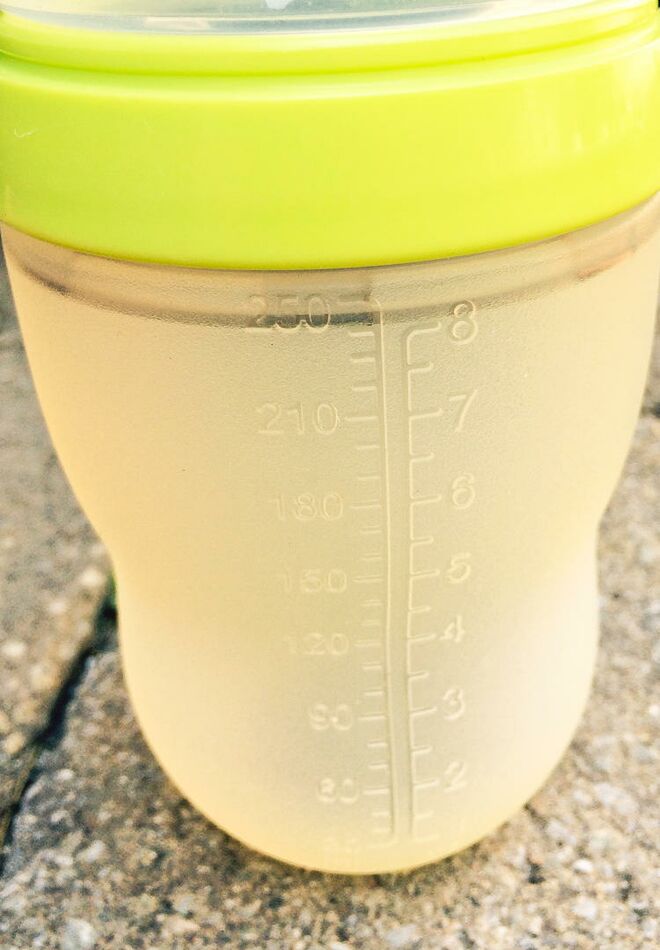 I have the green Comotomo bottles in both the 5- and 8-ounce sizes, and they’ve held up well, especially since I already used them with my son 18 months ago. The screw top is pretty leak proof, so you can toss it into a diaper bag and not worry about spills. I did have an issue with one of the tops on the bottle being screwed on so tightly that I couldn’t get it off (I blame my husband for that one!) and we had to throw it away. Otherwise, we’ve had no issues with the quality other than occasionally noticing a very subtle soap smell inside the bottle after washing. The Comotomo website says that may happen; they recommend sterilizing the bottles in boiling water for five minutes with a tiny bit of baking soda and then letting them air-dry (open side up) in a well-ventilated area.

There are also anti-colic vents on the side of the nipple designed to help baby suck in less air, resulting in less gas, indigestion and spit-up. I can’t say I really noticed a difference when my son switched between bottle brands, but my daughter seems to have the same amount of burps and gas whether she breastfeeds or uses the Comotomo bottles, so I’m going to assume it works.

One other thing I noticed is that over time the nipple changes from clear to cloudy with repeated washings. The good thing is it doesn’t affect the performance, but it just perpetually looks a little worse for the wear. 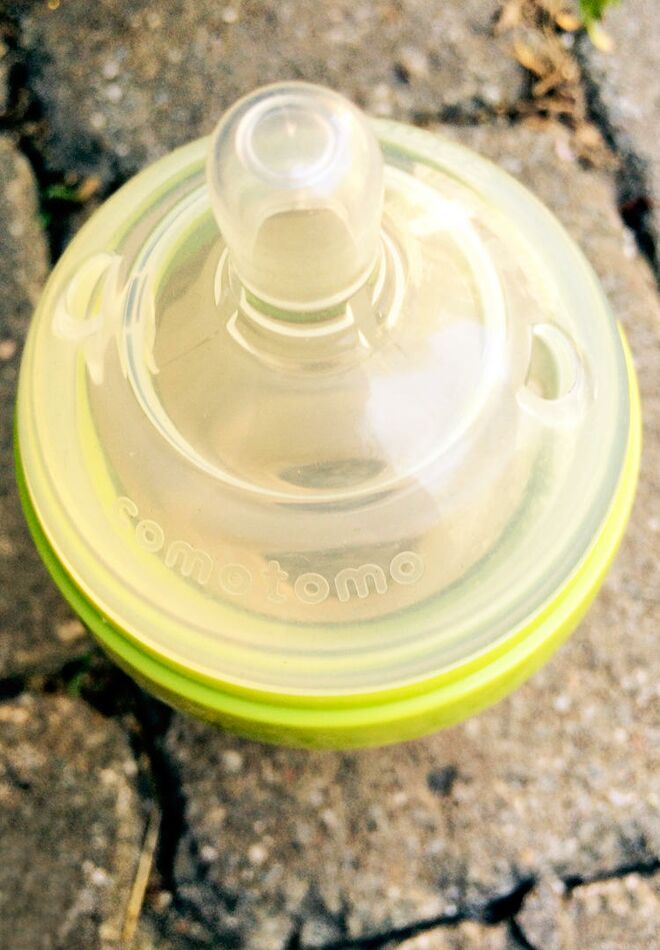 The wide mound, rounded edges and lime green color on the screw top make this bottle nice to look at, and the silicone material makes it easy for baby to grip and hold onto.

Since the silicone material is a bit opaque, I’ve found that the measurement markings on the bottle are hard to read (especially during nighttime feedings). To see how much Athena has consumed or whether she’s finished the bottle, I have to take it from her and hold it up for a closer look. Also, the soft material makes the bottle a little unstable when standing upright, as I learned the hard way when I accidentally knocked it over before screwing on the top, resulting in some spilled breast milk. 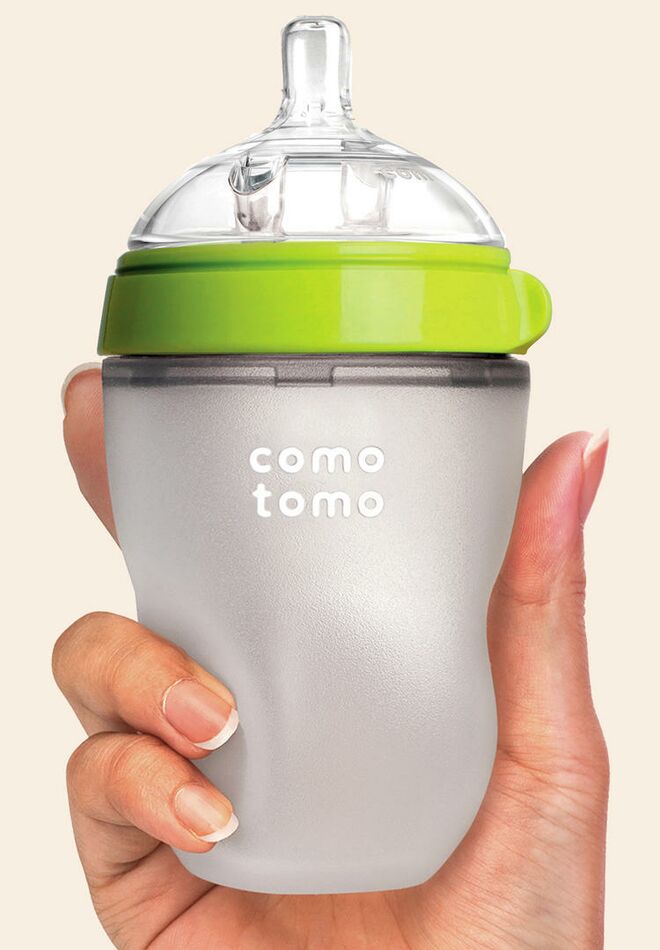 Nipple confusion is a big worry for many parents. For breastfeeding moms who want some freedom from feeding every three to four hours or having to pump at work, the wide, soft mound design of the Comotomo bottles makes for an easy transition. Cleaning is also simple, thanks to the wide neck that accommodates a dish sponge and BPA-free material that makes the bottles dishwasher safe.

Holly C. Corbett writes for The Bump, Parents, Redbookmag.com and other national outlets. She lives in Hoboken, New Jersey with her husband, toddler son and baby girl.