7 Surprising Things That Happen During Labor and Delivery

Childbirth is intense, exciting, and chock full of personal stuff typically dealt with behind a restroom door. But hey, it’s all natural—and all extremely worth it.
facebook
twitter
copy link
share
save
ByThe Bump Editors
UpdatedOct 2018 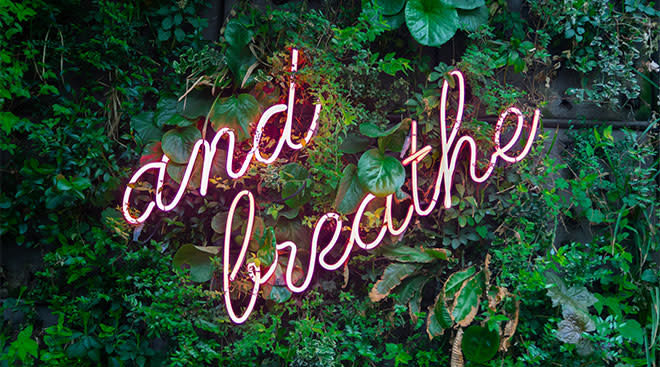 As the saying goes, the only thing you can predict about giving birth is that it will be unpredictable. And some of those unexpected things include bowel movements and plenty of bodily fluids. If you happen to let loose in front of a doctor, nurse or midwife, don’t give it a second thought. “Nothing surprises us. Nothing fazes us,” says Jane Martin, MD, an OB with Midtown Ob/Gyn who practices at Rose Medical Center in Denver. “Childbirth is the most natural thing your body can do, and whatever your body does in the process is nothing to feel embarrassed about.” Besides, as you’ll see here, you’re not alone: Plenty of others have gone through exactly the same thing.

“When I was close to delivery, I was on my hands and knees, sort of pushing to see if baby was ready to move down yet. Every time I would do that, I would poop. My midwife wiped my crack every time.” —MamaB

This is some women’s biggest fear, but pooping during labor is no big deal. With all that pushing—you’re expelling a whole human being from your body—it’s almost inevitable. Plus, says Martin, “When you poop when you push, it means you’re using the right muscles. When you’re pushing from elsewhere, it’s not as effective.”

“I was induced, and my doctor checked me after a dose of Cervidil. When she pulled her hand out, my mucus plug was hanging from her finger. The nurse finally said, ‘You’ve got a dangler!’” —MaryF

The mucus plug has an important purpose. The thick membrane builds up at your cervix and covers the opening to your uterus to block bacteria. As your cervix starts to efface or dilate, it gets pushed out. Sometimes it happens before labor and other times during it. Sometimes it’s a small discharge; sometimes it’s bigger. It’s all part of the process. Don’t worry about it.

“After I gave birth, the nurses told me to hit the call button when I had to pee and they’d help me. They came in and stood me up—I was still numb from the epidural—and I heard all this fluid hitting the floor. I was peeing all over the place!” —KrystalD

It’s not uncommon at all to temporarily lose bladder control post-baby. That’s because during a vaginal delivery, the pelvic floor muscles get stretched out. Until they start to tighten up again—a process you can speed along with Kegel exercises—you might have some leaks. In addition, with an epidural, you can temporarily not be able to feel that your bladder is full.

“My water didn’t just break—it exploded! It kept coming in gushes, and when we got to the hospital, I was soaked right down to my shoes. I gushed and squished all the way down the hall.” —BeckyM

About 10 percent of women experience a rupturing of the amniotic sac before labor. For everyone else, it happens during labor, either naturally or with some help from the doctors. If your water breaks on its own, it could be a trickle or a huge gush. “Some women will carry a towel with them to the office,” says Martin. “It will definitely freak out some of your colleagues, but if your water breaks, you’ll be glad you have it.”

“After my c-section, I was so nauseated from the meds. I was on a liquid diet that day and was only able to keep down some grape juice. I was holding my new son and puked all over the place. My mom, mother-in-law, husband and friend were all in the room. The vomit was bright purple.” —KateB

For some moms, pain meds can make you queasy, and it’s especially common when you take them after a c-section. Vomiting can also happen when you progress really quickly in labor. “It’s just a stimulus response to baby moving quickly through the birth canal,” says Martin. Nausea can also happen with blood pressure fluctuations. Don’t be shy—ask the nurse to keep something close by for you to throw up in. Remember, they really are used to all this.

“After I got my epidural, I had zero control from the waist down, so two nurses were trying to help me roll over to my other side to help speed things along. I totally farted in one of the nurses’ faces.” —DianeS

Some people notice they have more gas when they’re pregnant or when they get close to delivery, says Martin. “It’s all part of the baby pushing on everything,” she explains. “Lots of people do it and it is nothing to be embarrassed about.”

“When I went to visit the babies in the NICU, I had bled through my pad and mesh undies and had a stain the size of a dinner plate on my behind while walking around. I didn’t know until I got back to my room.” —JennaB

Bleeding is natural. The uterus bleeds from where the placenta used to be attached, explains Martin. It can be a very heavy period, except it’s not predictable. You can think it’s over, but then it might pick up again. It’s normal for it to last as much as six weeks. In the meantime, avoid tampons (it’s an infection risk) and stock up on really thick, absorbent pads.

8 Surprising Things That Happen After Labor and Delivery