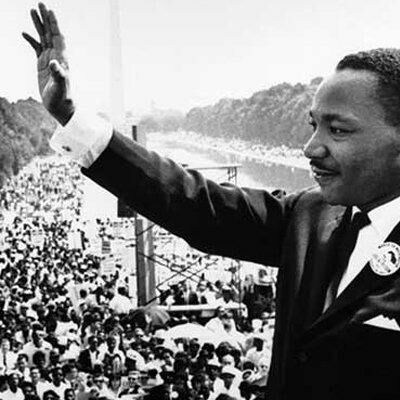 Today we honor the life and the work of Rev. Martin Luther King, Jr. and the sacrifices he made to ensure equality and justice for every citizen in the United States. Because of his struggles, young Americans today are endowed with certain invaluable  rights and because of the depth of his work — and of those who worked diligently by his side — we’ve rounded up some of the best and most inspiring baby names! Any baby who’s name-spiration came from any of the iconic Civil Rights Movements’ bravest individuals should be proud!

Ruby - inpsired by Ruby Bridges, the first African American woman to attend an all white school in the south

Septima - inspired by Septima Pointsette Clark, the activist who fought for equal pay for all teachers

Langston - inspired by Langston Hughes, voice of the Harlem Renaissance

Lola - inspired by the local leader of the Birmingham, Alabama Campaign

Lorraine - inpsired by the Lorraine Hotel, site of the assassination of Rev. Martin Luther King, Jr.

Mason - inspired by the temple where Rev. Martin Luther King, Jr. spoke the day before he was assassinated

Whitney - inspired by Whitney M. Young, who fought to end employment discrimination in the South

Berea - inspired by Berea College, which was used in 1855 to educate black and white students together, before segregation

Selma - inspired by the First Baptist Church located in Selma, Alabama, which led marches that helped the passage of the 1965 Voting Rights Act.

Georgia - inspired by the home of the King Center in Atlanta, Georgia, which was established after the death of Rev. Martin Luther King, Jr.