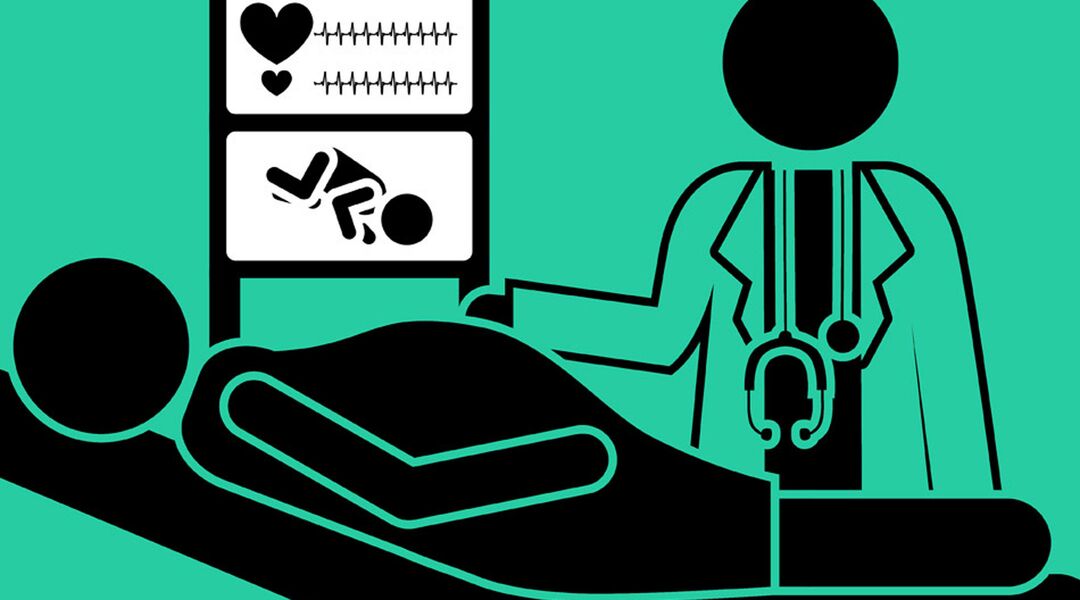 Don’t get too confident in your Lamaze training; new research is challenging a routine childbirth practice.

According to a study published in the February issue of the journal Anesthesiology, there may be a better way to position women during labor. Right now, most OBs and anesthesiologists place women on their sides, tilting the hips to 15 degrees. Supposedly, this should reduce compression of the inferior vena cava, a vein in your abdomen that returns blood to the heart. Not the case, says the study.

After looking at MRIs of 10 pregnant women at full term and 10 non-pregnant women, the study did confirm an existing belief: pregnant women laying flat on their backs did have significantly lower inferior vena cava blood volumes, indicating almost complete compression of the vein. But 15 degrees wasn’t enough to make a difference.

“It is widely believed that lying women flat on their back during labor can lead to dangerously low blood pressure caused by the compression of both the inferior vena cava and the aorta due to the weight of the fetus,” said study author Hideyuki Higuchi, M.D. She clarified that this study found no evidence of aortic compression in any position — just inferior vena cava compression. And it’s not until hips are tilted to 30 degrees that compression starts to be alleviated and blood flow starts to increase.

“This is the first study to challenge this antiquated practice,” Higuchi added. But don’t expect to see a 30 degree tilt instated in every labor and delivery unit. “I have serious doubts that our obstetric colleagues would find it a reasonable position for cesarean delivery, particularly in obese patients,” says Craig Palmer, M.D., although he commends the study. “There quite probably are patients for whom the modest (15 degree) tilt we apply has a salutary effect.”