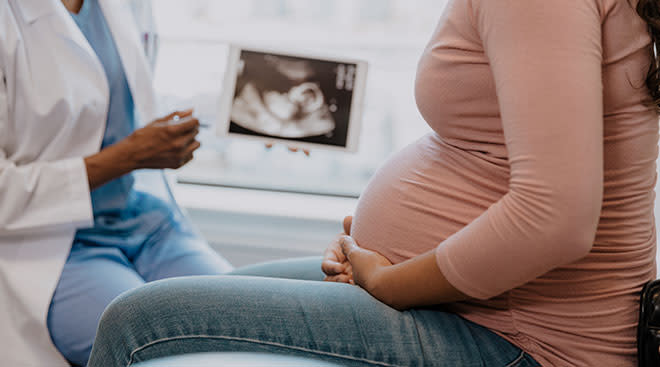 Every expectant parent wants a happy, healthy baby. So learning that your child has a congenital heart disease (CHD) when you’re pregnant can feel incredibly scary. But it’s important to know that there’s a wide spectrum of congenital heart defects. Some are more serious than others, but the vast majority of CHD cases are neither severe nor life-threatening; they do warrant careful monitoring, though. Want to get the full lowdown on types of congenital heart disease, symptoms, potential causes, risk factors and treatment options? Here’s what you need to know.

What Is Congenital Heart Disease?

Congenital heart disease refers to any developmental irregularity in the four heart chambers or the valves or blood vessels going to and from the heart, explains James Nielsen, MD, a pediatric cardiologist and medical director of the Congenital Heart Center at Hassenfeld Children’s Hospital at NYU Langone Health.

CHD is the medical abbreviation for congenital heart disease; it’s also sometimes referred to as a congenital heart defect. Since baby’s heart is fully formed around 10 weeks gestation, CHD tends to develop early in pregnancy and can disrupt the distribution of oxygenated blood throughout the body right away. Suffice it to say, a seemingly small defect could snowball into a bigger concern, so your doctor will want to keep a watchful eye on the situation. “Once you have a problem, it could lead to low blood flow in certain areas of the heart and failure to grow,” says Nielsen.

In the US, an estimated eight out of every 1,000 babies born will have a congenital heart defect, and about 25 percent of those cases will be critical—meaning they’ll require surgical intervention within the first year of life, according to a 2019 report by the Centers for Disease Control and Prevention (CDC). “Congenital heart diseases are relatively common, but severe and life-threatening CHDs are really quite rare,” says Nielsen. “In most cases, a baby who is diagnosed with CHD will go on to lead a normal life.”

Congenital heart defects range from mild to serious; the all-encompassing term could describe a small hole in the heart or a missing or malformed part of the organ, according to the CDC.

While there are several types of congenital heart disease, they generally fall into one of three categories that indicate the problems they may cause, according to Stanford Children’s Health. These include:

How to Know if Baby Has Congenital Heart Disease

Some types of congenital heart disease are detected during a routine anatomy scan, which is typically performed in the second trimester between 18 and 22 weeks, according to White. While this ultrasound can identify most problems with the structure of the heart, arrhythmias, heart failure and cardiac tumors, women who are at higher risk for CHD will also get a special ultrasound known as a fetal echocardiography around 20 weeks; this option provides a more detailed view of the cardiovascular structure and function, says White.

Additionally, non-invasive prenatal testing (NIPT) can detect certain genes linked to CHD via maternal blood test, says Nielsen. These tests are typically administered in the first or second trimester, according to White, who adds that positive results will lead to an extra-vigilant anatomy scan and/or a fetal echocardiogram.

The reassuring news is that these screening tools will detect the vast majority of critical congenital heart disease (CCHD)—major malformations that are considered life-threatening or require surgery, says Nielsen. However, he adds that less pronounced issues, such as small holes or blood vessel or valve problems, can go missed. In some cases, certain cardiovascular defects aren’t detected until baby is born. But this is why pediatricians actively monitor baby for signs and symptoms of congenital heart disease after birth. In the hospital, newborns typically get a pulse oximeter reading that measures blood-oxygen levels. And your pediatrician will continue to check your child’s heartbeat during regular wellness exams to proactively look for abnormalities, murmurs or extra sounds, which can be indicative of a congenital heart defect.

Some congenital heart disease cases are asymptomatic, but if baby has difficulty breathing, appears blue or gray, doesn’t feed well or isn’t growing as expected, they should be further evaluated for heart problems, says Nielsen.

If your pediatrician suspects an issue, baby will be referred to a pediatric cardiologist for further evaluation and testing; this may include an echocardiogram, computed tomography (CT), angiography and MRI, notes Stuart Berger, MD, a cardiac surgeon and executive director of Lurie Children’s Heart Center at the Children’s Hospital of Chicago. Symptoms such as shortness of breath and fatigue may also crop up later in childhood, so don’t hesitate to reach out to your pediatrician at any point if you have concerns.

In short, there isn’t a one-size-fits-all approach to treatment for congenital heart disease. The approach is “always unique to the problem,” says Nielsen. Options may include medications, heart devices, catheter procedures and surgery. The most serious cases may even require a heart transplant.

That said, Nielsen emphasizes that there’s not a whole lot doctors can do once a malformation is detected during pregnancy. After all, fetal interventions aren’t widely available or recommended, as research has found that they don’t necessarily lead to better outcomes than treatment performed after birth.

Remember, in many cases, congenital heart disease won’t be life-threatening; in fact, it may not warrant any immediate intervention. “Sometimes the problem is so benign that there’s nothing we need to do,” says Nielsen.

Nevertheless, early detection is important; once a congenital heart defect is diagnosed, your pregnancy is considered high risk and monitored more carefully. A premature birth can affect the severity of a baby’s defect, so you’ll want to take more precautions and stay on top of your appointments.

Early detection also enables you to undergo counseling to determine the best course of action for treatment for your baby’s unique situation. “We try to educate the family about the problem so they can prepare for a child who needs surgery or adjust their birth plan to ensure they deliver in a hospital that’s prepared for immediate intervention,” Nielsen says.

Regardless of treatment, most children (and adults) will require a lifetime of monitoring by a cardiologist. “We make the heart better, but it’s not always 100 percent fixed,” Nielsen says. Future interventions may be needed as a child’s heart continues to develop and grow.

Simple congenital heart defects can usually be fixed. But the more complex the issue, the lower the survival rate, particularly in the first four years of life, according to a 2020 report published in The Journal of the American Heart Association.

So what’s the outlook for babies born with congenital heart disease? “It’s generally excellent, but it depends on the specific abnormality, the severity, the interventions that are done and when they are done,” says Berger.

Some children who develop severe disease will have developmental delays and other learning disabilities, but 97 percent of children with uncomplicated CHD survive into adulthood and lead normal lives, according to the American Heart Association report. “Once we have successfully repaired or treated a major heart disease, most kids go on to do very well,” says Nielsen.

Stuart Berger, MD, is a cardiac surgeon, division head and chief of cardiology in the pediatrics department at Lurie Children’s Heart Center at the Children’s Hospital of Chicago. He earned his medical degree from the University of Wisconsin Medical School.

James Nielsen, MD, is a pediatric cardiologist and medical director of the Congenital Heart Center at Hassenfeld Children’s Hospital at NYU Langone Health. He earned his medical degree from Tulane University in New Orleans, Louisiana.

Renita White, MD, is an ob-gyn at Georgia Obstetrics and Gynecology in Atlanta, Georgia. She earned her medical degree from The Ohio State University. 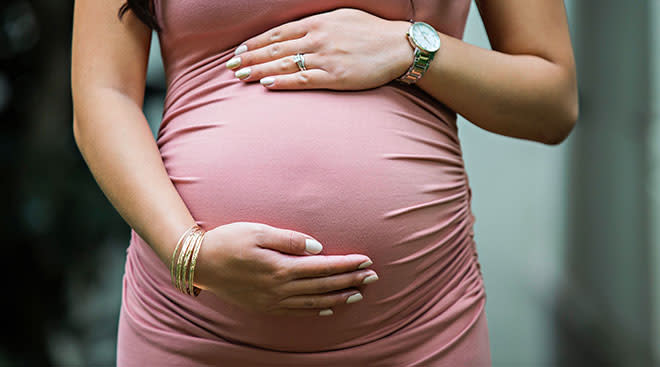 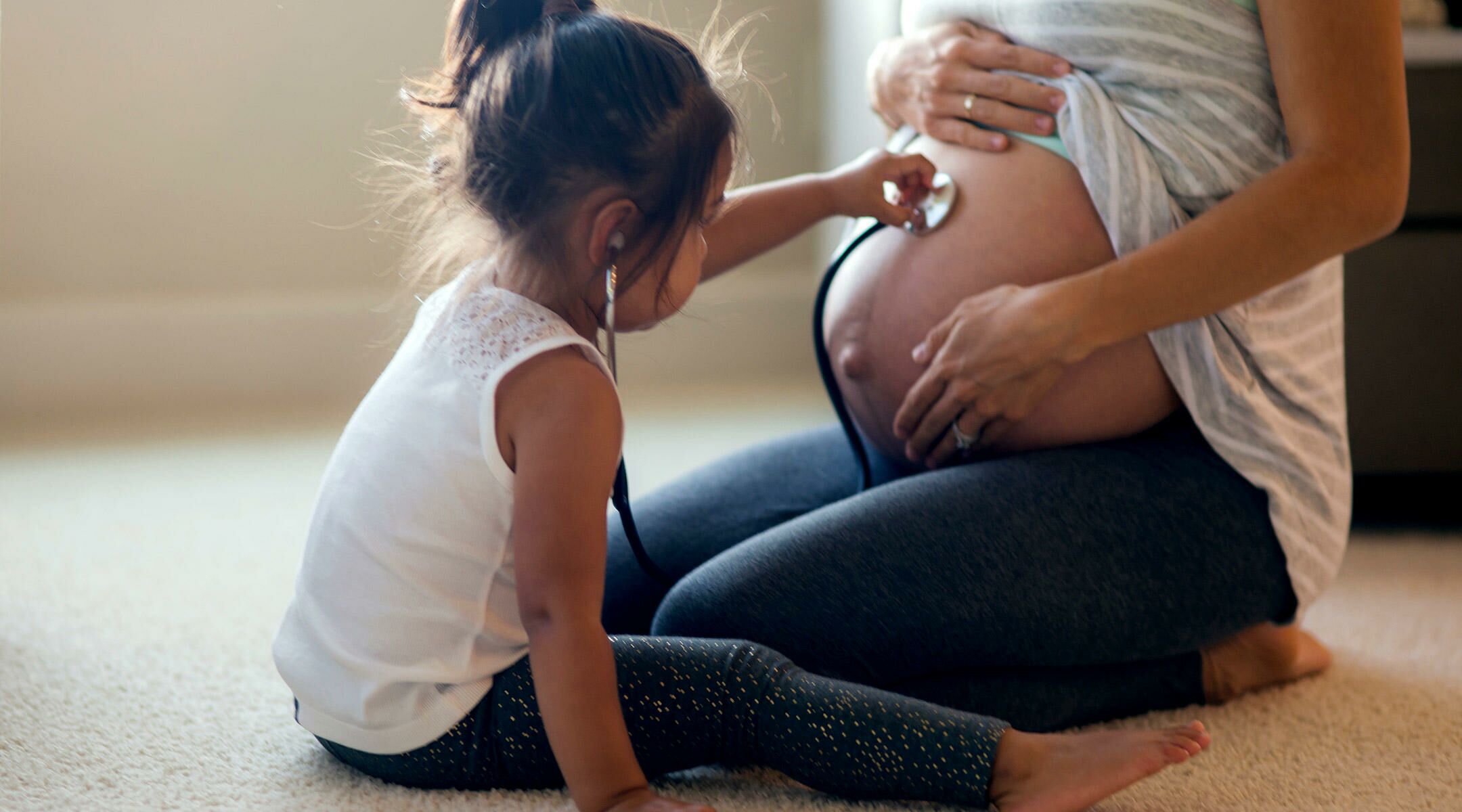 This Is How Hard Your Baby Is Kicking, According to Science
Article saved.Go to My Saved Articles
Article removed.