“At 6:00 pm on Saturday our lives changed for the better.”
save article 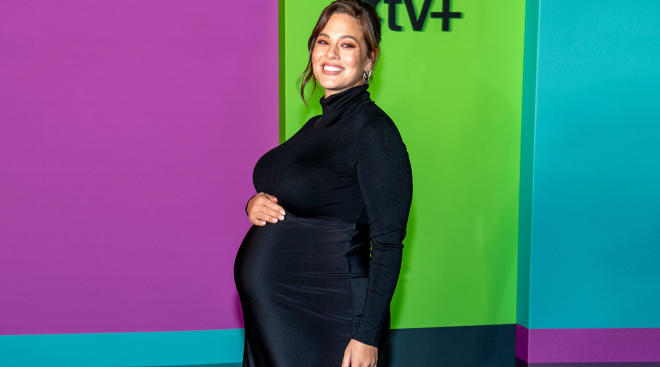 Ashley Graham is a mom!

According to the couple’s Instagram Stories, she and husband, Justin Ervin, welcomed their first child over the weekend on Saturday, January 18. While she has yet to share other details from the birth, such as what baby’s name will be, she wrote in the story, “At 6:00 pm on Saturday our lives changed for the better. Thank you all for your love and support during this incredible time. 1.18.20.”

Graham, who announced her pregnancy in August, has been a champion for pregnant women everywhere since. While Graham has been a longtime supporter of body-positivity, throughout her pregnancy, she’s made an effort to normalize some of the things pregnant women experience—and even dedicated her newest swimwear launch to celebrating pregnant bodies. Not only has she been open about her changing body from day one, but she also recently stated she’s not bothered by her pregnancy weight gain—a topic that, despite its normalcy and necessity, can be difficult for many moms-to-be.

Last month, Graham also made headlines for candidly stating that more women need to talk about sex during pregnancy. “I feel like every relationship goes in waves of sex,” she told Vogue in an interview. “Now, with pregnancy, things have been real-ly diff-er-ent. Because there’s this huge bulge that can be sensitive if you lay on it or go into a new position. I’ve been literally asking every single one of my friends who have had babies or who’re pregnant, like, ‘What positions do you guys do?’ This has to be a normal conversation among mothers.”

We can’t wait to see more from Graham as she transitions into motherhood. Congrats to the family of three!