The happy parents shared the news via an Instagram post revealing their son’s unique name meaning “gift.”
save article

Drake & Josh alum Josh Peck and his wife Paige O’Brien Peck have welcomed a new baby boy to their family!

The couple announced the news in two separate Instagram posts over the weekend, with both Peck and O’Brien sharing photos of their peaceful newborn snoozing alongside older brother Max Milo. O’Brien simply captioned the image “Shai” with a blue heart emoji, while Peck shared his son’s full name Shai Miller Peck. Shai, a name of Hebrew origin, means “gift,” which is certainly fitting for Mom and Dad’s new bundle of joy.

Friends, fans and family members were quick to comment and congratulate the How I Met Your Father star. Full House actor John Stamos wrote “PERFECTION,” while How to Make it In America actor Bryan Greenberg added, “A wise man named Josh told me the only bad part about being a parent is there are no bad parts!”

A laid-back second-time parent, Peck added another relatable image of him bonding with baby Shai while on his phone this past Sunday. “I am an attentive father even while scrolling IG. Don’t @ me,” the actor joked in the caption, sparking another parent to add in the comments, “Just don’t drop the phone on the baby’s head (been there done that) lol.”

O’Brien initially shared her pregnancy in a simple Instagram post on June 5. In the photo, O’Brien donned a pink polka-dot maxi dress on a rooftop in Italy, where she posed, cradling her baby belly.

The second child for Peck and O’Brien, the proud parents welcomed their first son Max Milo into the world on December 29, 2018, after tying the knot in June 2017. Our congratulations to the new family of four! 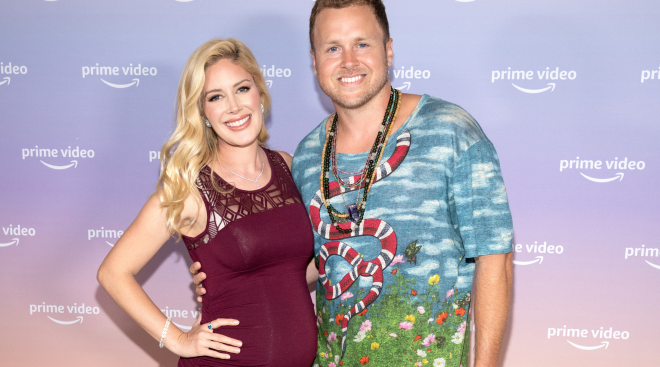