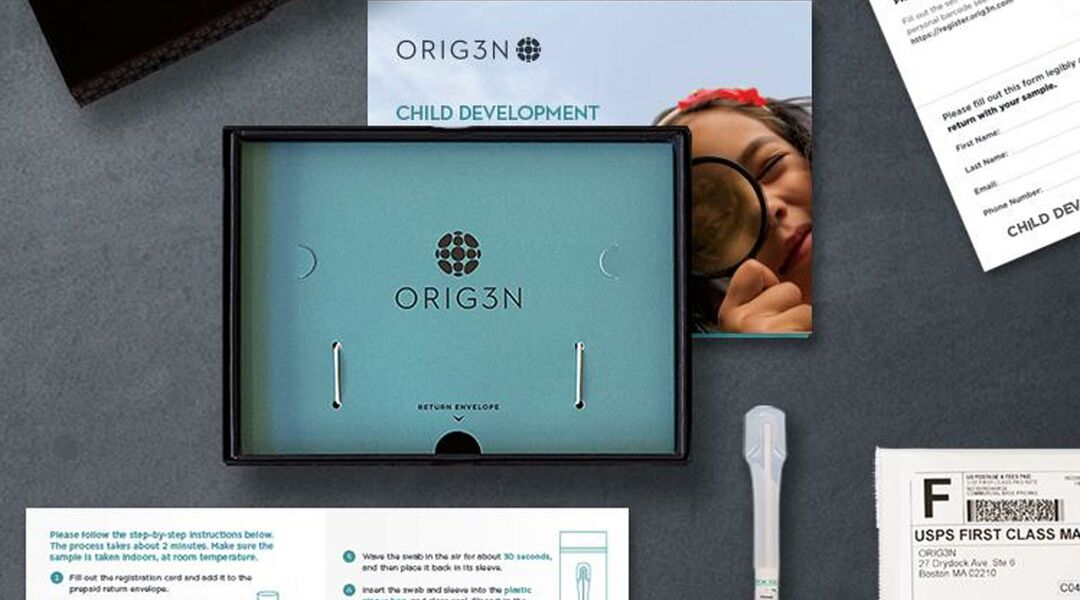 Thanks to advancements in medicine and technology, parents-to-be have a lot of choices when it comes to screening during, and even before, pregnancy. One type of testing that’s creating a lot of buzz lately? Genetic testing. And probably not the kind you’re used to.

Typically, prenatal genetic testing is used to flag genetic disorders and/or chromosomal abnormalities in your baby as early as your ninth week of pregnancy. (If you’re worried about being a carrier for a genetic disorder before you even get pregnant, you and your partner can opt for preconception genetic testing via blood test.) While they may be recommended by your doctor based on family history, they’re completely optional. An initial screening test , like a non-invasive prenatal test (NIPT), will screen mom’s blood for bits of placental DNA, flagging something like an extra chromosome that could be indicative of Down syndrome. But because it could also be a harmless mutation, a diagnostic test like an amniocentesis or CVS would then be used to get a definitive answer. These are more invasive, and require a needle in your belly.

Clearly, the above genetic tests serve a distinct purpose, and sometimes won’t be performed unless a doctor deems them medically necessary. (You usually can’t, for example, have a NIPT just for the sake of determining baby’s gender a few weeks early.) But now, new types of tests are bypassing your doctor altogether. Called direct-to-consumer genetic testing , they can be purchased online and allow expectant parents insight into their baby’s genetic predispositions—from height to food aversions—no healthcare provider necessary. All you have to do is mail in a sample of your saliva, and your partner’s.

One popular example is BabyGlimpse, an unconventional approach to genetic testing introduced by Denver-based startup HumanCode. Coined “sunshine science” by the developers, BabyGlimpse is totally for fun and focuses on surface genetic traits like eye color, height, and even grip strength (yep, you read that right). So for parents curious about anything from what baby will look like to their tolerance for dairy, this could be the answer. Plus, you don’t even need to be expecting to give it a go with your significant other; BabyGlimpse uses DNA sequencing from each partner’s saliva to predict what a child’s traits might be, if your DNA were to combine.

Not all of these “sunshine science” genetic tests work the same way. Orig3n’s Child Development test, for example, requires an inner-cheek swab from an actual baby. This genetic test says it can determine whether or not your baby will have allergies, will be good at sports, and even whether or not they’ll be able to easily learn new languages.

If this sounds like too much, albeit interesting, information, medical professionals understand. The CDC takes a cautionary approach to direct-to-consumer genetic testing. Tests like BabyGlimpse receive the CDC’s lowest classification for genomic tests—tier 3, meaning “there is no evidence for clinical validity or utility of such applications in healthy individuals.” In other words, they’re a bit superfluous.

Here’s the thing, though: These tests aren’t trying to say they’re essential. On its website, BabyGlimpse says its testing kit reveals “the brighter side personal genomics” and “fun and intuitive access to your DNA insights.” Providing no promise of accuracy or statistically correct predictions, BabyGlimpse seems more like a bonding exercise for parents-to-be than cold hard facts.

The takeaway? Personal, at-home genetic testing kits for your baby aren’t hurting anyone—but they’re definitely not going to be prescribed by your doctor.