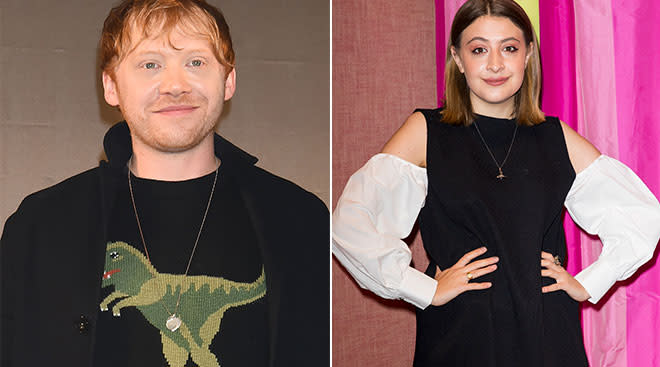 Rupert Grint is a dad!

The 31-year-old actor, best known for his role as Ron Weasley in the Harry Potter movies, has welcomed a daughter with his partner, Georgia Groome. "Rupert Grint and Georgia Groome are delighted to confirm the birth of their baby girl,” their publicist Clair Dobbs told TODAY in a statement Thursday, asking that the family be given privacy as they settle into parenthood.

The pregnancy was first confirmed to the public last month. Two years ago, in 2019, during an interview with The Guardian, Grint revealed he was excited to become a dad in the future. “I’d like to settle down and have kids soon," he had said. “If I had a son, would I call him Ron? It’s quite a good name, but probably not. And Grint’s a tough name to pair a one-syllable first name with.”

Grint—whose most recent work includes M. Night Shyamalan’s thriller series “Servant”—and Groome have reportedly been dating on and off for a decade, first getting together in 2011.