How to Deal With Allergies During Pregnancy

Allergy or normal pregnancy symptom? Here’s how to tell and how you can treat it.
facebook
twitter
copy link
email
save
ByKorin Miller
Updated March 1, 2018 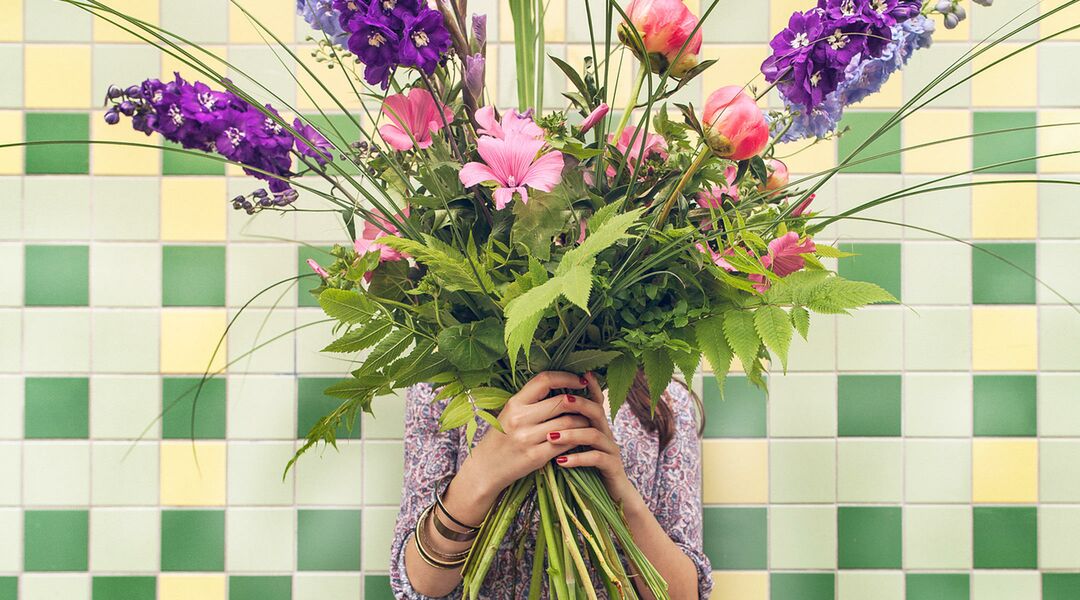 It’s completely normal (and helpful) for your body to notice when you’ve got something harmful in there, but when it declares all-out war on an invader that really isn’t so bad (like pollen or pet dander), that overreaction is considered an allergy. And it can be a real pain when you’re pregnant. Read on for signs, symptoms and solutions.

What Causes Allergies During Pregnancy?

While it may feel like your pregnancy caused you to suddenly start sneezing and wheezing, it’s usually unrelated, says Anastasiya Kleva, MD, a board-certified allergist at ENT and Allergy Associates. “Usually you go into pregnancy with allergies,” she says. “It might just be that you haven’t looked for allergies before you were pregnant.”

Most people develop allergies due to a combination of environmental and genetic factors. “Having just one parent with allergies increases your risk,” says Purvi Parikh, MD, an allergist/immunologist with Allergy & Asthma Network.

Signs of Allergies During Pregnancy

The signs of allergies when you’re pregnant are the same as when you’re not pregnant—but that doesn’t make them any easier to deal with. These are the major signs you’re struggling with seasonal and indoor allergies during pregnancy, according to Parikh:

Pregnancy can do some weird things to your body—including stuff up your nose—so it can be tough to know if you’re dealing with allergies or pregnancy-related symptoms. Still, there are a few clues.

Allergies usually involve congestion, sneezing, and itchy or watery eyes. “They can be distinguished from respiratory infections because they do not cause fever, or make the individual feel ‘sick,’” says Jonathan Schaffir, MD, an ob-gyn at the Ohio State University Wexner Medical Center. But pregnancy can sometimes increase congestion of the blood vessels in your sinuses because of the extra fluid that circulates in your body when you’re pregnant, and this can cause a stuffy your nose, he says. The condition is called pregnancy rhinitis, and it can last your whole pregnancy, Kleva says. “Allergies would feel different because there is usually a trigger, with the symptoms going away when the trigger is removed, and also are usually accompanied by sneezing and red eyes,” Shaffir says.

Testing for allergies during pregnancy

Skin testing is usually the go-to for doctors to test for allergies, but they don’t typically do it when you’re pregnant because of the theoretical risk for an allergic reaction, Kleva says. Instead, your doctor will give you a blood test, which Kleva says is “almost as good as a skin test.” If you’re struggling with shortness of breath or asthma symptoms, your doctor may also recommend a breathing test called spirometry or pulmonary function tests (noninvasive tests that tell how well your lungs are working), Parikh says.

In general, this isn’t something you have to stress about, Schaffir says. “Allergies are very common, and are a way the body’s immune system reacts inappropriately to a foreign protein that is not really a threat to health,” he says. Seasonal and indoor allergies don’t affect the baby, he adds.

How to Treat Allergies During Pregnancy

You’re not doomed to suffer through your pregnancy with a runny nose and congestion—there is help. Antihistamines such as diphenhydramine (Benadryl), loratadine (Claritin) and cetirizine (Zyrtec) are safe to use in pregnancy, Schaffir says. “Benadryl is in the same class of medications that are used for morning sickness, so there may be a double benefit,” he adds. Topical corticosteroids like Nasacort or Flonase can also help with seasonal allergies and are considered safe to use when you’re pregnant.

Allergy shots, which are meant to desensitize you so your immune system doesn’t react as strongly to particular allergens, are also considered okay, Schaffir says.

However, it’s a good idea to check in with your ob-gyn before taking any kind of medication during pregnancy. Some allergy meds like Allegra are not considered safe to use when pregnant, Kleva says, and it never hurts to double-check with your doctor.

If you’re nervous about taking medication during your pregnancy, or just want to do everything you can to ease your symptoms naturally, Parikh recommends a few home remedies to find relief:

• Change your clothes as soon as you get home. Your clothes can pick up allergens like pollen when you’re out and about, and changing them lowers the odds you’ll keep breathing them in.
• Shower and wash your hair when you come in from the outdoors. Your hair and skin also pick up allergens when you’re outside, and washing off can remove them.
• Dust and vacuum your home regularly. It’s probably the last thing you want to do when you’re pregnant, but cleaning can get rid of potential irritants that can bother you.
• Try to limit going outside at dawn. This is when pollen counts are the highest—and can make you the most stuffy.

If you’re struggling with allergies during pregnancy, don’t just suffer through it—call your doctor. They should be able to help steer you in the right direction so you can find relief.

Over-the-counter Medications You Can Take While Pregnant