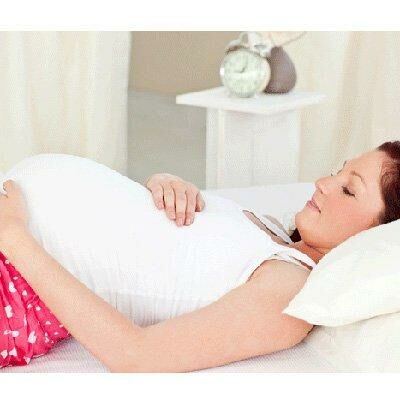 Turns out all you need to ward off preterm labor is a pair of good ole’ goggles — at least that’s what a Florida State University researcher believes.

According to James Olcese, these light-emitting devices that intermittently flash a blue light at a sleeping pregnant woman could cause a drop in the brain hormone melatonin, which is tied to contractions. He believes that flashing the blue light at women at risk for preterm labor could help either slow down or completely stop contractions.

In 2009, Olcese discovered that many women go into labor in the dead of night when melatonin is at its peak. And research completed at Tallahassee Memorial Hospital on preterm labor patients found that when women were exposed to bright light overnight, the cells associated with contractions saw a drop in melatonin levels, which suppressed contractions and delayed preterm labor. Olcese said, “We can use that information to develop ways of helping women either in inducing labor or, conversely, mechanisms that would prevent or slow the contractions a month or two earlier in the pregnancy.” So, he patented his theory that reducing melatonin would produce better results for women at risk of preterm delivery.

He found that the study, performed at Tallahassee Memorial Hospital, had patients exposed to a computer-monitor-sized lamp shining full-spectrum light, which interrupted sleeping patterns and was generally uncomfortable for participants. Which led Olcese to the idea of goggles.

He won $35,000 GAP award from the Memorial Hospital to develop a pair of goggles that flash a blue light at a mom-to-be at risk for preterm delivery. The light, he determined, was less likely to disturb a good night’s sleep. He felt that reducing melatonin would produce better results for women at risk for a preterm labor. He added that moms at risk could “simply have them [the goggles] on their nightstand and put them on if they are feeling contractions.”

The funding from his award will be put toward a second trial at Tallahassee Memorial Hospital to help determine how to best deliver the blue light flashes. Two hospitals in New England (Brigham and Women’s Hospital in Boston) will also be testing out Olcese’s groundbreaking approach. The only problem now, he says, is to “figure out how much light and how often.”

And depending on how the next round of studies go (and the outcomes), Olcese is hopeful that the product could be ready for the market (and moms) within the next few years. The only question is, would you buy it?

Do you think goggles could really help reduce a woman’s risk of preterm delivery?