After learning a thing or two the first time around, The Bump site director reveals why she went with the B-Safe for baby no. 2. 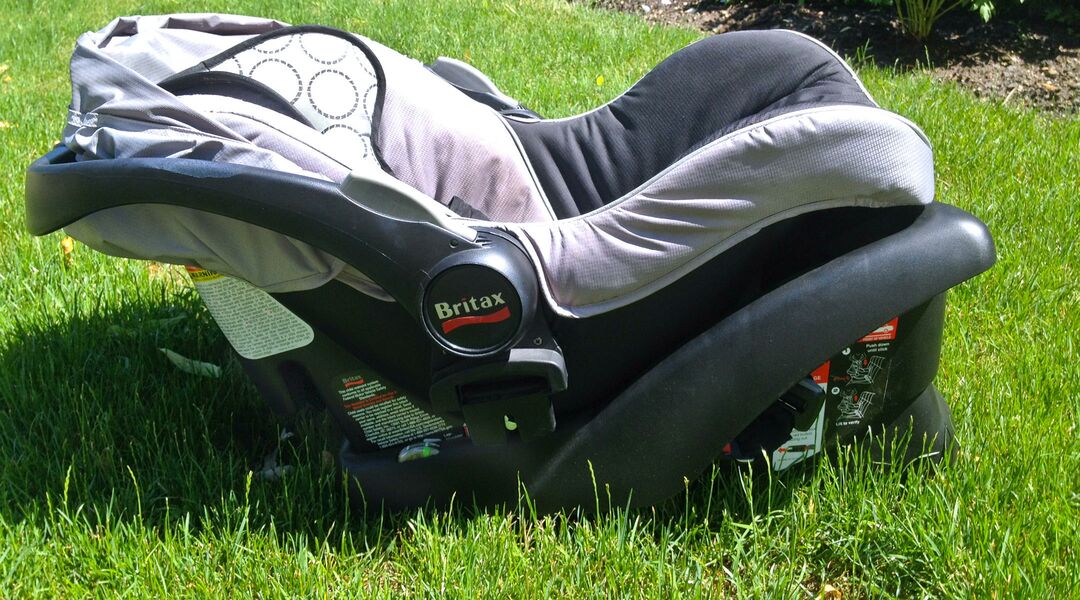 Cons
• Leveling the base can be tough

Bottom Line
The Britax B-Safe is the marriage of top-line safety features and amazing ease of use. That’s happiness in our book. 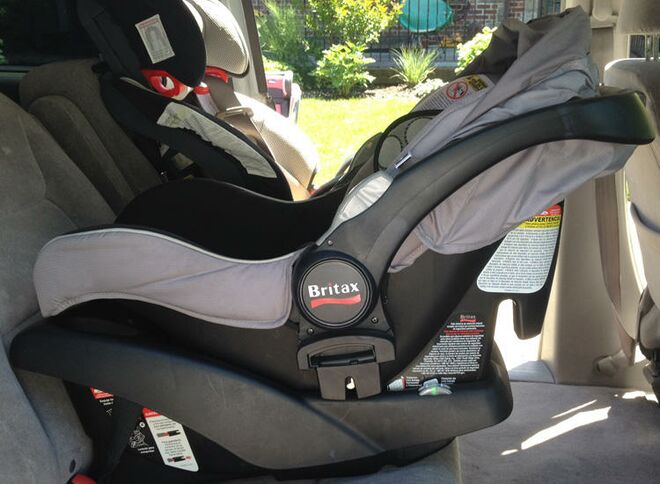 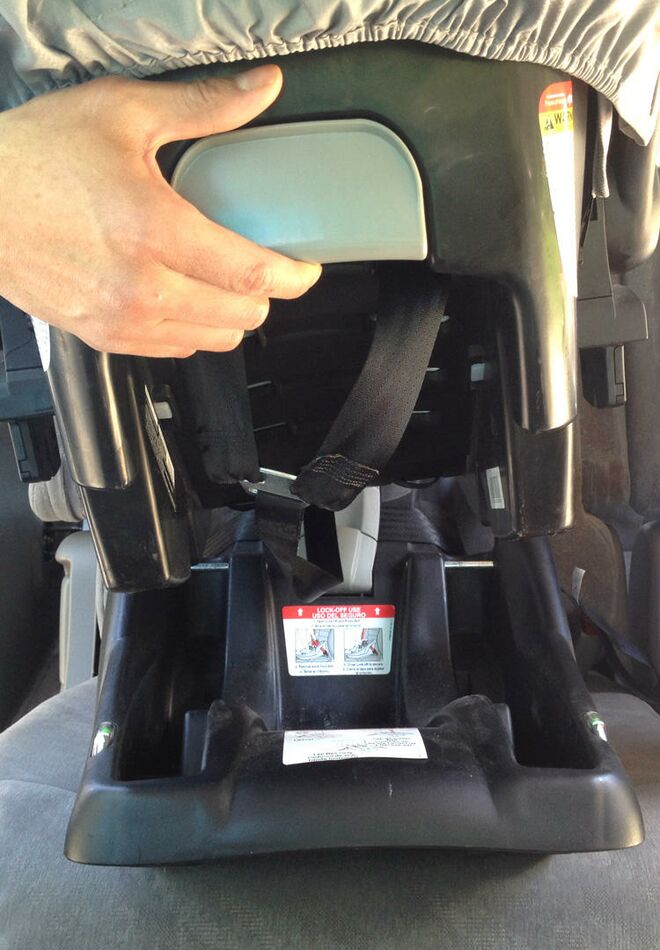 Having used another brand’s infant car seat for my older child several years back, I had terrible flashbacks of trying to secure the car seat base in our minivan. Sweat, swearing, frustration—that was my first experience (one a lot of first-time parents probably know well) trying to install the thing. That’s because the latch on some car seats requires you to reach your hands into that unknown crevasse called “behind the seat pan.” You don’t want to know what’s back there. But that’s what some car seat manufacturers ask you to do: Reach back, fish around for those two little U-shaped anchors and hook the car seat latch to them—easy, right? No. You’ll find loose change, a hardened gummy bear or two, and many mysterious things we’ll just call “scary lint from unknown parts,” but it will be near-impossible to locate the anchors and then try to secure the latch to them.

Not so with the B-Safe. I imagine Mother Ship Britax must have seen enough hand-wringing parents trying to install car seats that they answered the call and created a latch system so easy a baby (or more likely, the very tired parent of a baby) could install it. 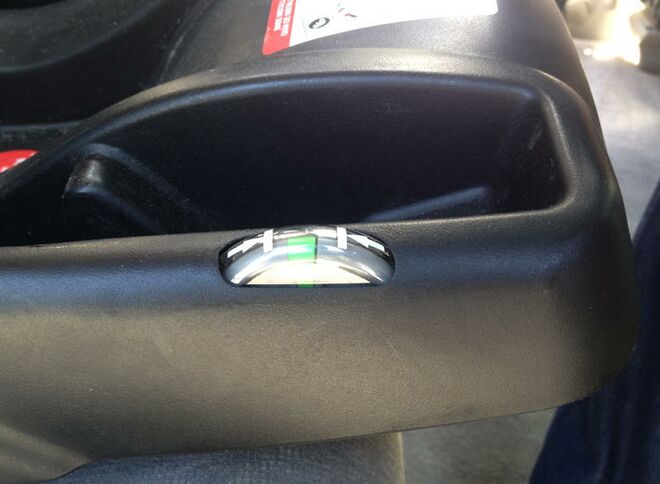 This one has two push-button lower latch connectors on either side of the base. You push these connectors straight into the seat cushion pan, push the red button to open the shark-tooth shaped closure to snap it onto the anchors—all the while your hands stay in plain sight. It took a total of less than five minutes for the base to snap in place. Once in, my husband and I checked the level indicators located on either side of the base. If the green bar isn’t in the level position, you can adjust the base to five different positions. As we learned when we were trying to figure out how to level the base, the push bar can be a little sticky and we nearly pinched our fingers trying to adjust the base.

Now that the base is set up, you can load the car seat. It clicks in with an audible sound, so you know it’s locked in. To remove it, there’s a handle behind the headrest that you pull up to take out the car seat. The seat has the standard five-point safety harness recommended by CPSafety, and while Britax touts their wide straps are tangle free, ours did get twisted.

The other safety measure worth noting is B-Safe’s commitment to crash safety. According to Britax.com, it has a proprietary SafeCell Impact Protection system, which is a sum of features: an impact-absorbing base, a steel frame and a substantial foam enveloping the headrest all the way down to the sides for side-impact protection. The bottom line: It’s definite peace of mind knowing the seat is serious about safety. 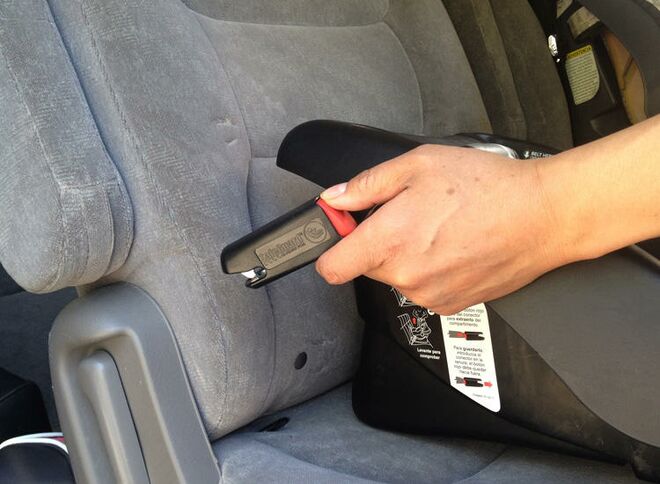 We used our B-Safe all the way until our daughter Eloise was about 22 months, when she exceeded the 35 pound weight limit and we switched over to a convertible car seat. What’s great is the seat can be used for babies as light as 4 pounds (for those unexpected early deliveries) and up to 35 pounds. The height limit is 32 inches. That adds up to a pretty long car seat life span.

We also bought the compatible B-Ready stroller ($500) to use as a travel system. The B-Ready boasts a mega-smooth ride and huge underseat storage, but sadly we didn’t actually use the two together all that much. Living in New York City, we wound up using the B-Safe car seat in our car and a more compact stroller for daily use since that was easier to maneuver on pedestrian-clogged sidewalks. 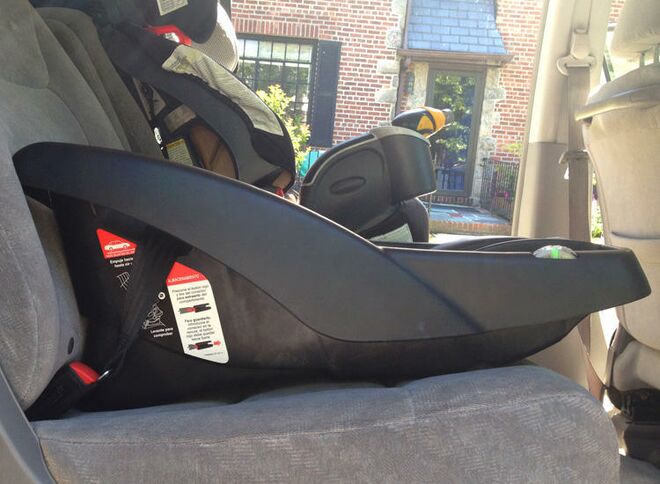 We chose the B-Safe in light gray, which matched our car and the B-Ready stroller base. (That particular shade of gray is no longer available but you can choose from black, red, sandstone, cyan, steel, meadow, sapphire and slate strie.) If you’re looking for the Eames chair of car seats, there are high-style car seats on the market with color and pattern variations galore. But the circle-patterned seat pad that it came with suited us fine and hides stains well. And while we didn’t actually use the car seat outside of the car that much, for parents who do, the ergonomic, no-slip carrier handle does make it easy to tote it around. 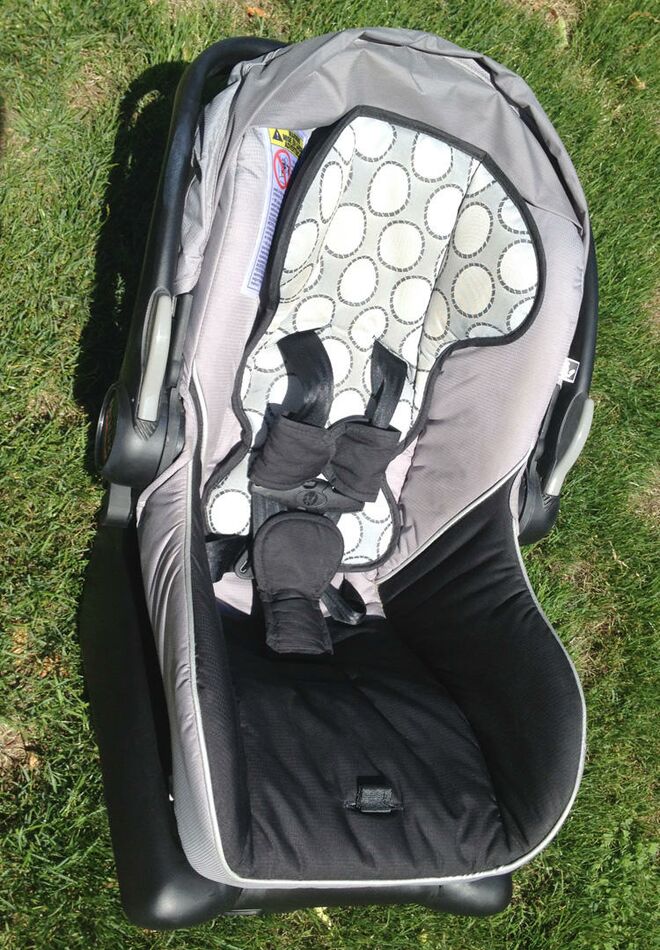 First-time parenting often feels a lot like rear-view moments of clarity. If you could go back in time you’d do things just a little differently if you had the knowledge you have now. But looking back, B-Safe was a solid choice. It had all the safety features and comfort I wanted in a car seat and I could actually install it. And after nearly two years of constant use, the car seat has held up remarkably well—it’s been a good ride.