The path to parenthood is a personal one–but how excited would you be if these celebs decided to welcome a little one? 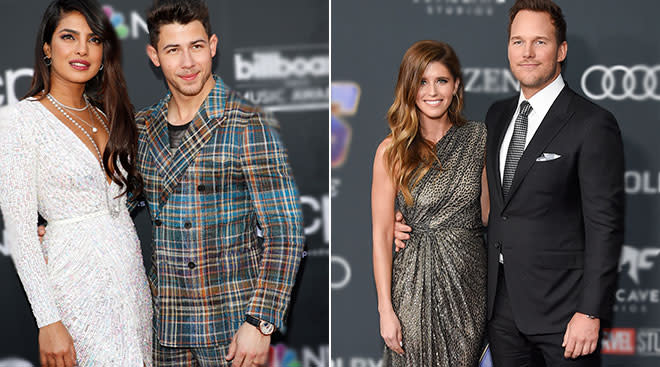 There’s lots to love about babies. There’s even more to love about celebrity babies—you get to love and obsess over them from afar without having to deal with any of the hard stuff. Watching the famous couples who have our heart become parents inspires a special kind of fascination (Beyoncé nearly broke the internet with both of her pregnancy announcements), which is why we’re crossing our fingers (and toes!) that the following celebrity power couples welcome a new baby in the (near) future.

Now, we know deciding if, when and how to have a child is not only an extremely personal choice, but also a process that might not come easy to some. Whichever path these celebs take is their own and we respect that—we’re just here to say we either think they’d be great parents (or already are!), that they’d make adorable babies or that we’d shamelessly love to follow along—or all of the above! 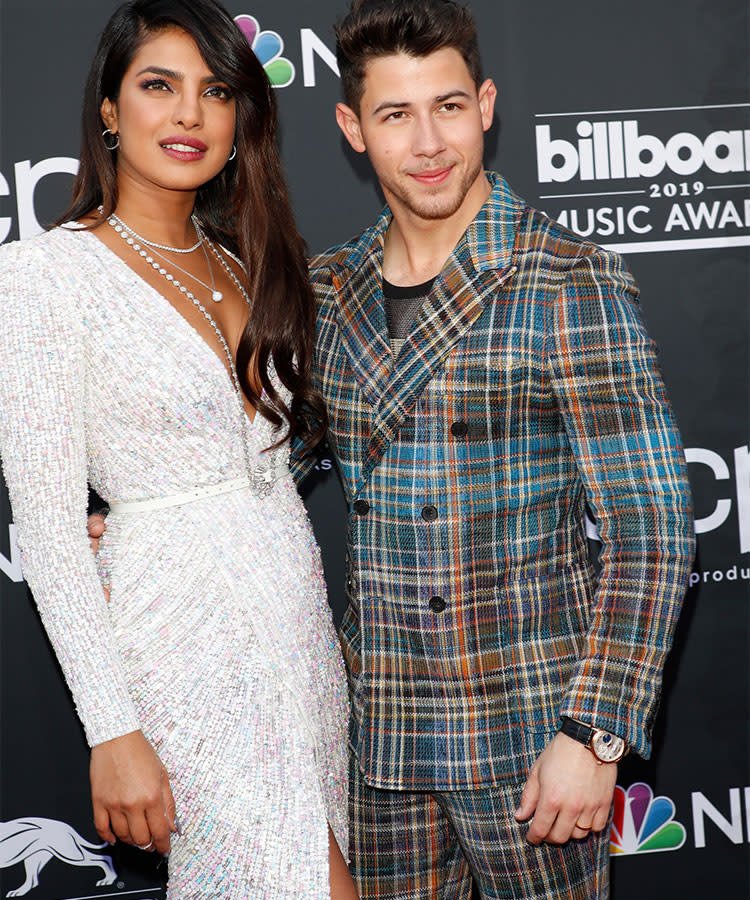 Give us ALL THE JONAS BABIES. Kidding aside, it seems both precious and practical for these two to have a little one around the same time as brother Joe and Sophie Turner (whose pregnancy was first reported in February 2020). The upsides are abundant: taking paternity leave together, having built-in tour bus play dates, creating a mini band for future generations to enjoy—plus, cousins make the best best friends. Of course, Chopra and Jonas’ timeline is their own, and we’ll be thrilled for them whenever—or if ever—it happens. 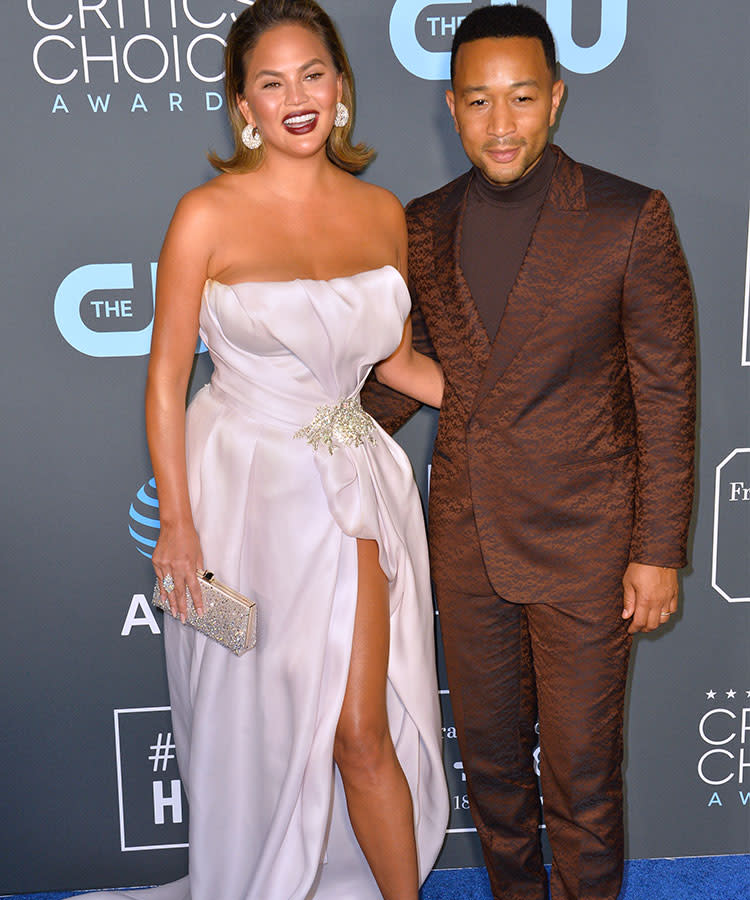 The world needs more parents like Chrissy Teigen and John Legend. Teigen is a one-woman army against mommy-shamers, a celebrated Twitter author of parenting brilliance and as real and raw as they come. Legend has performed on Sesame Street (#ElmoIsLife), wrote a song about changing diapers (“Stinky Booty”) and doesn’t hesitate to call out double standards in parenting. Together, they are the unstoppable duo raising Luna and Miles—and if adding a sibling happens to be in the cards, we are fully on board. 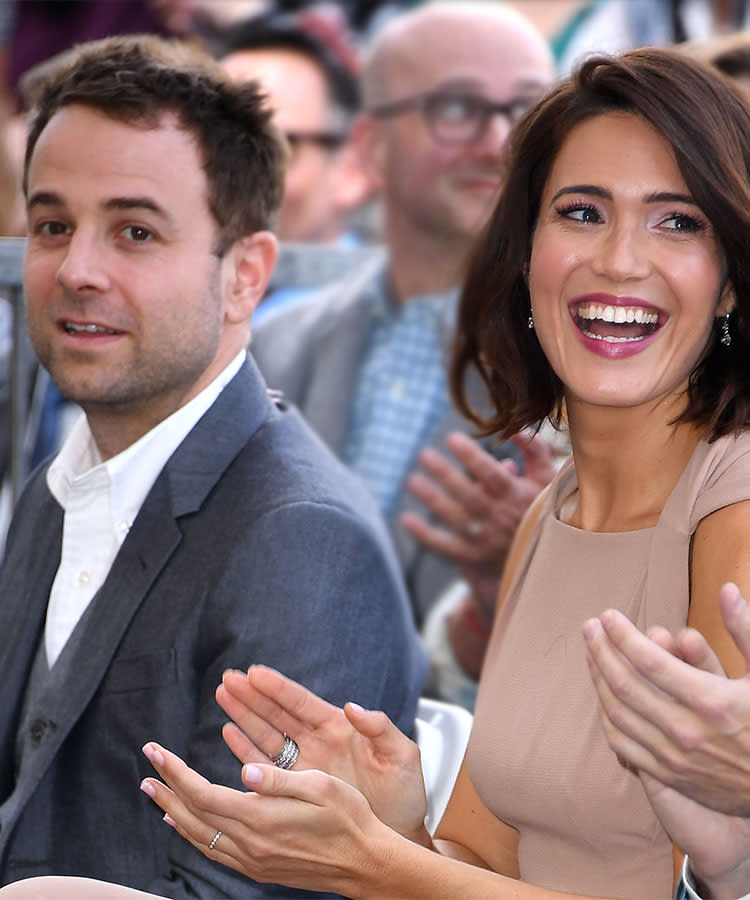 If Mandy Moore can successfully handle raising triplets on This Is Us and climbing Mount Everest in real life, we’d say she’s ready to tackle parenthood with new husband Taylor Goldsmith. Plus, can you imagine how soothing her voice would be singing lullabies? 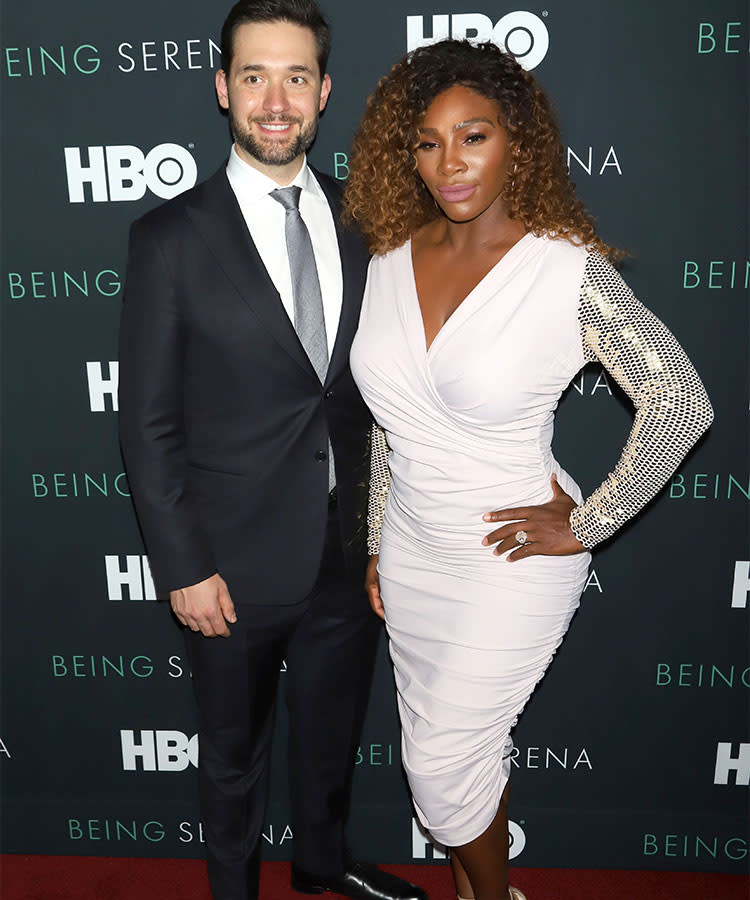 Name a more bad-ass mom than Serena Williams. (We’ll wait.) After experiencing a traumatic, nearly fatal childbirth with daughter Olympia in September 2017, the tennis legend managed to make it back on the court in just six months. (Meanwhile, I’ve yet to make it to a workout class six months postpartum.) But beyond her success on the tennis court, she’s a powerful example for her daughter of what it means to be a strong woman and mother—and that is something we can’t wait to see more of in the future. 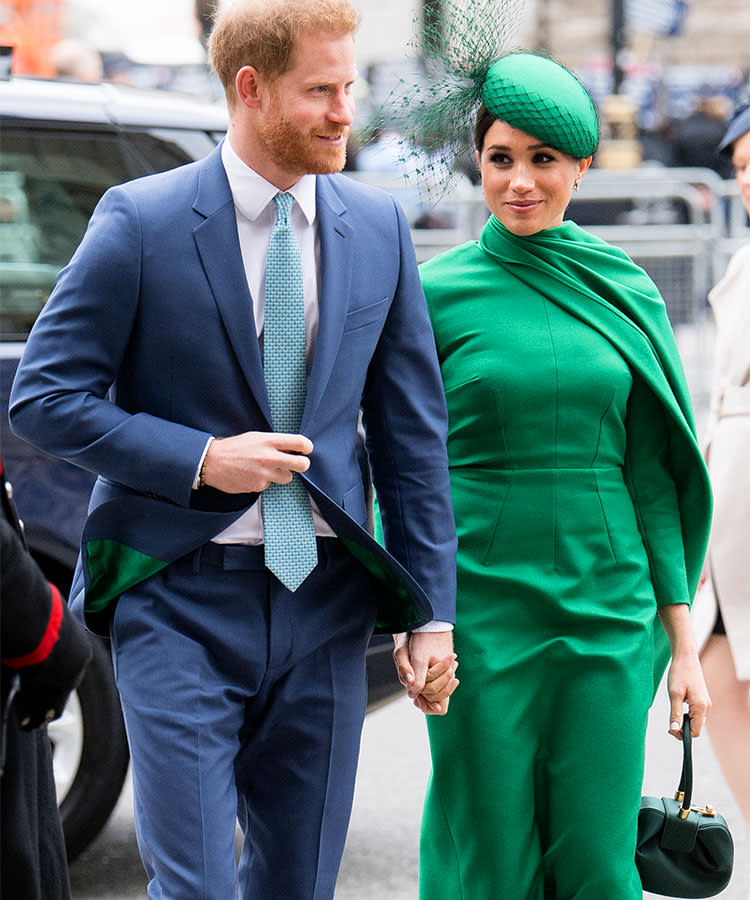 Our royal obsession hasn’t waned just because Meghan Markle and Prince Harry have shed their titles. While both the wedding and the birth of their first child, Archie, happened with royal pomp and circumstance, the now-former Duke and Duchess of Sussex are embarking on a thrilling next chapter as common folk—and a sibling for Archie amidst this new territory for the family seems like the perfect way to kick things off. Plus, Markle won’t have to worry about a royal photo shoot in heels just hours after giving birth this time around. 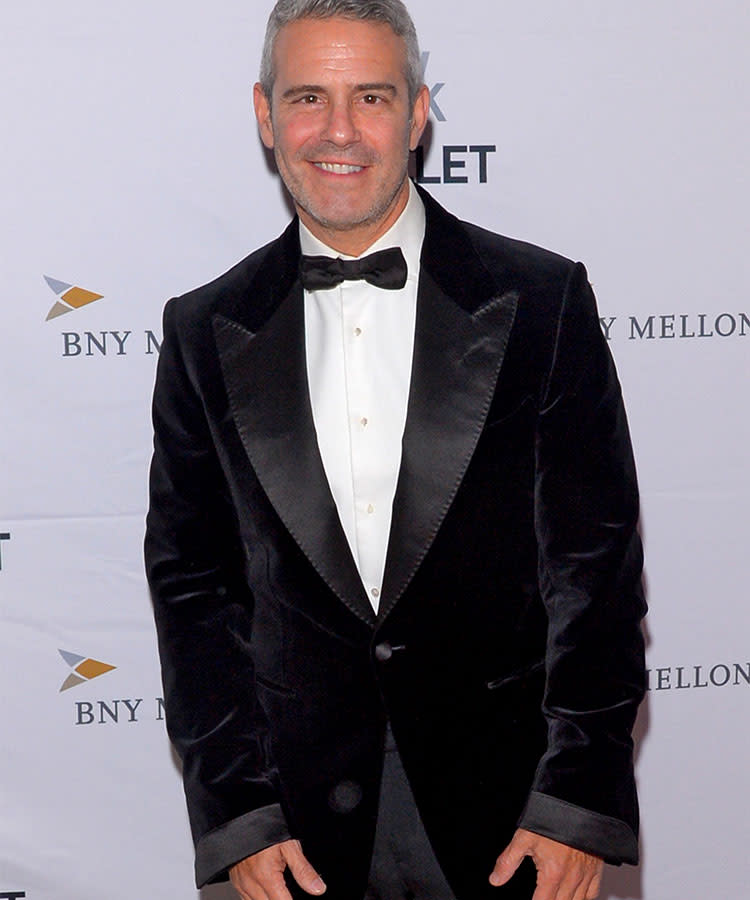 Andy Cohen has our eyes glued to whatever he creates—whether it be the Housewives’ TV franchise on Bravo or his first child, one-year-old Benjamin. His sweet snaps of his son and musings on fatherhood make us feel all the feels, and we’re as anxious to watch his crew grow as we are for the newest season of RHONYC. Plus, Cohen himself has mentioned multiple times that he’s “thinking about” having another child. Bravo for more Bravo babies! 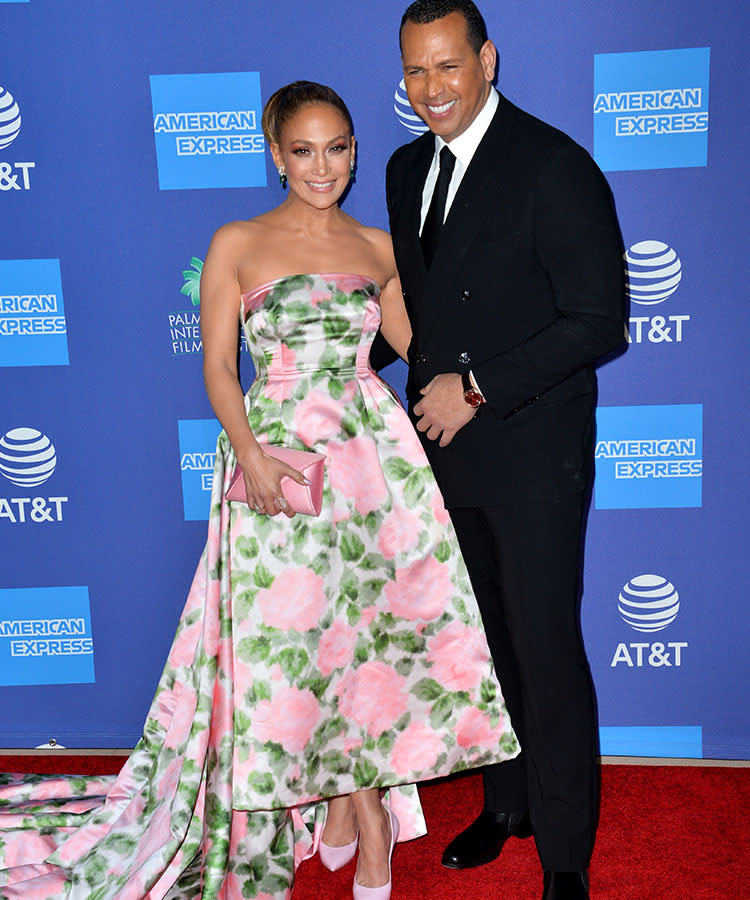 These two should need no justification for procreation. Besides the fact that their combined genetic pool is overflowing with talent (a legendary athlete plus J. LO, come on), Rodriguez and Lopez have already proven successful at coparenting their adorable blended family (Lopez’s 11-year-old twins with ex-husband Marc Anthony, Emme and Max, as well as Rodriguez’s two daughters with ex-wife Cynthia, Natasha, 15, and Ella, 11). Adding in a baby to this modern-day Brady Bunch seems like just the sort of thing 2020 needs at this point—and J. Lo is here for it too. “I don’t know that it’s in God’s plan but I would like to try,” she recently told People magazine when asked about growing their family. “I’m so open to it!” 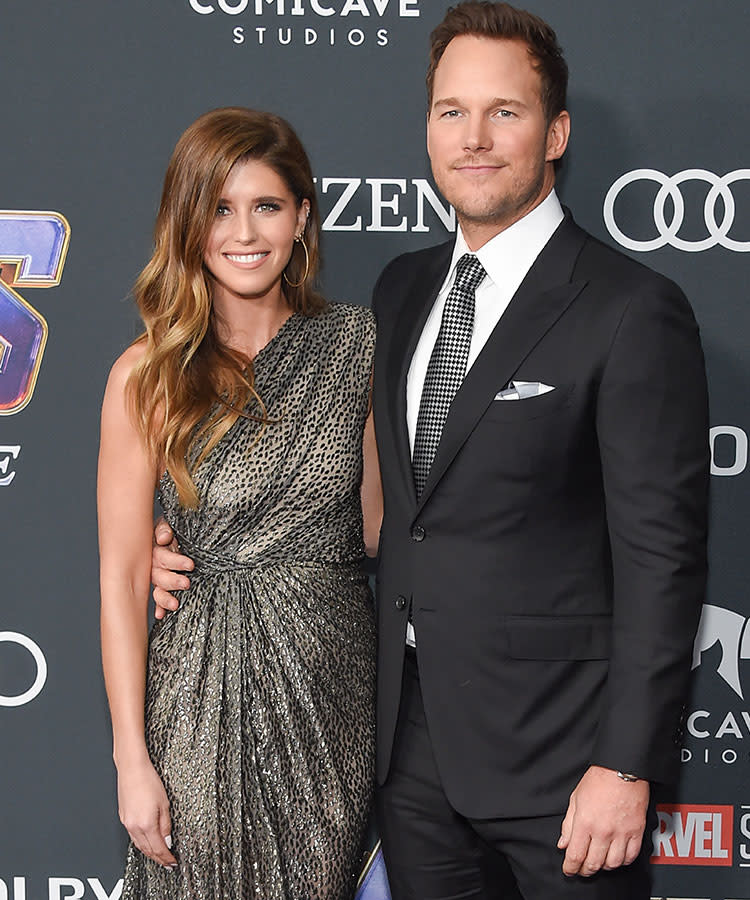 Hearing Chris Pratt talk about being a father to his 7-year-old son Jack (with ex-wife Anna Faris) is like Googling pictures of puppies: It just makes your heart want to explode. Same goes for when Pratt talks about his new wife, Katherine Schwarzenegger (the two wed in June 2019). “She’s, God-willing, gonna be a great mom one day,” Pratt told E!. Here’s hoping that it’s one day soon. 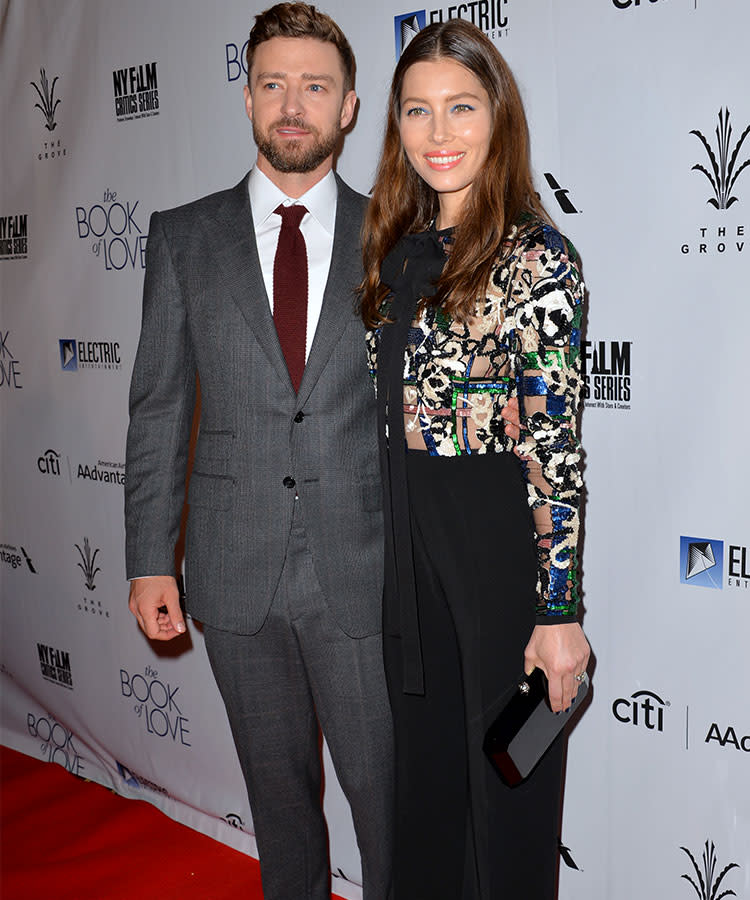 We could get lost in Jessica Biel and Justin Timberlake’s family photos with their 4-year-old son Silas for hours. Images of them frolicking on the beach, crushing family Halloween costumes and hanging at rehearsals would make us want to puke if we didn’t just love them so. If adding another child into the mix means more of this adorable-ness, we are in full support—and if not, we’ll just keep soaking up all the sweetness they currently share. 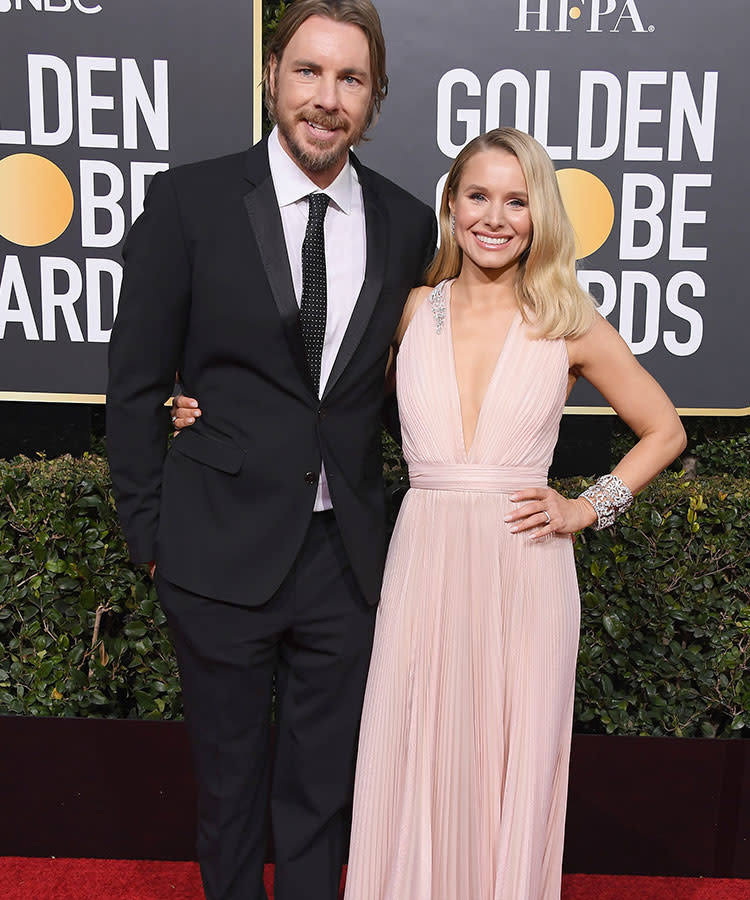 Kids always think their parents are the most embarrassing, but we have a hard time picturing Kristen Bell and Dax Shepard as anything but the coolest parents on the block. (She was in Frozen! It’s the ultimate kiddie mic drop.) With their two daughters Lincoln, 7, and Delta, 5, Bell and Shepard appear to have found that perfect parenting balance: Teaching their children to be good humans while managing to not take everything too seriously. And though Shepard revealed on Jimmy Kimmel Live! he had a vasectomy back 2015, one can still dream for them to add another member to their sweet family. 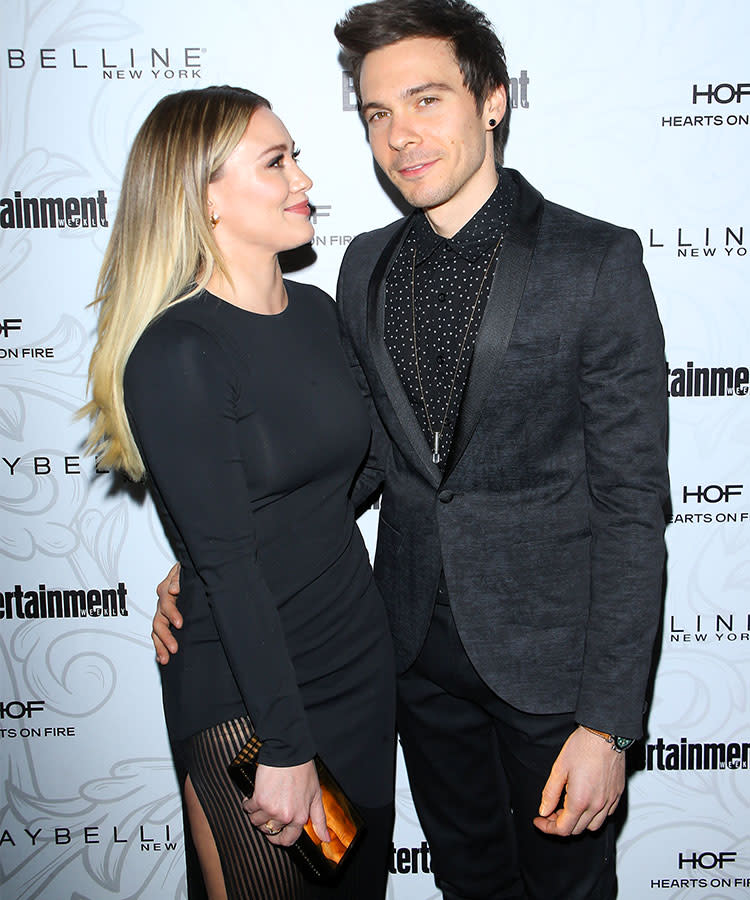 Hilary Duff and Matthew Koma are already crushing it with their two kids, 8-year-old Luca (from Duff’s first marriage to Mike Comrie) and 16-month-old Banks—modeling how to be passionate about the environment, ambitious (the Younger star is also co-owner of Happy Little Camper, a company that produces non-toxic and earth-friendly baby care), and strong (Duff took on Disney when they tried to water down the Lizzie McGuire reboot). We’re confident they could handle a third with ease—if they wanted to, of course!

These Are the Most Popular Celebrities Parents Name Their Babies After

16 Celebrities Who Went the Adoption Route Black and Pregnant: 9 Ways to Celebrate Your Experience
Article saved.Go to My Saved Articles
Article removed.