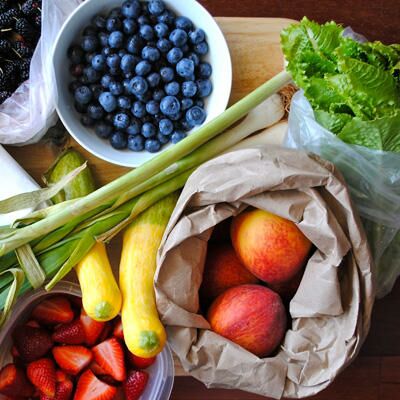 Remember all those times your own parents warned you to eat your fruits and vegetables? Turns out grandma- and grandpa-to-be might’ve been on to something. New research suggests that pregnant women that drink a lot of water and eat a diet rich in veggies, fruits and whole grains are actually lowering their risk of preterm delivery.

Using data collected from the Norwegian Mother and Child Cohort Study, researchers in Sweden, Norway and Iceland set out to examine whether a link exists between maternal diet and preterm delivery. They analyzed 66,000 women between 2002 and 2008. All of the women involved in the study completed a validated food-frequency questionnaire on their dietary habits during the first four to five months of pregnancy, did not have diabetes and had a singleton baby birth. For the study, researchers defined preterm delivery as taking place anywhere between 22 weeks and 37 weeks of pregnancy. From the Cohort, researchers noted that 3,505 women delivered preterm (roughly 5.3 percent of the 66,000 women included).

Researchers were able identify three distinct dietary patterns, which they defined as “prudent” (which meant that they ate vegetables, fruits, oils, whole grain cereals, poultry and fiber-rich bread and drank water as their main beverage), “Western” (which meant they ate salty and sweet snacks, white bread, desserts, and processed meat products) and “traditional” (which comprised of a potato, fish, gravy and cooked vegetable diet with low fat milk as a main beverage). They noted that, overall, a “prudent” dietary pattern was associated with a significantly lower risk of preterm delivery, especially among moms-to-be who were pregnant with their first child. Researchers also noted that a “traditional” dietary pattern also resulted in a reduced preterm delivery risk. Unsurprisingly, the only dietary pattern not associated with a decreased preterm risk was the “Western” diet, made up of salty and sweet snacks and processed meats.

Though the study did not establish causality, the findings indicate that increase the intake of foods associated with a “prudent” diet (like veggies, fruits, oils, whole grains, fiber-rich foods and lots of water) are more important than totally excluding processed foods, fast foods and junk foods. The findings were so substantial that the authors have recommended pregnant women eat a balanced diet including fish, whole grains, vegetables and fruits. The authors wrote in their conclusion, “Diet matters for the risk of preterm delivery, which may reassure medical practitioners that the current dietary recommendations are sound but also inspire them to pay more attention to dietary counseling.”

Do you think a healthy diet could keep you from delivering too soon?