What to Expect When Early Labor Starts

With all the different labor stages, it can get kind of confusing. Here’s what early labor is, and what happens when it kicks into gear. 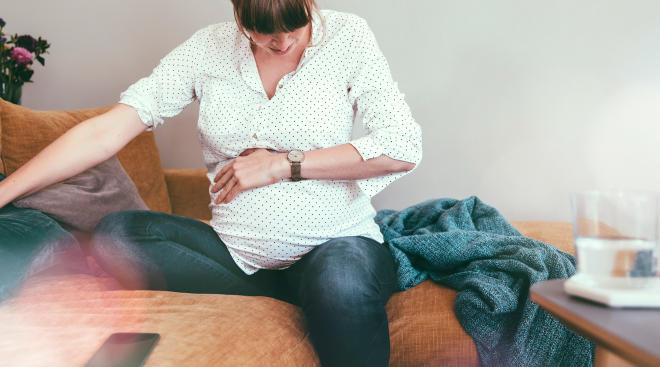 Early labor is an exciting time—it means you’ll soon get to meet your little one! But the stages of labor can be a little confusing. How do you know when you’re in early labor, and what can you expect to happen? Here’s what to know about early labor, plus what to do when you’re actually in it.

What Is Early Labor?

Early labor (aka latent labor) is the beginning of the labor process. During this time, there’s a gradual change in the dilation (or opening) and effacement (or thinning) of your cervix, says Julie Lamppa, APRN, CNM, a certified nurse midwife at Mayo Clinic.

Early labor is also usually considered the part of labor before you’re 6 centimeters dilated, says Christine Greves, MD, a board-certified ob-gyn at the Winnie Palmer Hospital for Women & Babies in Orlando, Florida. Once you’ve progressed beyond that, you’re considered to be in active labor.

It’s not just about dilation, though. “Cervical dilation alone shouldn’t be confused with phases of labor,” says Lamppa. “Some women will be living their normal day-to-day life with a cervix dilated to four or five centimeters when they’re full-term.” Rather, during early labor, you’re also having regular contractions that are actively changing your cervix, she explains.

There are a few signs that you might be in early labor. A big one is contractions that are coming regularly, Greves says. “When the contractions start to increase in regularity and are becoming persistent, that’s probably the beginning of the latent phase,” she says. During this time, contractions may start about 15 minutes apart and last about 60 to 90 seconds, and then speed up to about five minutes apart. Other potential early labor symptoms include pelvic pressure and bloody discharge, aka your bloody show, says Jessica Shepherd, MD, an ob-gyn and director of minimally invasive gynecology at the University of Illinois at Chicago.

Every first-time mom-to-be wants to know, what does early labor feel like? Contractions during the latent phase of labor can feel like strong tightening or squeezing in your belly and could be super-painful or just a little uncomfortable, Greves says. “It depends on the woman,” she says. “Everybody has a different pain threshold.”

If your early labor contractions aren’t bothering you, that’s a definite perk. Just know that they very likely will at some point. “In addition to frequency and regularity, the contractions should be progressively getting stronger or more uncomfortable,” Lamppa says. “These contractions may be felt in the front, in the low back, down the thighs or all around—there are no concrete rules.”

How Long Does Early Labor Last?

Again, every woman is different, and it’s hard to say exactly how long your early labor will last. It can be anywhere from hours to days, Shepherd says.

“This depends on several factors, but one of the biggest influencers will be if you have labored or had a vaginal birth before,” Lamppa says. “If this is your first baby, early labor can last for even a day or two, or it can be a matter of hours. It’s very hard to predict. If you have had babies before, the intensity of contractions can progress very quickly, even during this early phase of labor.”

What to Do During Early Labor

It’s a good idea to check in with your obstetrician or midwife’s office and let them know you’re experiencing early labor contractions, and give your doula the heads up, if you’re using one. They’ll likely tell you at what point to start heading to the hospital, but be warned: It might not be right away. That’s because many hospitals won’t admit you until you’re in active labor, so during the latent phase of labor, you’re probably better off at home.

You’ll want to make sure your bag is packed for the hospital and do what you can to stay comfortable. That may mean taking a bath or shower, and walking, bouncing on an exercise ball or swaying on your hands and knees, Lamppa says. For some good early labor positions, check out these expert-recommended options.

If you’re not too uncomfortable during early labor, don’t hesitate to use the time to get some sleep. “If you feel like your body needs rest, then rest,” Lamppa says. “Dozing or deep relaxation between contractions can help you recharge.” It’s also a good idea to stay well hydrated and eat light meals or healthy snacks during this time, she says.

Above all, do what you can to relax. “Appreciate these are the last few moments of peace,” Greves says. After all, you’ll have a newborn very soon!

What to Know About Your Water Breaking During Pregnancy

The Best Labor and Birthing Positions for You and Baby