Past Your Due Date? Natural Methods to Induce Labor 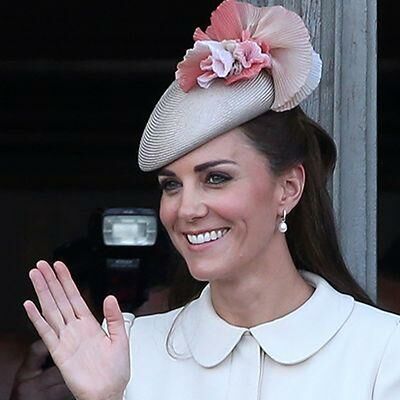 Now that Duchess Kate’s rumored due date has come and gone, and Prince William is nearly a week into his paternity leave (Kate’s last public appearance before giving birth was March 27), all eyes are on the #GreatKateWait for royal baby no. 2’s birth announcement via Twitter. Several reports say she’ll be induced, which is common, and at times, encouraged, for mothers who are full term or pregnant with big babies.

While pregnant woman should always consult with their doctors and there are no scientifically-proven ways to naturally induce labor, since there will be perks for giving birth on the same day as the royal baby is born, here are a few methods that have been said to work:

Having sex True, orgasms may bring on contractions, and there’s a hormone called prostaglandin in semen that’s also in the popular induction medication Pitocin. But according to a study from BJOG: An International Journal of Obstetrics & Gynaecology, having sex hasn’t been proven to jump-start labor. Plus, it’s the more concentrated, synthetic version of prostaglandin in Pitocin. That being said, most doctors will tell you if you have a partially softened and effaced cervix and are at full term, there’s a chance sex could put you over the edge. Hey, this could be your last chance to roll in the hay for a while — nothing wrong with taking advantage.

Eating spicy food The common old wives’ tale says spicy food could cause enough stimulation to trigger uterine contractions. But nothing has been proven yet, except a good chance of heartburn. Regardless, that didn’t stop Jill Duggar Dillard from eating spicy Mexican food three days before she gave birth to baby Israel David Dillard in hopes of turning her Braxton Hicks contractions into something more.

Gulping down castor oil The reasoning behind this one: Castor oil is a strong laxative, and bowel stimulation caused by drinking it (yeah, gross) may make contractions kick in. Still interested? A recent study found that it does increase the chances of labor after 24 hours of consumption, but it also can increase the chances of baby passing meconium in the amniotic sac, which can lead to respiratory problems for baby. So not worth it.

Stimulating your nipples Labor-inducing oxytocin, also found in Pitocin, is released when your nipples are stimulated (with your fingers, your partner’s fingers or even a breast pump), but experts say this is pretty risky to try at home. Conclusions published in the journal Midwifery found it’s possible to overstimulate your uterus with nipple stimulation, which means your contractions and baby’s well-being would need to be monitored.

Taking a long walk The theory here is that being out and about and upright will lower the baby, and the resulting pressure on your cervix will lead to dilation. It’s not a sure thing, but it could do the trick.

Getting acupuncture Some moms swear they induced labor with acupuncture, which supposedly regulates blood flow and can help dilate the cervix (although all treatments are purely external). But a recent study out of Denmark found no difference in spontaneous labor between women at 41 weeks treated with acupuncture and those not treated.

Find out more ways to induce labor on TheBump.com.

What New Moms Need to Know About Breastfeeding and COVID-19