“I have to do what's right for my body and what's healthy for my son.”
ByAshley Edwards Walker
Contributing Writer
PublishedOct 2019 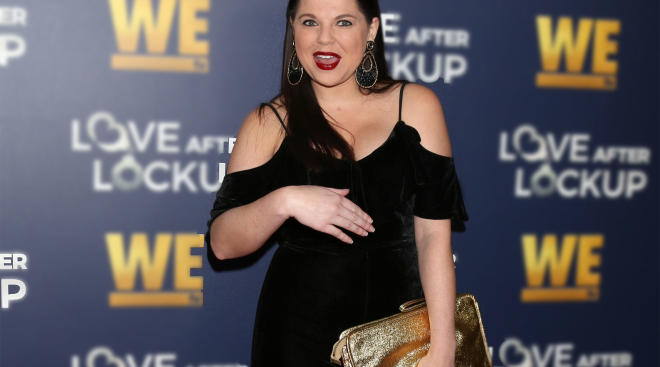 With 19 kids and counting, the Duggar family and parenthood are practically synonymous. But while many members of the core Duggar family (we’re talking about the kids of Bob and Michelle, who were featured on the family’s TLC reality show) have attempted home births, their cousin Amy Duggar King proudly shared her decision to have a planned c-section.

On Wednesday, shortly after posting an Instagram photo of her bump with a sticker on it that said “coming soon,” Duggar King took to the social media platform again to share that their son Daxton was going to be making his world debut that day.

“Brb… we’re gonna go be parents now!” she posted alongside a photo of her and her husband Dillon King taken outside what appears to be a hospital. “Surprise! Our little Daxton will be here today!”

She explains that because her doctor told her it was likely she’d need a c-section to deliver their baby safely, she decided to go ahead and schedule the surgery rather than wait and see if she’d need to have it under emergency circumstances.

“With my small frame and the fact that the Dr. said there’s an 85 percent chance I’d have an emergency situation, we went ahead and scheduled a cesarean to be on the safe side,” she wrote. “I’m sure there will be negative comments. But I have to do what’s right for my body and what’s healthy for my son.”

And she’s absolutely right; sometimes having a c-section is what’s best for mom and baby It’s a decision every woman has to make with her doctor and shouldn’t be open to criticism. Unfortunately, a lot of women who have c-sections are still sometimes shamed by people who feel having the procedure is taking the “easy way out.” In reality, it’s a major surgery that can result in a lot of complications.

“I’ve been mentally and spiritually preparing myself for this I’m trying to relax, and not worry,” she continued. “But I’ve never had surgery before, I’ve never even stayed in a hospital before, so I’m just a ball of nerves… soo I’d appreciate your prayers!”

It’s great that Duggar King seems determined not to let the naysayers get to her, even if she was nervous about the procedure going in. At the end of the day, she made it clear her priority was ensuring a healthy delivery for her son.

“In just a few hours our lives will be forever changed!” she concluded her post. “I’m focused on God’s promises and that sweet little face! Ok, daddy let’s do this!”

Later, she shared a pre-surgery selfie to her Instagram Stories with the words “Here we go!” and a blue heart.

“He’s absolute perfection,” Duggar King wrote next to a shot announcing the partnership.

Congrats to the new party of three!