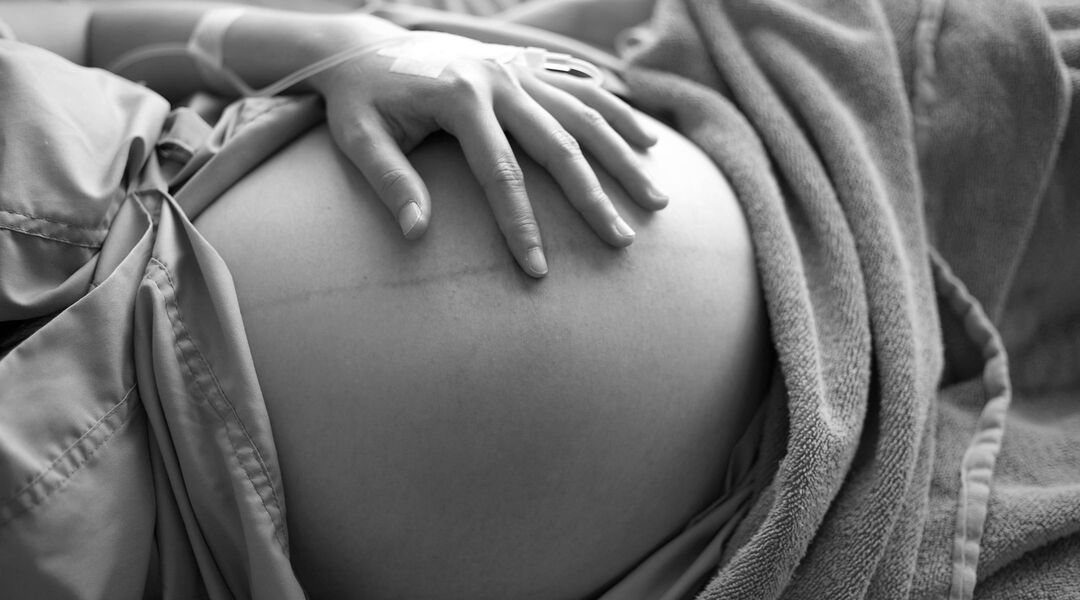 We take you behind the scenes to learn what it’s <em>really</em> like to have a C-section—and brace you for a few common shockers.

You’ve studied the various birthing positions, brushed up on your labor pain medication options and curated your music playlist. You may have even read up on what a standard c-section procedure looks like. But what you may not have prepared for are some of the strange but common things that can happen during and after a cesarean. Here, moms and experts break down the unexpected truths of a c-section delivery and recovery.

1. You May Get the Shakes

If you have a spinal block, you may spend some time involuntarily vibrating all over (though some find it’s just their legs that spasm). “It’s a strange sensation for some patients, since it’s involuntary shaking, but it’s nothing excessive—just a light shiver—and perfectly normal!” says Carolyn Eskridge, an OB with Eastover Ob/Gyn in Charlotte, North Carolina. But don’t worry: “It subsides quickly, as the spinal usually wears off after a few hours,” assures Eskridge.

The good news is you’ll be totally numb from your belly down during surgery (and for a couple of hours afterward), so your cesarean won’t hurt a bit. But some moms do claim to feel a pushing and tugging sensation as baby is eased out of their abdomen (especially if he or she is crammed up near mom’s rib cage).

We’ve heard from tons of mamas who complain about being ice cold during their c-sections—and many tend to blame it on the cool temps in the operating room. But while ORs are kept cooler for many surgeries (to maintain sterility, prevent humidity formation and combat bacterial colonization), Eskridge says doctors actually raise the temperature in the room for c-sections in order to accommodate the new arrival. Still, between being numb from the waist down and lying still for 30 minutes half-naked, it’s no wonder moms tend to catch a chill. The good news: You can often request warm blankets to be placed on you to combat some of the cold.

After surgery your doctors may bring in contraptions called sequential compression devices (SCDs), which work to improve your circulation and prevent blood clots. They might even slip them on when you’re asleep and numb after surgery—so if you wake up to find them on you, don’t be alarmed. They kind of look like space boots and may seem a little weird at first (since they inflate and deflate repeatedly), but the sooner your blood gets pumping all around, the sooner your doctors will take them away.

5. There Will Still Be Hands on Your Vagina

Surprised? New mom Lori gave it to us straight: "After my second c-section, a nurse came into my room in the middle of the night and gave me what I now refer to as a vaginal car wash. I was NOT expecting that!” It’s true: Even though it isn’t baby’s exit route, your vagina will still be involved in your c-section and recovery. Basically, the “vaginal car wash” will come sometime after delivery (and more than once, if needed), and just involves a little rinse-down with a peri bottle and a pat down with a dry cloth—the point is to clean up any blood that will be leaking out after the surgery (more on that below). Also, be prepared for a nurse to insert a catheter before surgery (but usually after you’ve received anesthesia, so you won’t feel a thing).

6. There Will Be Blood

“I was surprised about the postpartum bleeding,” says Bumpie BChenier. “I guess I figured since the baby didn’t come out vaginally, I wouldn’t bleed (boy, was I wrong).” You won’t have as much postpartum bleeding as with a vaginal delivery (since the vaginal cavity is wiped clean at the time of your surgery), but bleeding will still happen. After all, your uterine wall has to heal itself after the placenta has been detached, and your blood vessels are responding to the dip in hormone levels. Plus, that thick lining that grew to support baby throughout your pregnancy will need to shed itself in the weeks after your delivery. Don’t worry though—any bleeding should be light and only last up to six weeks.

Pooping can be a major problem post c-section, since it’s tough to push when your abdomen is tender and sore. Taking stool softeners after delivery will ease you back into your routine again—and make you a pretty happy camper in the process. Just remember to drink lots of water, and walk around as soon as you can, to keep your bowels awake. And to ease your mind: No, a bowel movement won’t bust your stitches—it just doesn’t happen.

8. Coughing and Sneezing Will Hurt

“I came home and had a coughing fit one afternoon, and OMG it hurt like the dickens!” says Bumpie BOGOhokie06. Eskridge, who had two c-sections of her own, had the same experience— and has some useful advice: “Splinting (holding a pillow against the abdomen over the incision) is very helpful in preventing pain with coughs, sneezes and laughing.” Keep a pillow handy in all rooms of the house and when you’re riding in a car. Belly bands or other compression garments can also help support your abs, since applying pressure to your muscles after they’ve been cut will help combat the pain that comes from muscle contractions. How long can you expect this to last? Eskridge says the pain to likely be the worst the week after delivery but will gradually get better over the course of a few weeks after that.

9. You May Have Gas Pains—in Your Shoulders

Yep, you read that right. You may get some wicked gas pain in your shoulders after delivery. When your bowels become sluggish after surgery, the resulting gas pain can press on the diaphragm, and that pain can extend to the shoulders. To combat this, your nurse will probably offer you anti-gas meds and encourage you to walk around as soon as possible. But that’s not the only cause of postsurgical shoulder pain. Eskridge says moms sometimes feel this way as a result of “referred pain”—pain that’s actually being caused in another part of the body (in this case, your uterus), but felt somewhere else, because of the way your nerves react. Yes, it can be rough, but the pain should subside in a day or so.

Some moms admit they didn’t realize just how prominent their scar would be. “I felt totally disfigured,” Lori says of her c-section scar. “But over time, it faded and flattened a lot, and now I actually love it. It’s my mommy battle scar!” Don’t fret over it too much—just expect that while you may be weirded out in the beginning, the newness of it will fade in time. Want to help it fade faster? Eskridge suggests trying scar-fading ointments—but only after you’ve let it heal for six weeks (applying anything sooner may cause an infection).

We’re not suggesting you get up and do a round of jumping jacks, but just getting up and hobbling around as soon as humanly possible is a good idea (after your doctor says it’s okay, of course). “Once the spinal wears off and movement is back in the lower extremities, it’s safe to walk around,” Eskridge says. “Plus, it gets the bowels working again and can prevent a lot of gas pain.” It also helps prevent blood clots.