What It Means if You Have a Corpus Luteum Cyst

Get the deets on what a corpus luteum cyst is, what risks it might pose during pregnancy and what to do if you’re diagnosed with one. 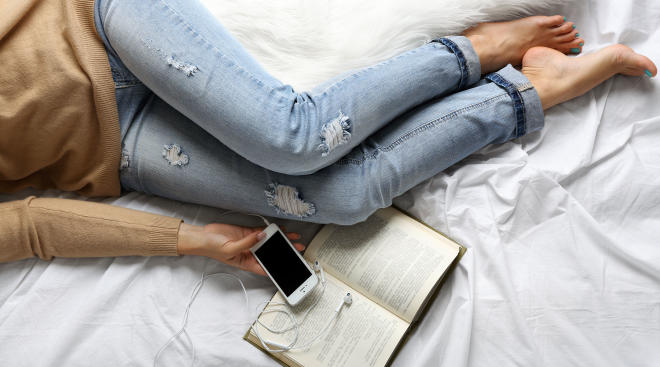 When you’re pregnant, it’s only natural to worry about every little thing that goes on in your body. After all, you want to ensure that everything is just right for that growing baby! So if you’ve been diagnosed with a corpus luteum cyst, you’re probably wondering what it is and what it means for baby. But rest assured that it’s a common condition that many women experience, whether they’re pregnant or not.

What Is a Corpus Luteum Cyst?

A corpus luteum cyst is simply a cyst that forms inside the corpus luteum. What’s that, you ask? Let’s review how ovulation works.

Every cycle, your body produces hormones that cause follicles—aka tiny fluid-filled sacs, each containing an immature egg—in one of your ovaries to start maturing. However, only one of the developing follicles will go on to form and then release a fully mature egg. Once it has released the egg, the empty follicle then transforms into the corpus luteum, a ball of cells that’s responsible for producing the hormone progesterone, explains Melissa R. Peskin-Stolze, MD, an ob-gyn and assistant professor of obstetrics and gynecology and women’s health at Montefiore Health System and Albert Einstein College of Medicine.

If an egg is fertilized and you become pregnant, hormones stimulate the corpus luteum to secrete progesterone until the placenta develops and takes over progesterone production for the remainder of the pregnancy, says Camaryn Chrisman Robbins, MD, a Washington University ob-gyn at the Women & Infants Center in St. Louis, Missouri.

If you don’t become pregnant that cycle, the corpus luteum breaks down and is shed along with the lining of your uterus in your next period.

Sometimes, a cyst can form in the corpus luteum, filled with fluid or blood. They can happen whether you become pregnant during the cycle or not, and happens when the corpus luteum fails to break down and instead continues to grow larger after it’s released the egg, Peskin-Stolze says.

Is a Corpus Luteum Cyst Dangerous During Pregnancy?

A luteal cyst is generally harmless and will usually go away on its own. “The corpus luteum works to support the early pregnancy, but if a cyst is still present on the corpus luteum by the end of the first trimester or early part of the second trimester, it usually resolves itself,” Peskin-Stolze says.

If that’s not the case, your doctor will likely just keep an eye on it and ask you questions at your regularly scheduled appointments about whether you’re experiencing any pain or discomfort. They may order an extra ultrasound now and then to monitor its size and make sure the cyst isn’t causing any issues for your ovary.

However, it’s possible (though unlikely) for a corpus luteum cyst to rupture or twist on the ovary’s blood supply, which could cause pain and, in rare cases, endanger your ovary, says Peskin-Stolze. Read on to learn more.

Though uncommon, a corpus luteum cyst can burst open, either spontaneously or because of an external factor like a pelvic exam, sex or exercise, says Robbins. In these cases, the greatest concern isn’t the impact on baby, but rather on the mom-to-be. “Usually the amount of bleeding is small, but in rare cases the cyst rupture can cause internal bleeding, requiring surgery.”

Even rarer than a corpus luteum cyst rupture is an event called torsion. This happens when an ovary with a cyst gets twisted around the artery and vein that make up its blood supply. “The heavy weight of the cyst swings around the blood supply, kind of like a tether ball game,” Peskin-Stolze explains. It’s more common in the early second trimester, as the uterus grows out of the pelvis. A torsion would also call for surgery.

Symptoms of a Corpus Luteum Cyst in Pregnancy

In many cases, there aren’t any corpus luteum cyst symptoms. In fact, most pregnant women don’t even know they have a corpus luteum cyst, especially if they skip that early ultrasound that doctors use to confirm a pregnancy. Other times they show up as part of a routine pregnancy ultrasound.

If you do experience corpus luteum cyst symptoms, the most common is typically a dull ache in your lower abdomen, says Robbins.

When to worry? If your pain suddenly becomes intense. According to Peskin-Stolze, the following are some symptoms you might experience if, in the unlikely event, you’ve had a corpus luteum cyst rupture or become twisted:

If you experience any of the symptoms above, it’s important to seek medical attention. If your regular doctor is unavailable, or you experience these symptoms during off hours, it’s best to head to the Emergency Room to get checked out.

If you’re experiencing minor corpus luteum cyst pain, it’s fine to take over-the-counter medication like Tylenol (ibuprofen, like Motrin and Advil, isn’t recommended during pregnancy). Heating pads and warm (not piping hot) baths can also be effective ways to reduce pain naturally. If you have a large corpus luteum cyst or take any medication that increases your likelihood of bleeding, your doctor may recommend abstaining from sex, Robbins says. But most women have no pain and don’t need to restrict their activities.

In the event of corpus luteum cyst torsion, you’d likely undergo laparoscopic surgery—but don’t worry, it can be performed safely and effectively in pregnant women. “Sometimes the ovary needs to be untwisted, with or without removal of the cyst that caused it to twist in the first place,” says Robbins. “In some cases, the blood supply has been pinched off too long and the ovary needs to be removed.” But rest assured, those cases are rare.

Melissa R. Peskin-Stolze, MD, is an ob-gyn and assistant professor of obstetrics and gynecology and women’s health at Montefiore Health System and Albert Einstein College of Medicine. She earned her medical degree from Albany Medical College.

Camaryn Chrisman Robbins, MD, MPH, is a Washington University ob-gyn at the Women & Infants Center in St. Louis, Missouri. She received her medical degree from Wake Forest University in 2004.

What Causes Abdominal Pain During Pregnancy (and How to Find Relief)

What to Do About Dizziness During Pregnancy

The Truth About Taking Baths During Pregnancy