What to Do When You Have Hemorrhoids During Pregnancy

Yes, there are solutions to that unspeakable misery. Here’s what you need to know about pregnancy hemorrhoids and how to treat them. 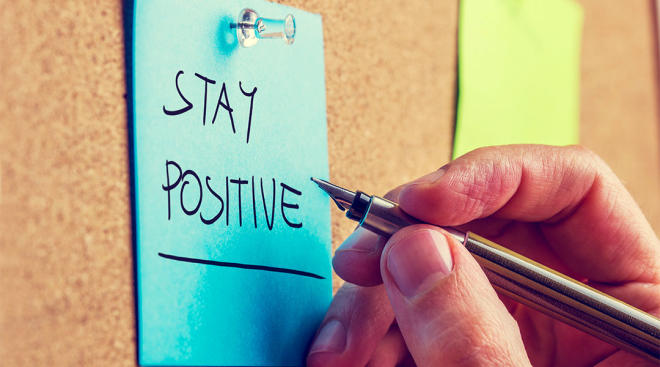 Talk about a pain in the butt. Unfortunately, hemorrhoids during pregnancy are quite common, especially in the third trimester. Your body undergoes a lot of changes when you’re expecting, and swelling veins in the derriere happens to be one of them. But there are steps you can take to prevent this uncomfortable condition, as well as ways to ease your symptoms. Read on for relief.

What Are Hemorrhoids During Pregnancy?

“The easiest way to understand hemorrhoids is they are varicose veins of the anus,” says Mary Jane Minkin, MD, a clinical professor of obstetrics and gynecology at the Yale School of Medicine. And pregnancy hemorrhoids are no different than ones you may experience when you’re not pregnant.

Veins in the rectal area get dilated under pressure, explains Scott Sullivan, MD, a professor of obstetrics and gynecology at the Medical University of South Carolina, and “when they dilate to a certain size, they have difficulty getting back to a normal size,” he says. “Pregnancy tends to aggravate them.”

Hemorrhoids during pregnancy (or any other time) can either be inside the rectum or external. External ones are more likely to bleed and be itchy, while internal hemorrhoids are typically more painful and can have some bleeding too.

Why Are Hemorrhoids More Common During Pregnancy?

Some people are predisposed to them, but for most women, hemorrhoids are more common during pregnancy. One reason is that moms-to-be frequently find themselves dealing with constipation. “The straining causes blood vessels to become swollen,” says Candice Wood, MD, an assistant clinical professor at the University of Arizona and Banner University Medical Center Phoenix. “In addition, higher progesterone levels cause the vessels to relax and swell.”

During pregnancy, a woman’s blood volume will also increase significantly, by about 50 percent. That means there’s more circulating blood and fluid inside the veins—so the veins are bigger just from being pregnant. Exacerbating matters is that blood flow from the lower half of the body tends to be sluggish and obstructed because of the enlarged uterus—and a growing baby puts even more pressure on the blood vessels. The weight of the baby and uterus on the rectum helps push hemorrhoids out. That’s why when moms-to-be have hemorrhoids, they tend to have the worst symptoms late in the third trimester. And guess what? You’re not the only one suffering silently back there: “Almost all women have hemorrhoids during pregnancy to a greater or lesser degree,” Minkin says.

How Do You Know If You Have Hemorrhoids During Pregnancy?

There are a few telltale symptoms to look out for. “Pain and itching are the two main things, which can be there all the time and worsen during bowel movements,” Wood says. Sometimes you can see the hemorrhoids, which look like skin tags sticking out. You may also feel a lump or a mass, or even a general pressure in the rectal area. Pregnancy hemorrhoids also tend to bleed, so check for spotting when you wipe.

How to Get Rid of Hemorrhoids During Pregnancy

First the bad news: Hemorrhoids are permanent, so unfortunately, you can’t get rid of them per se. The somewhat good news? Some women may not feel any symptoms, and if that’s the case with you, then you don’t have anything to worry about, Sullivan says. “Just monitor it.” However, if yours are uncomfortable, you can at least treat the symptoms. Here’s how to ease hemorrhoid pain during pregnancy:

• Ice pack. The simplest (not to mention cheapest!) remedy, a cold compress can offer immediate, albeit very temporary, relief.

• A sitz bath. This is an easy home remedy for pregnancy hemorrhoids. “If you’re having pain, your best friend is a warm tub of water,” Minkin says. “You don’t need to put anything in it—just sit there and read a book for 10 or 15 minutes. Get out of the tub, pat the area dry, and then take your hair dryer on low heat to the area—it’s soothing, and you don’t have to rub the area. Follow up with an over-the-counter medication (see below).

• Witch hazel pads. These have a cooling effect and can be used to clean the area or, when folded, as a compress to reduce swelling. One mom, plagued with no less than five hemorrhoids during pregnancy, found these pads to be especially helpful. “I use witch hazel wipes or pads every time after I go to the bathroom,” she says. In addition to generic witch hazel pads, you can also find treatments specifically for hemorrhoids, such as Tucks.

• Baking soda. Used wet or dry, baking soda can be applied topically to help alleviate the itching that comes with pregnancy hemorrhoids.

• Over-the-counter medications. There are several to choose from. Creams and ointments like Preparation H or Anusol provide a soothing protective layer over the tissue and help shrink the swelling, at least temporarily. For more severe cases, you can find formulations that contain steroids (which help soothe inflammation) or numbing agents (which are particularly helpful with painful hemorrhoids). As with any medication during pregnancy, check in with your doctor to make sure they’re safe for you to take.

How to Prevent Hemorrhoids During Pregnancy

Unfortunately there isn’t a foolproof way to completely prevent hemorrhoids during pregnancy. “I’ve had patients who were the absolute picture of health and did everything you can do, and they still got them,” Sullivan says. “There’s also a genetic component to it—if your parents had them, you’re definitely at a higher risk because veins come in different sizes and strengths.” Still, there are steps you can take to help prevent your veins from swelling:

• Avoid getting constipated. “Keeping the stool soft is usually helpful, to both prevent and manage hemorrhoids during pregnancy,” Minkin says. Drink lots of fluids—especially prune juice—and get plenty of fiber. If you’re still struggling with constipation, talk to your doctor about medication to soften stools.

• Aim for healthy pregnancy weight gain. Try not to gain more than the recommended amount of weight—the more you gain, the more pressure there is on the rectum, so being overweight can predispose you to having pregnancy hemorrhoids.

Though recovery is a slow process—between four to eight weeks after giving birth—symptoms will improve. With a shift in progesterone levels, you’ll notice the discomfort easing up. “In addition, irritation should lighten up if you’re controlling constipation,” Wood says. In the meantime, take comfort in knowing that hemorrhoids don’t typically cause any major medical problems. As Sullivan says, “We try to send the message that it’s going to be okay.”

Mary Jane Minkin, MD, is an ob-gyn at Yale NewHaven Health in New Haven, Connecticut and has been in practice for more than 40 years. She also serves as a clinical professor of obstetrics and gynecology and reproductive sciences at Yale University School of Medicine.

Scott Sullivan, MD, MSCR, is double board certified in obstetrics and gynecology as well as maternal fetal medicine and is a professor at the Medical University of South Carolina. He received his medical degree from the University of Louisville School of Medicine.

Candice Wood, MD, is an ob-gyn at Banner Health and an assistant clinical professor of obstetrics and gynecology at the University of Arizona. She earned her medical degree from the University of Colorado Health Sciences Center in 2005.