The Scary Pregnancy Symptom I Wasn’t Ready For 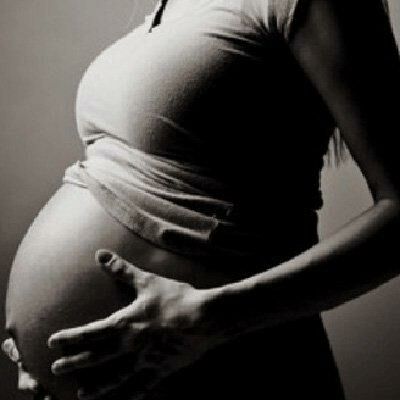 Stretch marks, loose skin, hair falling out — I can’t say I was exactly looking forward to those postpartum body changes — but at least I knew they were coming. There was one symptom, though, that I definitely wasn’t ready for.

At the beginning of my second trimester, I noticed a small lump under my right arm. It wasn’t red or painful and I figured it was an ingrown hair or some other shaving-related irritation; I wasn’t too worried about it. But when it became a little more prominent, I checked with my OB. By this point, it was noticeable when I wore a sleeveless shirt, but still, it wasn’t painful. My doctor recommended we wait  before trying anything and after another couple of weeks passed with no real change, she made me an appointment with a general surgeon to have an ultrasound done on the bump.

It was another couple of weeks before I could get in to see the doctor. In the time between appointments, I’d noticed the bump had gone down just a bit but I kept the appointment anyway. When I saw the general surgeon, he barely felt under my arm and wrote off the lump as a lymph node. He asked if I’d had any cuts or wounds in my hand or arm lately (I didn’t) and even though I didn’t think this was your regular cat-scratch fever, he seemed pretty set on thinking it was nothing. At the end of the appointment, I made the appointment to remove the lymph node.

Once I left his office, I began to panic. I was planning to deliver my twin babies via c-section, but how was I going to go under the knife again? I was nervous, anxious and totally upset. I decided to go for a second opinion, but the second doctor agreed: I’d need surgery to remove the lymph node sometime after my babies were born.

The day after my beautiful twins were born, my milk came in and the lump under my arm was more sensitive, swollen and noticeable than it’d ever been. I checked Google and found that there were other women who had experienced the same thing — a lump under the arm during or after pregnancy that turned out to be a bit of breast tissue that had migrated and settled under the arm. I hoped it was as simple as that. A call to my doctor and a few more tests would confirm it. Again, I was anxious, nervous, and on the verge of tears.

Waiting for the results from the biopsy was one of the most stressful times of my life. I really, really hoped that it was just breast tissue. My new family of four had just been created and now it was being threatened. But when the results came in, I could finally breathe. The mass that started in my second trimester turned out to be breast tissues. Harmless breast tissue. I had the surgery at six weeks postpartum and was left with an ugly scar — it looked worse than my cesarean scar! And because I was nursing, lifting and carrying two babies all day, it was incredibly painful and took a long time to heal. My milk supply on the right side took a hit for a while, but I was able to continue breastfeeding successfully.

But that didn’t matter. I had my health and my babies. We were all going to be okay.

Did you have any scary symptoms during your pregnancy?