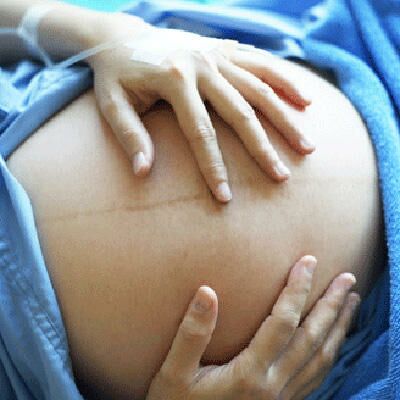 On Thursday, February 6th, the Society for Maternal-Fetal Medicine will hold its annual meeting known as The Pregnancy Meeting, researchers from around the world to share the latest news, studies and research in the name of maternal-free medicine. One thing they’ll be sure to share? The fact that noninvasive prenatal testing detected 83.2 percent of chromosomal abnormalities in baby that, in the past, have normally only been picked up by invasive testing strategies. To put it in layman’s terms: Noninvasive testing predicts 83.2 percent of the abnormalities in baby that were, at one time, only represented through invasive procedures.

The study, titled Rare Chromosome Abnormalities Detected by Current Prenatal Screening Compared to Expected Performance using Non-Invasive Prenatal Testing (NIPT), researchers found that 68,990 of 1,324,607 women tested positive for trisomy 18 or 21 when they underwent prenatal screening as part of the California Prenatal Screening Program between March of 2009 and December of 2012. They found that in invasive diagnostic testing with CVS or amniocentesis, of the 26,059 procedures performed, only 2,993 women were found to have abnormal results — and of those chromosomal abnormalities, 2,489 were abnormalities that would be detectable with NIPT; only 16.8 percent would not be detected.

Mary Norton, one of the study’s authors, believes that more of the abnormal results were detectable in moms over 40 who were at a higher risk for trisomy. She said, “While noninvasive prenatal testing with cell free DNA presents some real advantages in accuracy of screening for Down syndrome, as with everything there is a trade-off. Traditional aneuploidy screening with serum and ultrasound markers has higher false positive rates, but in these false positive cases are some fetuses with significant abnormalities that would not be found with NIPT. It is very important that patients and providers understand this trade-off.”

“In prenatal genetic testing, patient preferences are really the most important driver,” she added. “With this test, the patient makes a tradeoff between NIPT, which is noninvasive and detects most, but not all chromosome abnormalities — and is somewhat better in older women — and amniocentesis or CVS, which detect more chromosome abnormalities [8 to 25 percent more, depending on age] but with a small risk of miscarriage due to the procedure. For an older woman, detecting 83 percent with the noninvasive test may be good enough, while for a 25-year-old, failing to detect 25 percent [which may include rare aneuploidies not usually associated with age] may be of concern.”

Though non-invasive testing methods fail to detect 16.8 percent of chromosomal abnormalities, researchers in the fight for maternal-free medicine are optimistic that as awareness continues to grow, so will the percentage.

Do you think non-invasive testing is safer for moms-to-be? What Is the Nuchal Translucency Ultrasound?

Your Guide to Genetic Testing During Pregnancy
ADVERTISEMENT