From the confusing to just plain cringe-worthy, check out the worst celebrity baby names this year. 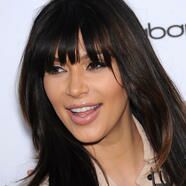 Rainbow
We love how bright and colorful the name is, but when Holly Madison and her beau Pasquale Rotella settled on that moniker for their baby girl, a lot of people hated it. Holly defended her choice, saying that, “Growing up, there was a girl in my school named Rainbow and I was so envious of that name. I thought it was so pretty and unique!” We think it’s a better fit for rainy days than a baby name, but Holly and Pasquale clearly love it!

Cricket
Oh yeah, you read that right. We were hoping that Busy Philipps and Marc Silverstein would choose a soft, delicate baby name for their second daughter — but the two-time mama shocked us all when she chose the name Cricket. Busy, already mom to daughter Birdie, never made a comment about her name pick, but she said that if her daughters end up in counseling, it won’t be for their names!

Sterling
Sorry, but we can’t help thinking of Mad Men’s womanizing Roger Sterling whenever we think of Olympian Shannon Miller’s daughter. It’s a hard name to nickname — and it sounds way too old for a little girl, doesn’t it?

*_Lincoln
*_Two sets of celebrity parents —Kristen Bell and Dax Shepard and MTV’s Teen Mom 2 star Kailyn Lowry — named their baby’s after the iconic president. Bell and Shepard chose it for their daughter, while Lowry picked it for her son — and though it’s an adorable way to remember one of our finest presidents, it’s not our favorite baby name pick.

Axl
Fergie and Josh Duhamel settled on a name for their son that embodied their love of music and rock ‘n roll — but not everyone felt the same. We’re sure he’ll grow up to be a cool little dude, but the name feels a little too grungy for a sure-to-be adorable toddler.

*_Beau
*_Jamie-Lynn Sigler and her fiancé Cutter Dykstra picked this rare baby name for their first-born son. It translates from French to mean “a male admirer” — and though we’re sure baby Beau loves his mom and dad, it feels more like a nickname you’d give to your partner than your baby.

Ace
First came Maxwell, and now it’s Ace! Though Jessica Simpson and Eric Johnson aren’t strangers to baby-name controversy, we were surprised when the mama-to-Maxwell and her fiancé picked this unusual name for their second-born. It’s modern and trendy, but it feels more like a sports-nickname you’d give to kid on the baseball field than a name for your son.

*North West
*Okay, we weren’t exactly surprised that Kim Kardashian and Kanye West decided give their preemie firstborn an unusual name, but their decision to call her North was still pretty shocking. Grandma Kris Jenner said they picked the name because it was their “highest point together.” And on the reality TV diva’s show Keeping Up With the Kardashians, Kim revealed that she and Kanye were considering dropping the last name and just going with “North.” We’re happy they decided to give their baby girl a full name, but still, we can’t help wondering what they’ll choose for baby number two.

Rocco
Jessica Simpson’s BFF CaCee Cobb and her husband Donald Faison never gave an explanation why they settled on this name, but every time we hear it we can’t help but think about the TV show “Rocco’s Modern Life.” Here’s hoping baby doesn’t wear that blue-and-maroon colored shirt!