While you’re going about your normal day, all this is going on right inside you. Cool (and a little weird), huh? 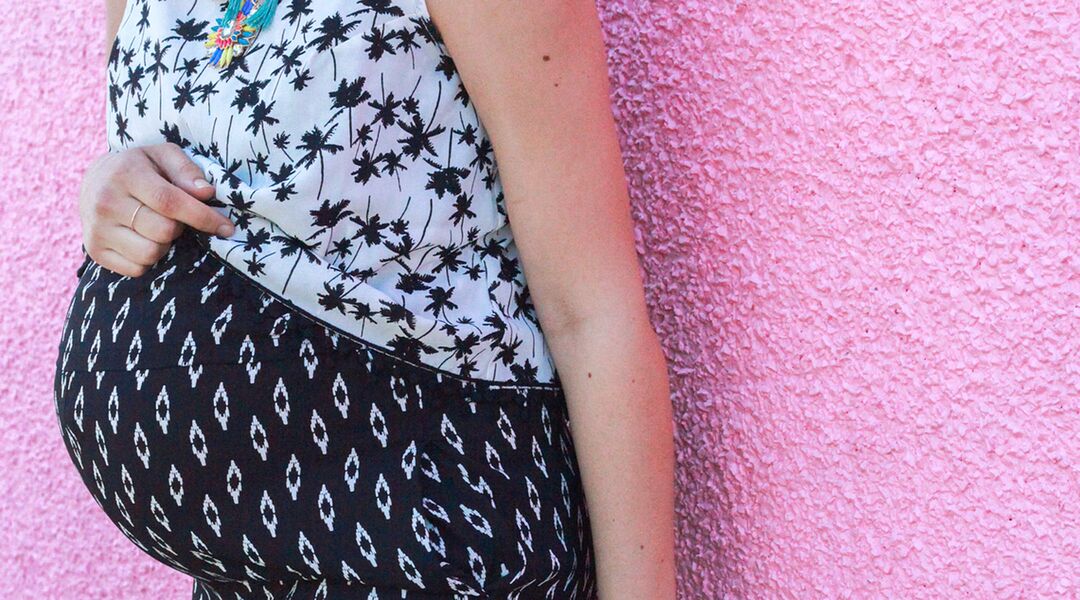 1. Your uterus is growing to 14 times its original size. Yep, it will stretch from the size of a pear to the size of a watermelon (and go back down again), says Sheryl Ross, MD, an ob-gyn in private practice in Santa Monica, California. The uterus holds between four and six pounds of liquid (that’s almost two pint glasses full!), like mucus and  amniotic fluid to cushion baby in utero.

2. Your heart is pumping a whopping 40 to 50 percent more blood than it did pre-pregnancy. It’s also beating 10 to 20 more times per minute than it did before. This is to fuel the umbilical cord and  placenta — and to prep for the main event: baby’s birth. Now, it totally makes sense why you get tired so much more quickly than you did in your prebump life, doesn’t it?

**3. Baby hears you (so watch what you say!).**By  18 weeks gestation, the ears will have fully developed, and baby can very likely hear your voice, the vacuum and the dog barking. When you sing to baby, he or she’s actually listening and may recognize the songs after birth as being extra-soothing.

**4. If it’s a boy, he could be having erections (sorry, but it’s true).**Even before birth, baby’s tiny reproductive system has started prepping. Between  20 and 23 weeks, a boy has already started making sperm. At that time, a girl’s ovaries and uterus are also fully formed, with a lifetime supply of eggs.

5. The placenta is doing the work of four organs. Sometimes called the “tree of life,” this organ (that you just recently grew!) is extremely elaborate and helps your baby eliminate waste, filters away bad things, supplies all his or her blood and feeds baby. Talk about the ultimate multitasker!

6. Baby tastes his or her meals. Believe it or not, by  week 20 of pregnancy, baby has developed taste buds, and is already learning to prefer the foods you eat. Some experts even believe you can shape baby’s palate by eating a wide variety of (healthy!) foods during your pregnancy. You’re probably already paying attention to what you’re eating, but here’s extra motivation to order a side of broccoli instead of French fries!

7. Your boobs are full-fledged milk producers. Nope, this isn’t just a postpregnancy thing. Hormones trigger  milk production pretty much right after you become pregnant, and by 20 weeks, baby’s first milk (a thin yellow liquid called colostrum) is already in there, Ross says. You may notice leaking during the third trimester — nothing that nursing pads can’t fix.

**8. (On a grosser note) Baby is making poop.**As you near the midpoint of pregnancy, baby starts producing meconium, the black, tarry substance that he’ll expel soon after birth to fill his first dirty diaper.

9. Baby can see the light. Around week 30, the irises are completely formed, meaning baby can see and might even react to light. And surprisingly, it’s not always completely dark in there. If you lie in the direct sunshine, you might notice baby move to try to shield his or her eyes.

10. Baby is rehearsing for his or her crying debut. Anticipating what it will be like to hear that first cry? Baby is too. Ultrasound photos have shown babies making crying and other facial expressions in the womb. This doesn’t mean baby’s sad, though. Crying is actually an important skill for baby to master, since it will be the primary way of communicating with you during those first exciting weeks.

How Big is Baby? Find out!

How to Treat (and Prevent) a Yeast Infection During Pregnancy

What to Do if You Notice Swollen Lymph Nodes During Pregnancy

How to Ease Uncomfortable Pregnancy Gas

What to Do When You Have Hemorrhoids During Pregnancy

Is Peeing When I Sneeze Normal?

What’s Going on With Your Hair During Pregnancy? (WATCH!)

How to Ease Itchy Skin During Pregnancy