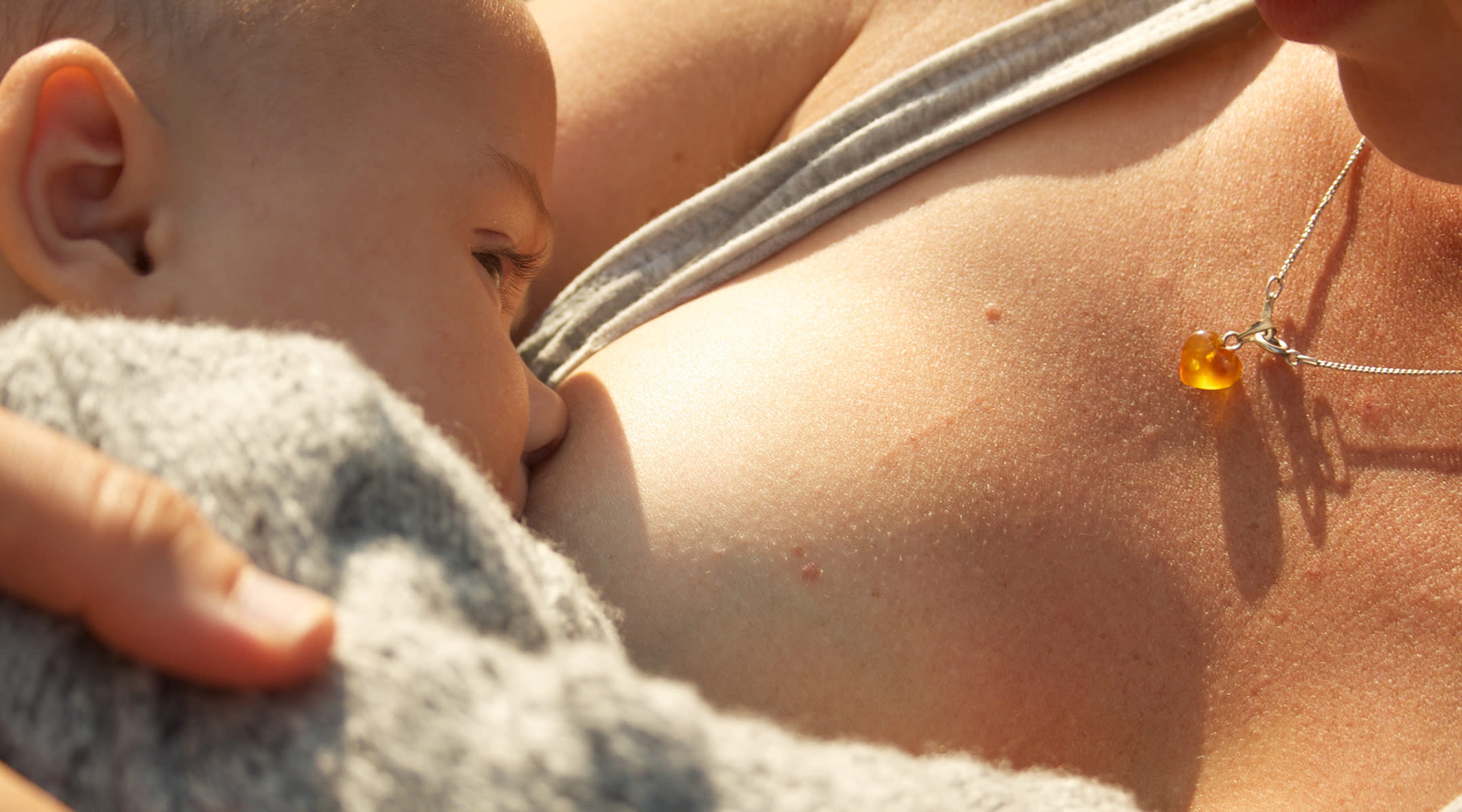 Still nursing your child but have a new baby on the way? Breastfeeding while pregnant is totally possible. Here, some challenges you may face and how to surmount them.

For many nursing women, breastfeeding is something that comes after pregnancy—but if you’re ready for baby no. 2 when your firstborn is still young, you might find yourself breastfeeding while pregnant. Nursing can come with its fair share of surprises and challenges, so you can bet the prospect of breastfeeding during pregnancy raises a bunch of questions for moms, starting with whether it’s even safe. Here’s what you need to know about breastfeeding while pregnant, the hurdles you might face along the way and tips to help make the whole process a little easier on you and your body.

Can You Breastfeed While Pregnant?

Yes, you can absolutely breastfeed while pregnant—it just might be harder to actually become pregnant while breastfeeding if you’re actively trying, says Maura Quinlan, MD, MPH, an assistant professor in the department of obstetrics and gynecology at the Northwestern University Feinberg School of Medicine in Chicago. That’s because prolactin, the hormone that powers breast milk production, also clamps down on estrogen, which is needed for ovulation. Still, there have been plenty of women who become pregnant while nursing a child.

Logistics aside, is it safe to breastfeed while pregnant? Generally, yes, it’s perfectly safe, Quinlan says. But every woman and every pregnancy is different, so it’s a good idea to at least let your doctor know you’re planning to continue nursing through your pregnancy. That’s because there are a few potential risks to keep in mind. “There can be some issues of making sure you get enough calories to make breast milk and support the current pregnancy,” Quinlan says. If your doctor has concerns about your weight gain or baby’s growth, they may ask you to increase your calorie intake to compensate.

The act of nursing can also stimulate your uterus, Quinlan says, adding that there’s a chance of preterm labor when breastfeeding while pregnant. “Nipple stimulation triggers the release of oxytocin, a hormone that causes milk release. Oxytocin also causes the uterus to contract,” explains Amy Spangler, MN, RN, IBCLC, author of Breastfeeding: A Parent’s Guide. “Most women experience uterine contractions while breastfeeding, but they are usually mild and often go unnoticed… Also, the uterus may be less sensitive to oxytocin during pregnancy, making the risk for uterine contractions even smaller.” However, if you have a history of going into labor early or have certain risk factors for a preterm birth, like placenta previa, your doctor may recommend weaning at a certain point during your pregnancy.

The Challenges of Breastfeeding While Pregnant

Breastfeeding can be hard under the best of circumstances, so it can be particularly trying during pregnancy. There are a few things to keep in mind.

First, your breasts might not feel great, especially in the first trimester. “One of the first signs of pregnancy is breast tenderness, so breastfeeding may be more uncomfortable due to the hormones of pregnancy,” says Diane L. Spatz, PhD, N-BC, FAAN, a professor of perinatal nursing at the University of Pennsylvania and nurse researcher and director of the lactation program at Children’s Hospital of Philadelphia. If you’re having breast pain and your nursing child is verbal, Spatz recommends talking to them about it. Tell them what’s most comfortable for you and do what you can to prevent them from biting.

You also may feel more exhausted than you normally would during pregnancy, since breastfeeding and pregnancy can each tire you out in their own right. That’s why it’s a good idea to work naps into your regular routine, go to bed early and try to outsource tasks like house cleaning and meal prep as much as you can to give yourself a break, says Leigh Anne O’Connor, a New York City-based board-certified lactation consultant and La Leche League leader.

Don’t be surprised if your milk supply takes a dip during pregnancy. “It’s unavoidable, due to the hormones of pregnancy,” Spatz says. If your child is older, they’ll likely be on solid foods during this time and may not notice a change. But if your child is on the younger side or you just want to increase your supply, you can try nursing or pumping more often, especially at night, Spatz says.

You should develop colostrum (the first form of milk that’s produced by your body) during pregnancy, which means your nursing child will get a taste—and they may not like it. They may even wean during your pregnancy because of it, O’Connor says. “This can be permanent, or, when the baby comes, they can ‘unwean,’” she says.

Tips for Breastfeeding While Pregnant

As your belly grows, it can be tough to rest your child across your chest or lap to nurse. That’s why O’Connor recommends using a side-lying nursing position with a pillow between your knees and under your belly for support. “There are pregnancy pillows that are long and thin—you can wrap this around your belly,” she says.

It’s also a good idea to pay extra attention to what you’re eating during this time and make sure you’re taking in enough calories, Spatz says. “Having high protein snacks on-hand is great,” she says, along with making sure you eat a balanced diet of fruits, vegetables, proteins and carbohydrates. “The key is small, frequent meals and snacks, and to stay hydrated with water,” she says.

Overall, experts stress that if you’re up for it, breastfeeding while pregnant is absolutely possible. “I fully support it,” Quinlan says.

Q&A: Is It Okay to Keep Breastfeeding My Two-year-old?

Top Breastfeeding Challenges Around the World (and How to Fix Them)

Q&A: Should I Take a Breastfeeding Class?

Q&A: Can I Breastfeed During Pregnancy?

14 Things I Wish I Knew Before I Started Breastfeeding

Reality Star Quits Breastfeeding After 3 Months: ‘I Know I’m Opening the Floodgates With This One’