You’re already going under the knife to get a c-section, so, while you’re at it, why not get a tummy tuck to flatten things out, too? Hm… not so fast. 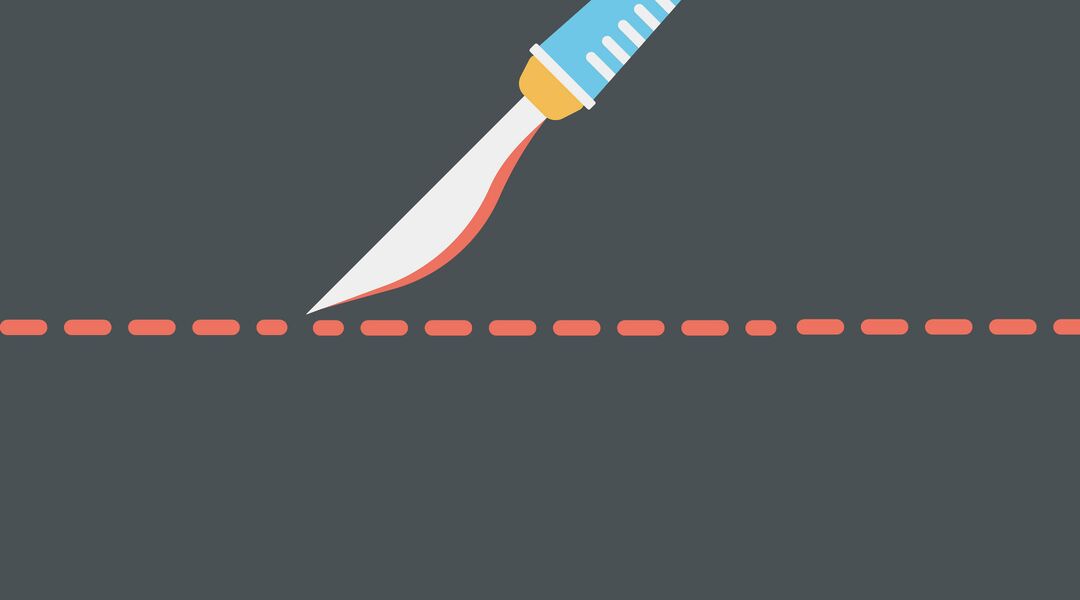 “A friend of mine told me I could have a tummy tuck at the same time as my c-section, if this is my last pregnancy,” says MacieLu8* on The Bump community boards. “I asked my doctor about it and he said, ‘Sure, I just did one of those last week.’ I’m so excited!”

There’s plenty of appeal to the idea of having a nip/tuck right in the same breath as a c-section. There’s just one dose of anesthesia, one operating room, and one recovery period for both surgeries. Plus, after nine months of watching the numbers on the scale go up and up, most women are eager to get their pre-baby body back. But is it really a good idea?

Getting a c-tuck means having two surgeries in the same timeframe. Baby is born by c-section; the OB and team whisk baby away, and then a plastic surgeon comes in to remove some abdominal flesh, possibly doing some liposuction in the process.

“A good candidate for this surgery is someone who’s already  obese or who has extra belly flesh that flaps down over the abdomen,” says Roshan. He says he had about three patients get c-tucks last year — all of them were obese.

Larry Fan, MD, board-certified plastic surgeon and founding director of 77 Plastic Surgery in San Francisco, says he performs about 100 tummy tucks each year, and only one or two of those happen at the same time as a c-section. “It’s pretty uncommon,” he says. “The essential idea seems great to a lot of mothers — to be able to do something at the same time as the delivery and that will get you your body back quicker. Typically though, plastic surgeons don’t recommend it, and most patients decide to wait until another time to have the tummy tuck.”

So what’s the problem?

Before you start making calls to book a c-section-plastic-surgery hybrid, doctors say that c-tucks don’t really live up to the hype. Here’s why:

Obviously, the point of a tummy tuck is to look your best afterwards, and the experts say that in order for that to happen, the patient should be at her ideal weight and shouldn’t have additional weight gain and a stretched-out uterus.

“Studies have shown that the results aren’t as good they would be when a tummy tuck is done alone,” says Karol A. Gutowski, MD, FACS, board certified plastic surgeon at MAE Plastic Surgery in Northbrook, Illinois and member of the Patient Safety Committee of the American Society of Plastic Surgeons. “During pregnancy, the muscles and skin stretch, so it’s easy to think you’re tightening, when you’re really not. There’s residual abdominal skin, bulging and problems with the belly button. Overall, the aesthetic isn’t as good as it would be if you had a tummy tuck at the right time.” Usually, that’s at least a few months postpregnancy.

Sure, you’ve got an operating room booked for your c-section, but that doesn’t mean your plastic surgeon will work best there. “There aren’t a lot of cosmetic surgeons who are used to working at 2 a.m.,” says Gutowski, “Imagine this: There’s a screaming kid in the room and an obstetric team concentrating on keeping the baby alive. Would a plastic surgeon do a good job under those conditions?” And remember that the medical community discourages scheduled c-sections for non-medical reasons, so planning ahead for a combo surgery probably isn’t a good idea either.

“For a woman during pregnancy, there are a lot of things going on with her body. She’s more likely to get blood clots and to retain fluid,” says Gutowski. “Also, there’s a higher risk of infection when you’re also operating on the uterus.”

After the procedure, new moms aren’t just recovering from a cesarean; they’re recovering from the tummy tuck, too. “The stomach muscles are tightened during a tummy tuck, so there’s a restriction on strenuous activity,” says Fan. “You won’t be able to do heavy lifting for six weeks afterwards. That’s not compatible to the idea of taking care of a newborn.”

Still, he says, “some people accept the risks for the benefit of getting two procedures at one time.”

“I pray I have an awesome doctor that will allow [a c-tuck],” says GreenGirl78. “I will only need to recover once.”

Don’t confuse it with…

Just to set the record straight, “c-tuck” can be a misused term. Some doctors might tell you they’ll take off a little extra skin or remove a previous  c-section scar after the cesarean birth, and while they might refer to it as a mini c-tuck, it’s not really the same thing. “That’s minor stuff that we don’t call a tummy tuck,” says Roshan.

For some minor procedures, a plastic surgeon may not be necessary — an obstetrician can handle it. Just proceed with caution. “Some doctors have more experience doing that than others,” he says, so before you commit, ask about your doctor’s track record with cosmetic procedures during c-sections, and weigh any risks carefully.

*Usernames have been changed.

10 Things No One Tells You About C-sections