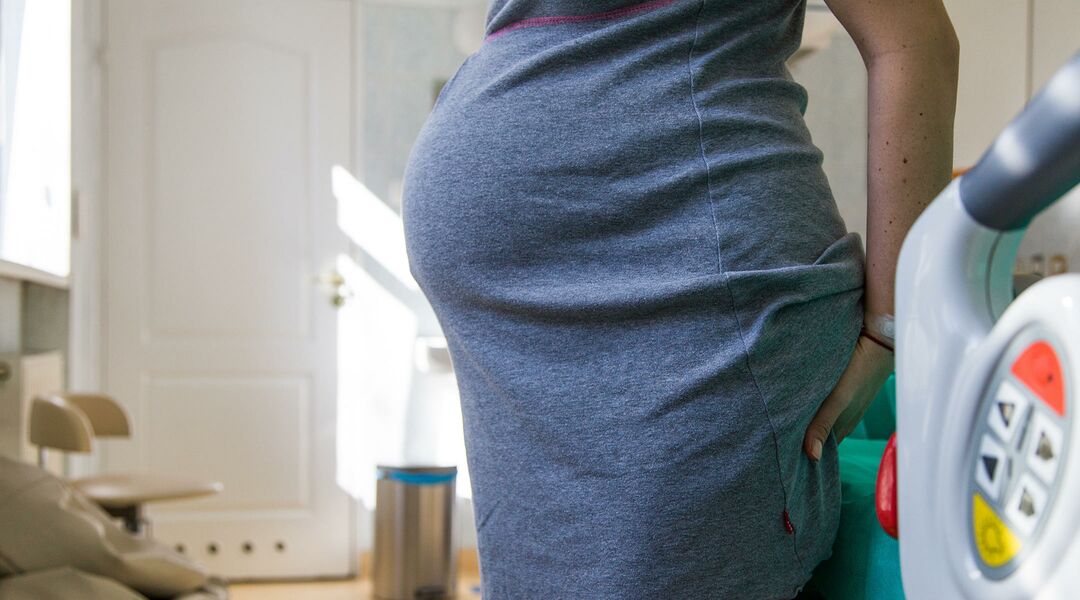 Hoping to have a VBAC with baby number two? The latest study says that two-thirds of moms-to-be who attempt a natural delivery after having a c-section for their first births are successful. (Take that, science!)

The research, published in BJOG: An International Journal of Obstetrics and Gynaecology, was conducted by the Office for Research and Clinical Audit (ORCA) was aimed at investigating which factors determined the uptake and success rates of vaginal deliveries following c-sections. In order to figure out the differences, researchers collected information from 143,970 moms who had delivered their first-born via c-section between 2004 and 2011. They found that just over half of the women (a cool 52 percent) attempted a vaginal delivery after their c-section.

Younger women, aged 24 or younger, were more likely to attempt a VBAC delivery than women over the age of 34. At least 60 percent of young moms were willing to try versus 45 percent (but, it should be noted, that both percentages are remarkably high; proving that where there’s a will, there’s a way!). And of all the women who attempted a VBAC, almost two-thirds (63 percent) had a successful natural delivery.

Following the results, researchers found that having a c-section first determined a strong likelihood for a successful natural delivery the second time around.  Lead researcher Hannah Knight said, “The majority of women with an uncomplicated first caesarean section are candidates for attempting VBAC, but our data found that only half of those women chose this option. An informed discussion about whether or not to attempt a vaginal delivery after a caesarean section requires an assessment of the risk of emergency caesarean, and this paper provides valuable information both for women and the obstetricians and midwives caring for them.” While John Thorp, deputy editor-in-chief of the BJOG said, "This study shows encouraging results with the majority of women who attempted a natural delivery after a primary c-section being successful.

“Current UK guidelines state pregnant women with a primary c-section and uncomplicated healthy second pregnancy should be given the option of a vaginal birth for their next baby, or an elective-repeat c-section, and counseled on the risks and benefits of both. Women with any questions about their delivery options should consult with their midwife or obstetrician.”

Do you think this is good news for moms who want to try for a vaginal delivery?