Baby Names Inspired by the Magical ‘Oz the Great And Powerful’ 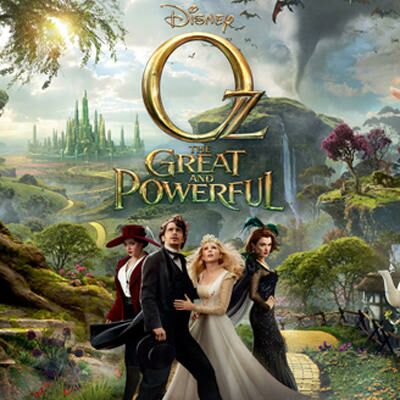 With _ Oz the Great and Powerful _gearing up to make a very magical splash into movie theaters across the country, we figured it was only a matter of time before the stellar cast, crew and characters made their way into your hearts — again!

Growing up, The Wonderful Wizard of Oz  was one of my favorite films. I watched it with my parents, begged my grandparents to watch it with me, reenacted scenes with my cousins at every possible instance, and even now in times of trouble, I click my ruby red heels together and pray I’ll end up back in Kansas.

So today, we’ve put the best of both worlds together for your future baby girls and baby boys. We’ve got the sweetest baby names brought to you by Oz the Great and Powerful, with a little inspiration from the original 1939 cast and crew thrown in there!

Emerald — inspired by the Emerald City

The Wonderful Wizard of Oz inspiration:

Zeke — inspired by the Cowardly Lion

Judy — inspired by the actress, Judy Garland, who played Docorthy in the 1939 film

Billie — inspired by the actress, Billie Burker, who played Glinda the Good Witch in the 1939 film

Frank — inspired by the actor, Frank Morgan, who played Professor Marvel, the Wizard of OZ in the 1939 film

Which Oz name do you love best?