“I love this mini human already!”
save article 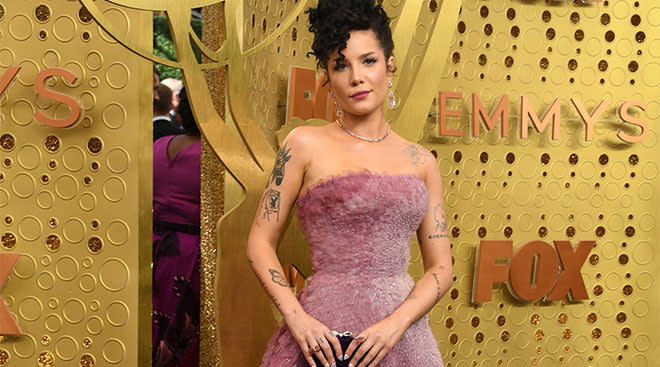 Halsey is going to be a mom!

The singer, 26, announced her pregnancy on Instagram on Wednesday, January 27, posting three images showing off her bump and writing in the caption, “Surprise!” She tagged screenwriter Alev Aydin in her post over her bump, who shared the post to his stories with heart emojis. He also commented on her post, “Heart so full, I love you, sweetness,” to which Halsey replied, “I love you!!! And I love this mini human already!”

In February 2020, Halsey opened up to The Guardian around her miscarriage. “It’s the most inadequate I’ve ever felt,” she told the outlet. “Here I am achieving this out-of-control life, and I can’t do the one thing I’m biologically put on this earth to do. Then I have to go onstage and be this sex symbol of femininity and empowerment? It is demoralising.” The singer also revealed she has endometriosis, but that, even still, motherhood is “looking like something that’s gonna happen for me. That’s a miracle.”

In her notes for her album Manic, released last year, the singer said her song “More” centers around her struggles with reproductive health and desire to freeze her eggs. “For a long time, I didn’t think that having a family was something I was going to be able to do, and it’s very, very important to me. Then one day my OB-GYN tells me it’s looking like I maybe can, and I was so moved,” she wrote. “It felt like this ascension into a different kind of womanhood. All of a sudden, everything is different. I’m not going to go tour myself to death because I have nothing else to do and I’m overcompensating for not being able to have this other thing that I really want. Now, I have a choice. I’ve never had a choice before. Lido [the producer Peder Losnegård] and I built the fading instrumental at the end of the song to sound like a sonogram, like you were hearing the sounds from inside a womb. It’s one of the most special songs I’ve ever made.”

Congratulations to the mom-to-be!

These Are the Names Ashley Graham Has Given Her Twin Boys
Article saved.Go to My Saved Articles
Article removed.
Name added. View Your List