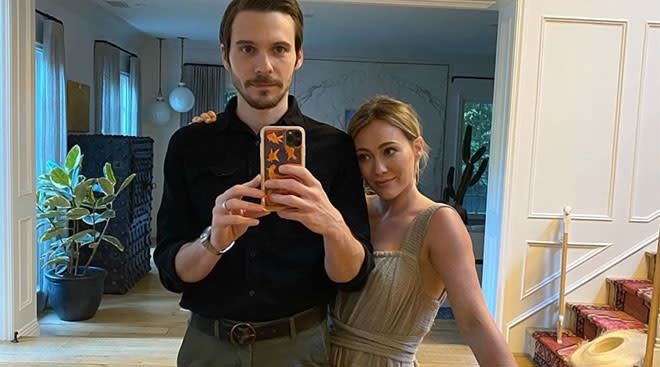 Hilary Duff is pregnant with her third child!

The actress announced that she and husband Matthew Koma are expecting over the weekend. She broke the news with an adorable Boomerang on Instagram that showcased her growing bump.

“We are growing!!! Mostly me…” Duff wrote in the caption on Saturday, October 24.

The couple also share daughter Banks, 2, and co-parent Duff’s son, Luca, 8, with her ex-husband Mike Comrie. Duff and Koma tied the knot in December 2019 after dating for close to three years.

While the couple had previously discussed growing their family, the pandemic halted their plans, Duff told People in July. "We’re obsessed with our kids and [we’re like], ‘Should we do one more? Is this a good time?’” she told the outlet. “It’s tough because everything is so uncertain. Like, is it safe to have a baby right now? We don’t know. Can we hold on for two years or is work gonna be crazy? We’re always kind of talking about it and toying with the idea, but nothing too serious yet.”