“We're very excited, and we’re grateful for all the well wishes we've gotten from people all around the world. Thank you so much.”
save article 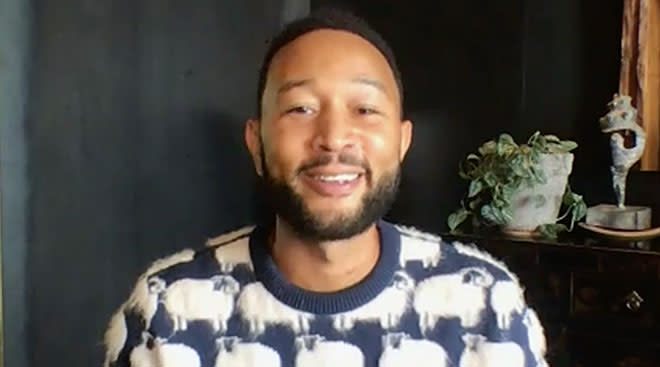 The news is official—Chrissy Teigen and John Legend are expecting baby no. 3!

The couple broke the news late last week with Legend’s music video for “Wild,” in which he and Teigen can be seen cradling her baby bump. However, in a recent interview with TODAY, Legend, 41, revealed he and Teigen were just as surprised as everyone else.

“It was a surprise, a little quarantine surprise, I guess you could say,” Legend told TODAY. “But we’re very excited, and we’re grateful for all the well wishes we’ve gotten from people all around the world. Thank you so much.”

Over the weekend, Teigen, 34, answered a fan’s question around the pregnancy and whether she knew when she had her breast implants removed in June. She revealed on Twitter that how she found out she was pregnant this time around is “quite a story.”

"I did the routine pregnancy test you do before surgery,” Teigen explained. “It said negative. It was not negative….A few weeks after surgery, I took a test. And for many years now, I’ve taken pregnancy tests almost every month, praying to see a positive one day. Just wishful thinking. I never had a positive before.”

She continued, “I woke up with [John] and was like man, should take my monthly test to be disappointed…I was not disappointed. But I was scared sh*tless. Was pretty positive you shouldn’t get your boobs out while pregnant? Pretty sure.”

She then went on to explain that the couple was terrified going to every appointment. In fact, Teigen didn’t think she could get pregnant naturally. In the case of both their kids, Luna and Miles, the couple had used in-vitro fertilization.

In 2017, Legend opened up to Cosmopolitan about the couple’s difficulties with conception. “I think it’s especially difficult when you can’t conceive naturally. You want to feel like everything’s working properly and want everything to be perfect, but sometimes it’s not. I wouldn’t say we can’t conceive naturally, but I would say that it’s enough of a challenge where it felt like we needed help."

These Are the Names Ashley Graham Has Given Her Twin Boys
Article saved.Go to My Saved Articles
Article removed.
Name added. View Your List