And due sometime this summer!
Save article
ByNehal Aggarwal
Associate Editor
PublishedMar 2020 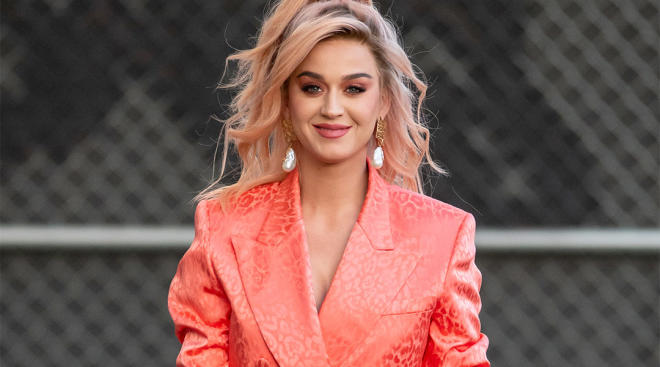 The singer revealed the happy news in a new music video for her latest song, ‘Never Worn White,” early this morning. In the lyrics Perry sings about her fear of commitment, as well as her excitement for the next phase of her life. (“I’ve never worn white/But I’m standin’ here tonight/Cause I really wanna say ‘I do,’” she sings.) The music video ends with a shot of the singer in a sheer outfit, lovingly caressing her bump.

Perry confirmed the pregnancy in an Instagram Live following the music video’s premier on YouTube, PEOPLE reports, stating this has been “probably the longest secret I’ve ever had to keep.” She and Bloom are excited to welcome baby into the world—which she revealed will be sometime this summer. “There’s a lot that will be happening this summer, not only will I be giving birth—literally—but also figuratively to something you guys have been waiting for,” she said, probably referring to her upcoming album.

As for what her pregnancy journey has been like? Perry revealed her pregnancy cravings including anything spicy. “Literally never cared for spice and now I have to carry Tabasco sauce in my purse,” adding that she’s also developed an aversion to certain foods. “Foods that gross me out now are beef,” she told fans. “I’m not really into red meat. Thank God for the Impossible Burger.”

The baby is the first for Perry and second for fiancé Orlando Bloom, who also shares a 9-year-old son with ex-wife Miranda Kerr. Perry and Bloom got engaged on Valentine’s Day last year.

Congrats to the expectant couple!