Get ready to tune into that Giraffe Cam this coming spring!
ByLaurie Ulster
Contributing Writer
PublishedJul 2018 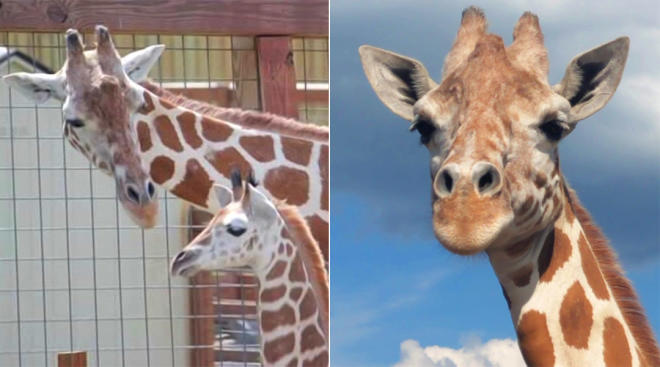 April, the giraffe that captivated over a million people who watched her give birth last spring, is pregnant again.

The long-necked mama was cleared to mate again in October, but her caregivers at Animal Adventure Park in Harpursville, New York didn’t force things and instead let nature take its course. And it did! Her fifth baby is due this spring.

The Park posted a Facebook video about a month ago announcing they were goign to give April a pregnancy test, which is far from the simple pee stick we humans are used to. The staff collected a month’s worth of giraffe poop samples, then shipped them off to be tested and waited, probably not quite patiently, for the results.

While the test confirmed the pregnancy, we won’t know if the baby is a boy or a girl giraffe until the birth. What we do know is that the pregnancy is good news for more than just April. “Every calf counts,” Patch said. “Giraffe populations have declined by 40 percent in the past 30 years, so every calf born in a captive management program means something.”

While we still have a while to go, the Giraffe Cam is already back up and running. Who’s ready for another vigil?