“Being able to have a child…I’m knocking at 40’s door in February. Taking care of myself means a lot to me.”
facebook
twitter
copy link
share
save
ByNehal Aggarwal
Associate Editor
PublishedOct 2020 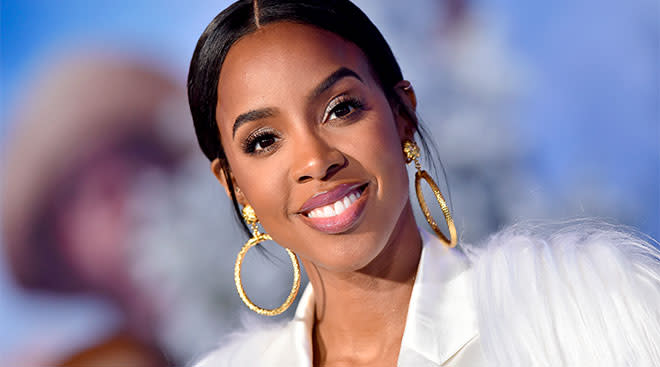 The singer, 39, revealed the news on Wednesday, October 7.

“We had been talking about it loosely, and then COVID happened, and we were just like, ‘Let’s see what happens,’” she told the outlet, adding that while she’s felt lucky to have gotten pregnant easily, she was nervous to share the news since so many people in the country are suffering right now. “You still want to remind people that life is important. Being able to have a child…I’m knocking at 40’s door in February. Taking care of myself means a lot to me.”

“I was thinking, ‘Oh my god, my fans are gonna be so disappointed.…They wanted an album first, but they got a baby!’ And I was like, ‘I have to figure this out so they get both,’” she quipped.

So far in her pregnancy journey, the singer says her first trimester has been tough with an “overwhelming sense of exhaustion,” and quite different from her first pregnancy, during which she remained active. “I swam, I did yoga, I did weights, I jogged and walked,” Rowland explained, noting that this time, she’s sticking to walking, stretches and yoga.

Rowland has also kept up some of her healthy habits, including drinking four liters of water every day, trying not to eat meals past 7 pm and eating smaller meals, but more frequently to stave off any cravings, which she revealed so far have been chocolate and peanut butter.

The singer and husband Tim Weatherspoon, also share a 5-year-old son, Titan, and can’t wait for the new arrival. In the meantime, however, they’re cherishing the alone time they have left with their son. “When he’s ready to play, it’s very real,” Rowland told Women’s Health Magazine.