Check out the monikers we loved this year — could these overthrow Jacob and Sophia as the reigning most popular baby names? 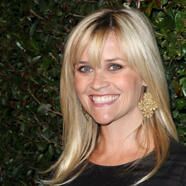 *_Camden
*_Two celebrity couples — Nick and Vanessa Lachey, and Jay Cutler and Kristin Cavallari — named their baby boys Camden this year. The Gaelic name means “winding valley.” Nick and Vanessa say they were inspired by the street Vanessa’s OB’s office is on, Camden Drive. No word on how Jay and Kristin made the choice, but it’s cute, huh?

*_Etta
*_Carson Daly and girlfriend Siri Pinter named their baby girl Etta Jones. When we hear the name, we can’t help but think of jazz singer Etta James and her amazing voice, which never goes out of style. We approve!

*_Edward
*_No, reality stars Giuliana and Bill Rancic weren’t inspired by Twilight when they named their son Edward Duke. Giuliana has said, “Edward is both Bill’s late dad’s name and my dad’s name… It was a way to honor them.” What a touching tribute.

*_Penelope
*_Kourtney Kardashian named her baby girl Penelope this year, and the name intrigued us! While it’s a name everyone seems to know, it’s not that common, so it can set baby apart from the crowd. We love that it’s feminine and reminds us of a character from a fairy tale.

*_Macallister
*_After Yahoo CEO Marissa Mayer gave birth to a boy in September, she and her husband, Zack Bogue, sent out an email asking friends and family to help them pick a name. “Name TBD — suggestions welcome!” they wrote. In the end, the couple settled on Macallister, which sounds Scottish and regal. And supposedly, Marissa loves Ms!

*_Finn
*_Scottish and Irish baby names have really hit it big this year! Another adorable one is Finn, which Tori Spelling and Dean McDermott recently named their newest baby boy. It means “fair,” and we can see it working for a tough guy _or _someone more sensitive.

*_Lorenzo
*_While she was deciding on baby names, Jersey Shore’s Snooki said, “I want something Italian and normal. Not Blanket. Or Lamp.” And we’ve got to hand it to her for choosing a name that not only isn’t tacky, but also has a really nice ring to it.

*_Tennessee
*_Reese Witherspoon named her new baby boy after her home state. And while we probably wouldn’t recommend our best friend name her baby Tennessee, it really works for Reese. What a nice way to honor a place near and dear to her heart.